Johanna Marie Frejoles Leave a Comment on Santander Diaries: How I Ended Up Moving Here

I never thought a city girl like me would end up moving here in Santander. A quiet town in the southernmost tip of Cebu island. 14 years ago, my mother wanted me to live here but my younger self couldn’t give up the fun city life. I also couldn’t imagine leaving my friends, go to a new school, and start all over again.

Despite the hardships I had to face as a teenager away from my family, I was glad that I didn’t move here until I got older. Looking back, I never would’ve learned how to be independent and resourceful if I moved here with my mom a long time ago. I’m glad that I had to learn how to stand on my own and support myself because I had no one else to lean on.

What made me leave the oldest city in the country

Cebu City is definitely one of the best cities in the Philippines to live in especially if you are working for the creative industry. In fact, just recently, Cebu City became the second city in the Philippines, after Baguio City, to receive a distinction from UNESCO as a Creative City of Design.

The art and culture community is thriving and every day, you get to be part of it. It was all fun and exciting, until it didn’t.

Despite being hailed as one of the best livable cities in Asia, for me, Cebu City is just not worth it anymore. Some may say that it is starting to descent to urban decay. I don’t think so. For me, the old streets just couldn’t keep up with the rapid development. The daily commute will kill you. I couldn’t even describe the worsening traffic issue everywhere.

It got to a point where I couldn’t find a reason to stay there anymore. I could just bring my work anywhere I want to so long as there’s a good Internet connection.

I wanted a more quiet environment, although the deafening silence here would sometimes make me miss the loud noises in the city.

But it felt like I was stuck there. I had been doing the same thing for years and it felt like I wasn’t improving. The comforts and conveniences of the city have dried up my creative juices. I guess that’s what happens when there’s a lot of opportunities and options thrown in front of you.

I had to give up what I was used to when I moved here. Instead of punctuating my day with the conveniences of the city, I don’t have a choice but to actually find a way to work on what is available here. But these limitations are actually what’s making my creative juices flowing once again. Indeed, constraints drive creativity.

My original plan was to move to Baguio City. I wanted to live near the mountains, but not far away from the city. Baguio also has a vibrant art community. However, my recent trip to Baguio made me realize a lot of things. I ended up going back to Cebu with a different heart.

I fell in love with country life.

In the end, Santander became the best place for me. I wanted to reconnect with my family considering that I spent almost half of my life away from them. And if I have to travel somewhere, Dumaguete Airport is less than an hour away. Or I can just get on a bus and travel for 4 hours to Cebu City.

I am living in a house across my family’s and I think this setup is good for me. I am used to living alone and I really need a place all by myself to think. I never thought I would actually love it here.

Moving here has forced me to live a more purposeful life. I never had a routine when I was still in the city. I would usually wake up at 2 in the afternoon but actually get up at 5 just because I can simply order online if I’m hungry. There are no 24-hour convenience stores here and the nearest sari-sari store is half a kilometer away. This forced me to have a routine and stock up as much as possible.

I used to be a night owl but living here forced me to become a morning person too. It has made me healthier and more productive. I tell you, being a morning person is good for you. It did wonders to my mental and physical health. Ever since I moved here, I no longer have horrible episodes of anxiety.

I adopted three dogs and also created a vegetable garden so I can’t just sit around and do nothing. Or else, they will die – literally. Vegetable gardening has made me an active member of our community too. More people would come here and talk to me about my plants. People here have been teaching me how to properly grow some of my crops. In exchange, I give them seedlings so they can also plant their own. Just recently, a neighbor gave me red bell pepper plants because I gave her a tomato plant. Simple things like this have made me a better person in the society.

And did I say, the southernmost tip of Cebu is the best place to watch the sunset in Cebu? I kid you not. This is what I see every day. 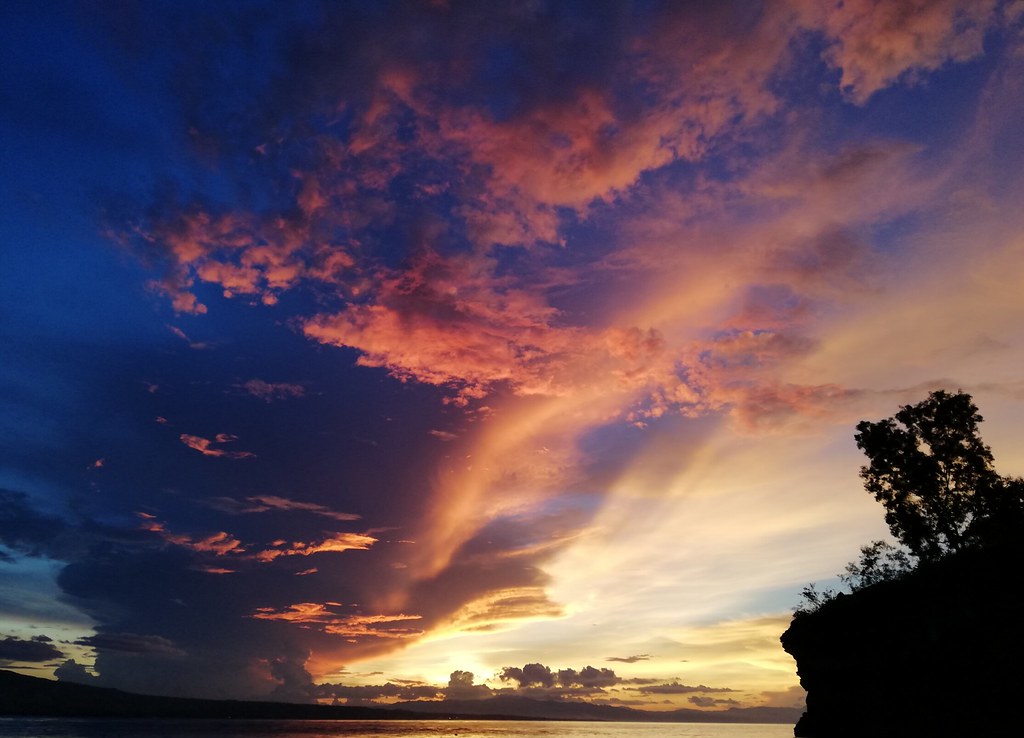 I will never get tired of watching the sunset.

I’m more of a mountain person but living a stone’s throw away from the beach is not so bad after all.

Wrong time to visit the beach. So many seaweeds! But I enjoyed the view anyway. Crocheted top from @cebu_crocheteria

I’ve become accustomed to life here that I don’t miss the city anymore. I know that moving here is definitely one of the best decisions I made. Who would have known that Santander is a place I actually wanted to stay in for a while. 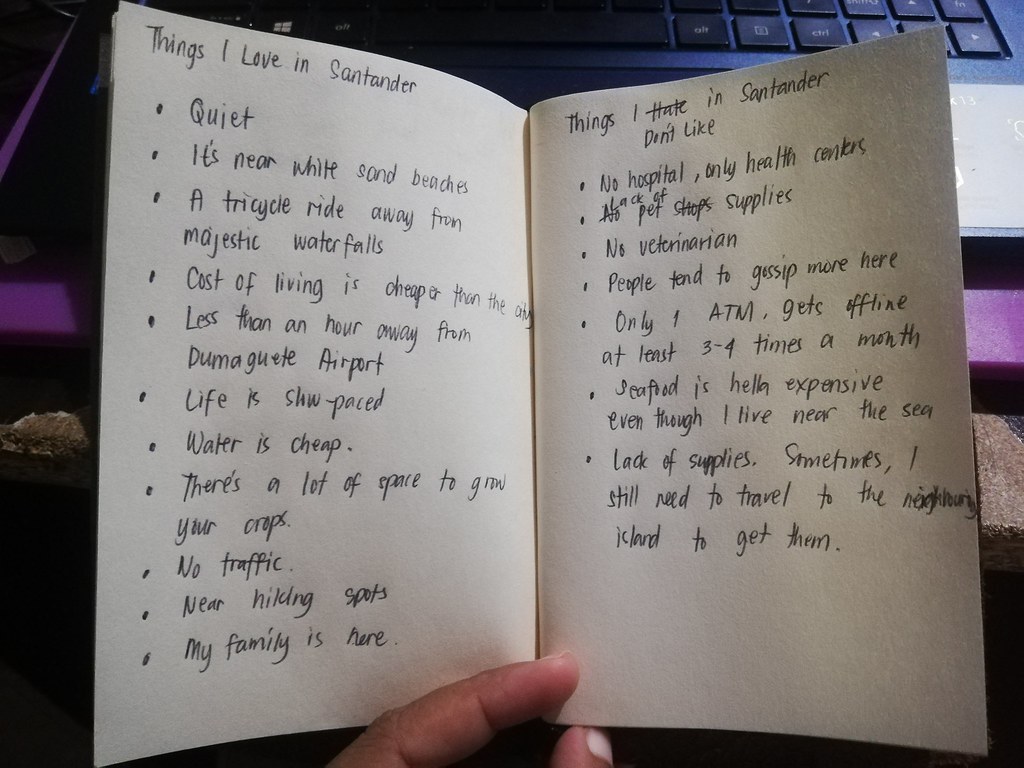 I know that I won’t be staying here forever. When it is time to move again, I know that I will miss Santander and the life I built here.