Have you ever experienced traveling to somewhere and you enjoyed the transit more than the destination? Well, it was basically what happened to my recent trip to a small town in the northwestern part of Cebu called Tuburan.

I was itching to go to Tuburan for a long time because I wanted to visit an old friend in the cemetery. It was 7 years ago since I last visited this town, and I was all heartbroken during that time. He was one of my closest bestfriends, and his death brought about a significant change in my life. 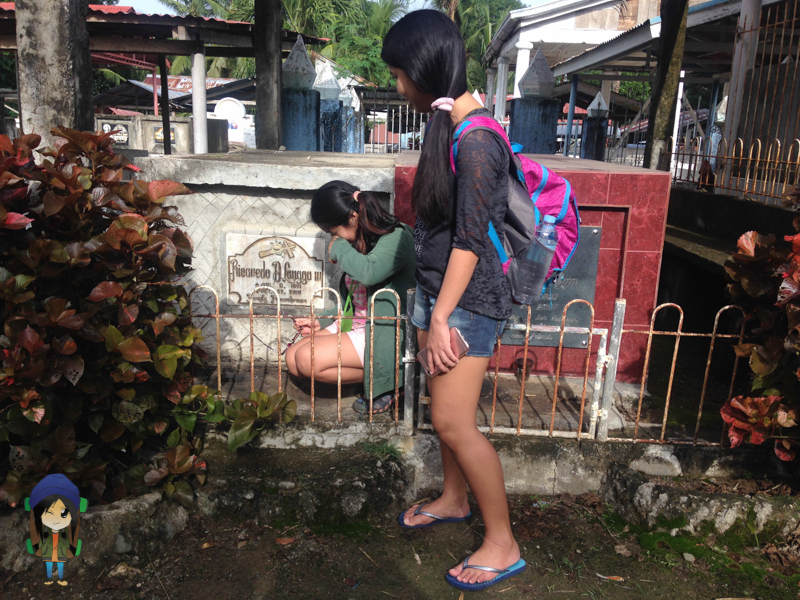 Anyway, I invited some of my friends to come with me because I also wanted to visit a few spots in this small town. Tuburan is one of the most peaceful municipalities in the northwestern side of Cebu. Surprisingly, this town offers several natural wonders and I was all hyped to visit all of them.  I was accompanied by my high school friends, Bernadette, Rj, and Lyn, and two of my blogger friends – AJ and Sean.

Right after we left the cemetery, we went back to the town center and looked for motorcycle drivers who can lead us to our first destination – Marmol Cliff. Prior to the trip, I’ve asked some of the people I know what it is like going to Marmol Cliff. They all said the same thing. “It’s intense, Han.” 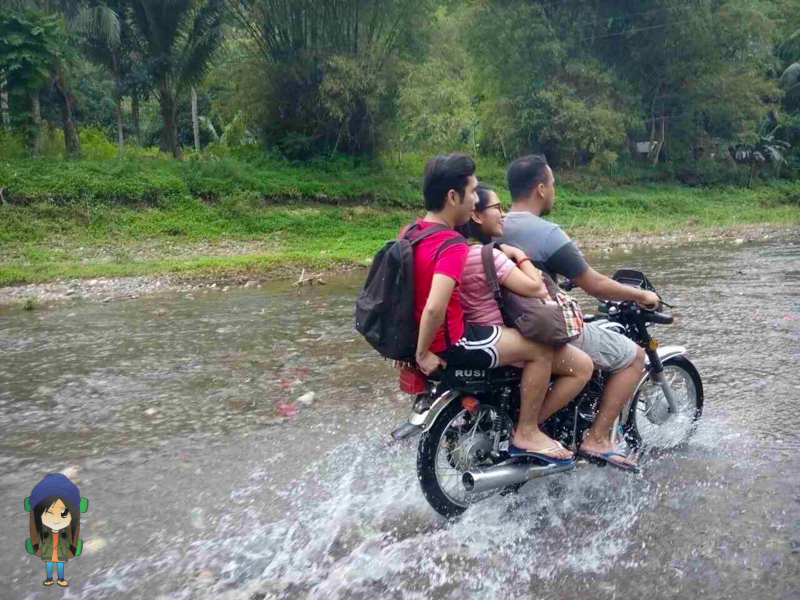 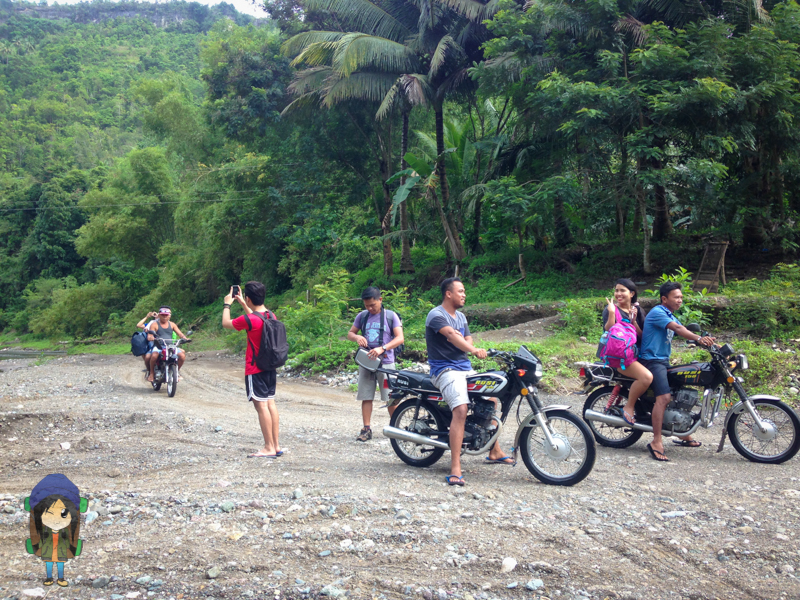 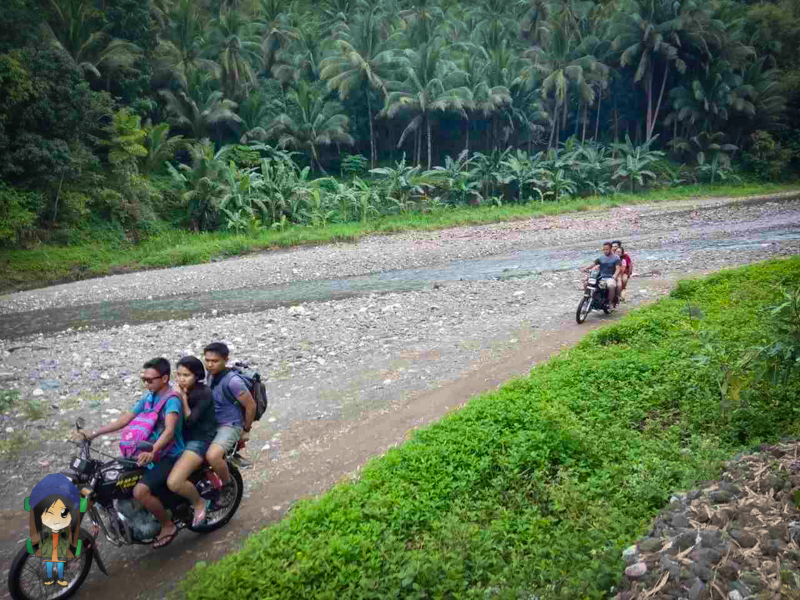 You will literally cross the river and against the current at that. There were several times where I can feel my butt sliding off the seat right after a big bump. We were all wet and I wished I should have worn sandals instead of my trekking shoes. It was one hilarious ride!

Marmol Cliff, in my own opinion, is not as beautiful as I expected it to be, but I was captivated by the place because it looked like a gateway to somewhere magical. In fact, one of my friends said that she thought Marmol Cliff was just an entrance to somewhere else. Haha! 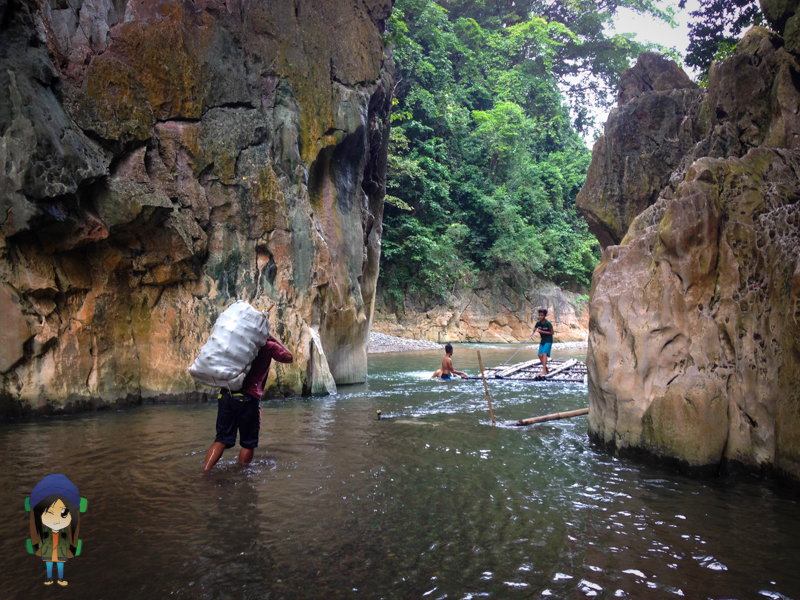 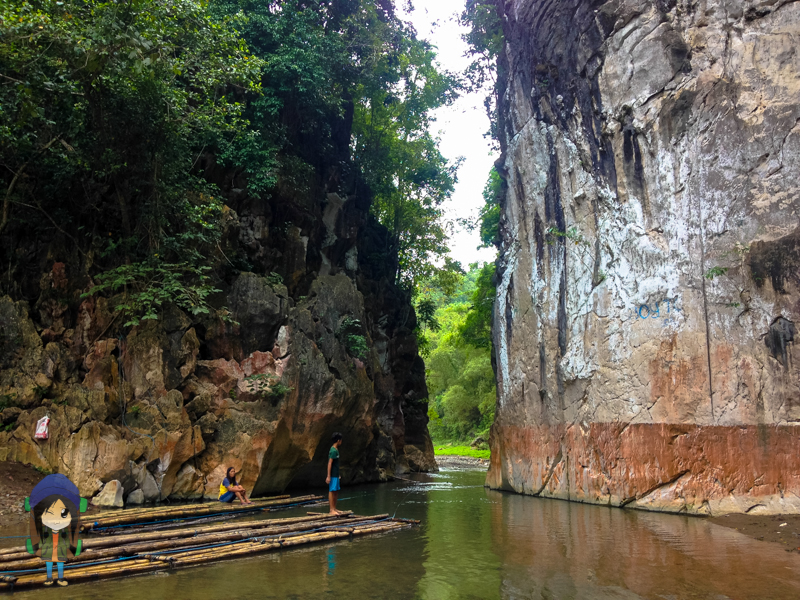 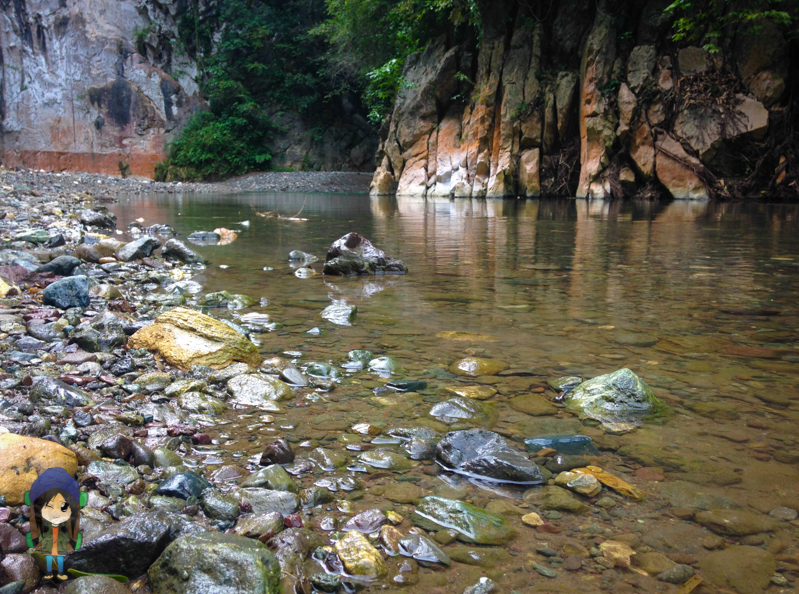 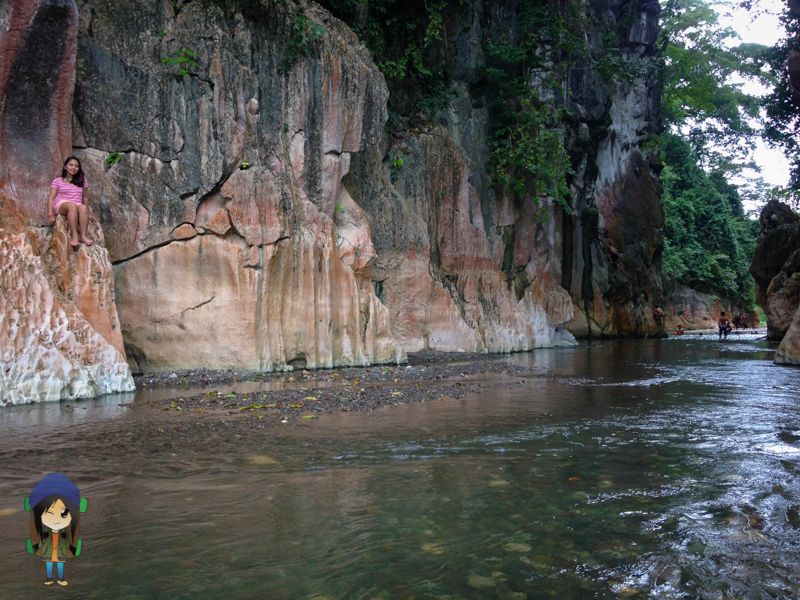 Taking pictures of the Marmol rocks is so mainstream, and perhaps a bit boring (oops!) so we wanted to do something else to match our intense journey in going there. One of my friends, Sean, who by the way I just met that day, decided to climb the cliff. I was instantly jealous so eventually, all of us followed him. 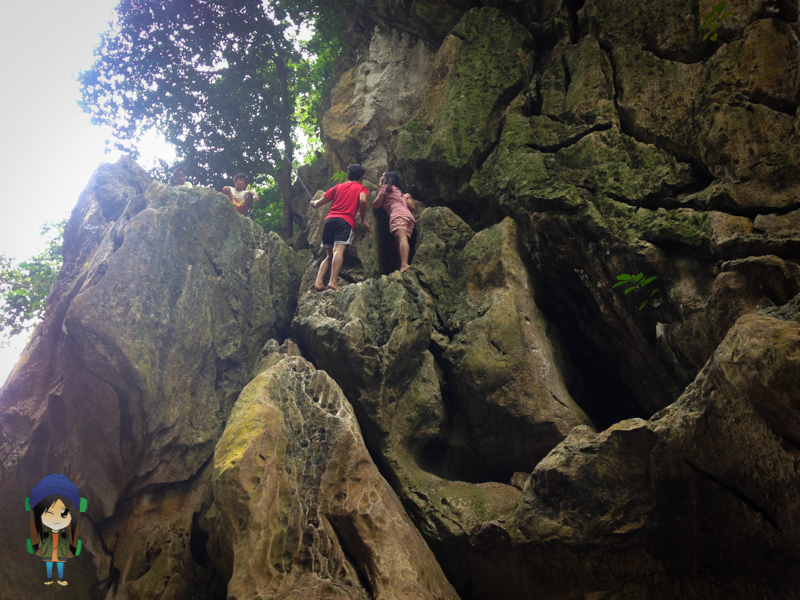 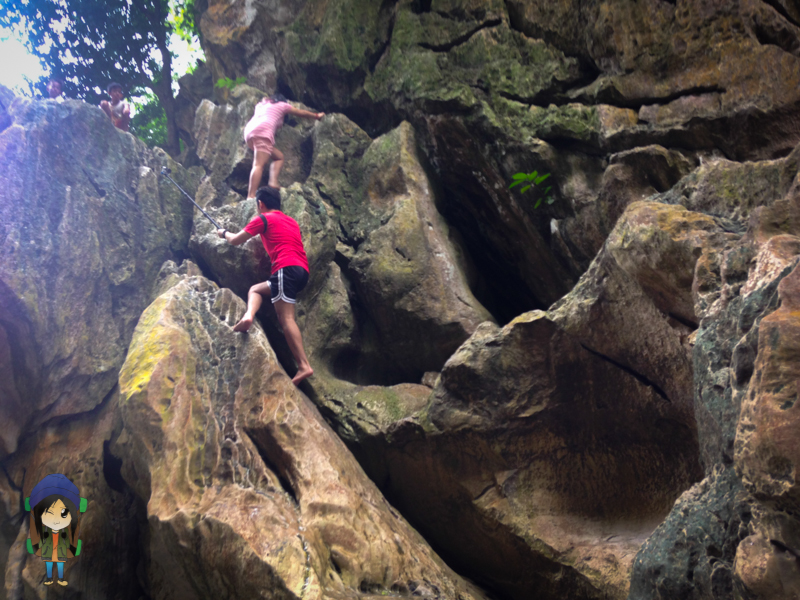 I am no rock climber but sometimes, you just got to do what you got to do, to call yourself one. LOL.

Right after Marmol Cliff, we went straight to Lantawan Tunnel in Daan Lungsod, Tuburan. It is situated right beside Mahayahay Restaurant.

Just like Marmol Cliff, Lantawan Tunnel also did not look like I expected it to be. I was surprised how small it was. I couldn’t even call it a tunnel! It’s more like a pit, in my opinion. 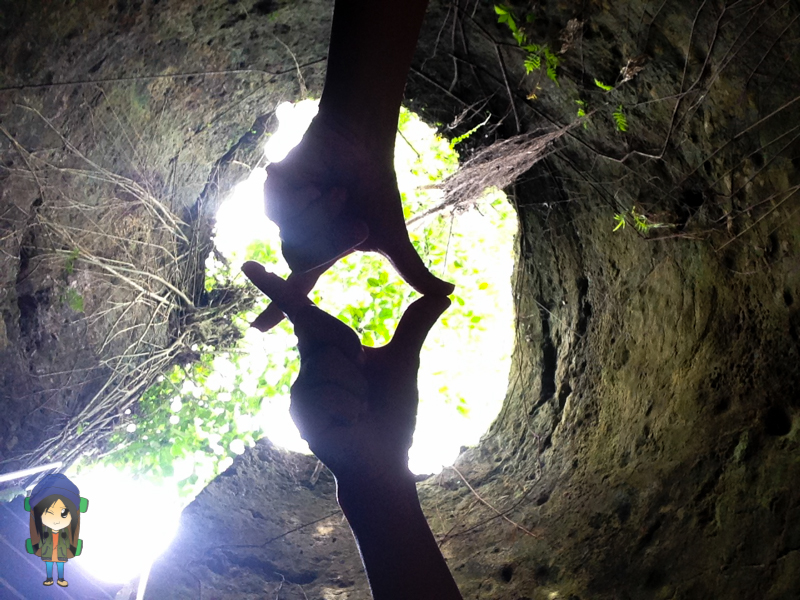 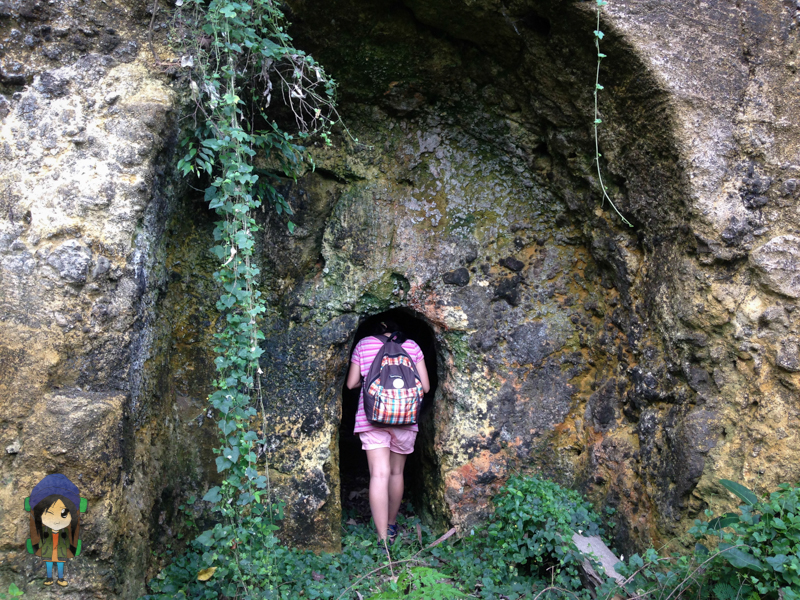 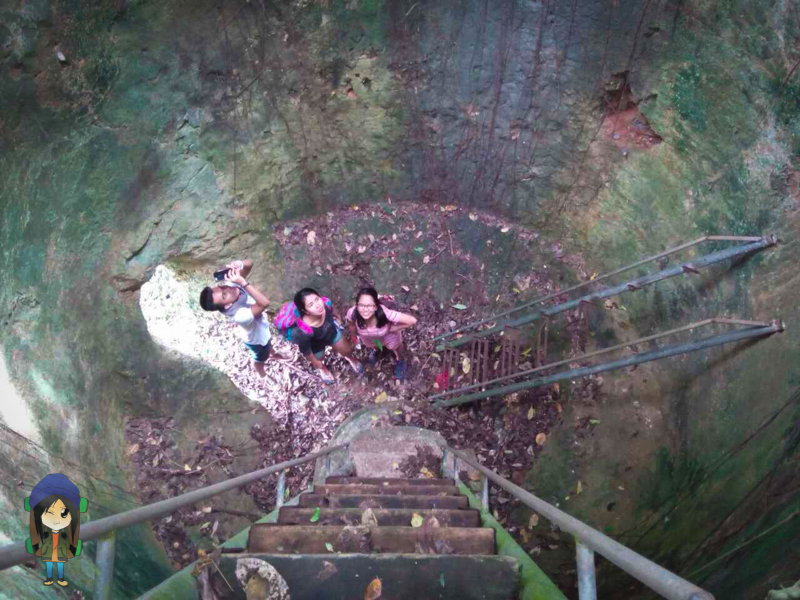 There is really not much to look at inside considering the tunnel is not well-maintained. Hopefully, it will be in the future.

It’s a good thing that there is a small creek right beside the tunnel. The water is so blue it looks like the source of those blue Gatorade drinks. 😛 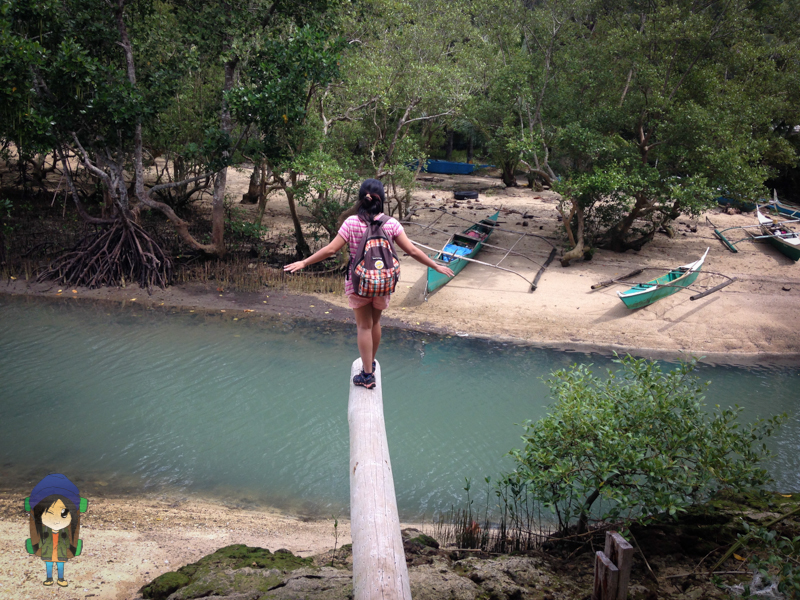 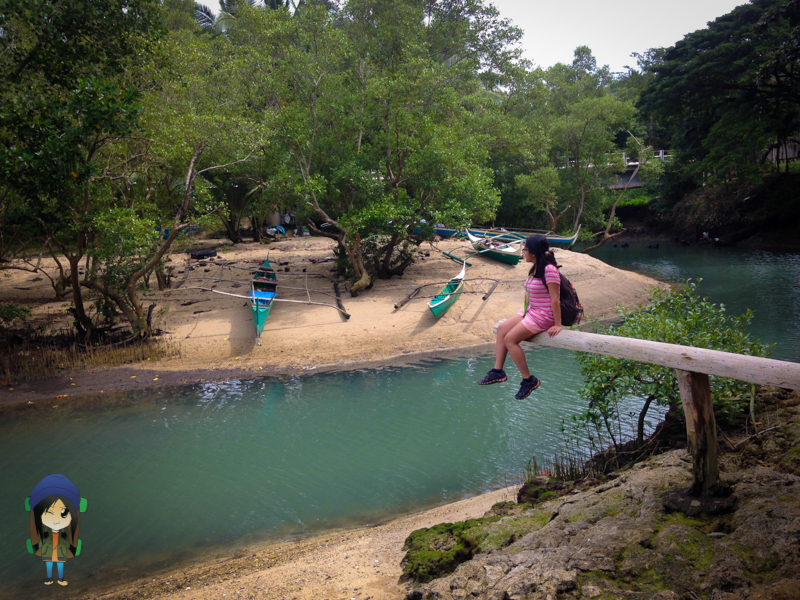 This big log beside the creek looks so good, we took turns in taking our pictures. #PangInstagram 😀

Our last destination was Molobolo Spring. We wanted to take a cool dip in this famous cold spring before we’d go back to the city. It is one of the most go-to place in Tuburan. It’s also super affordable since the entrance fee is only 10 pesos! Cottages are also available at reasonable rates ranging from 150 – 300. I would say it is one of the most rejuvenating place to spend for a quick weekend getaway. 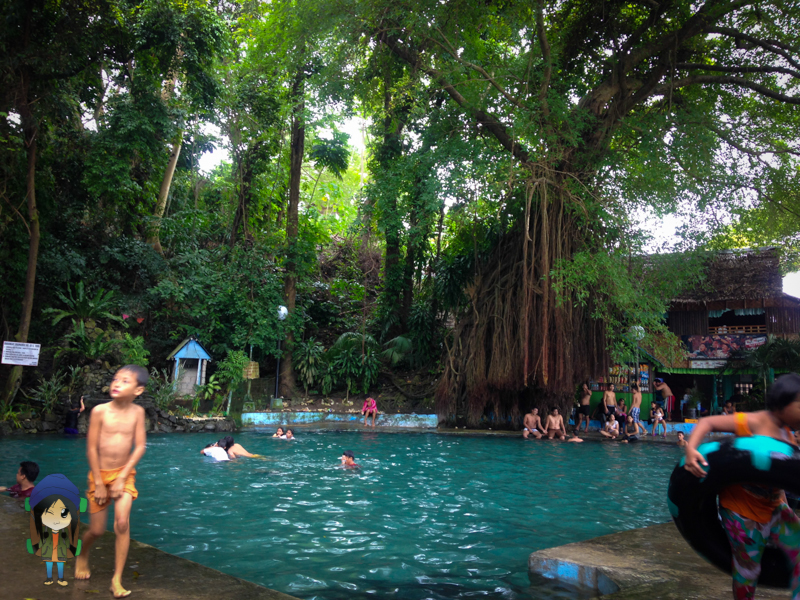 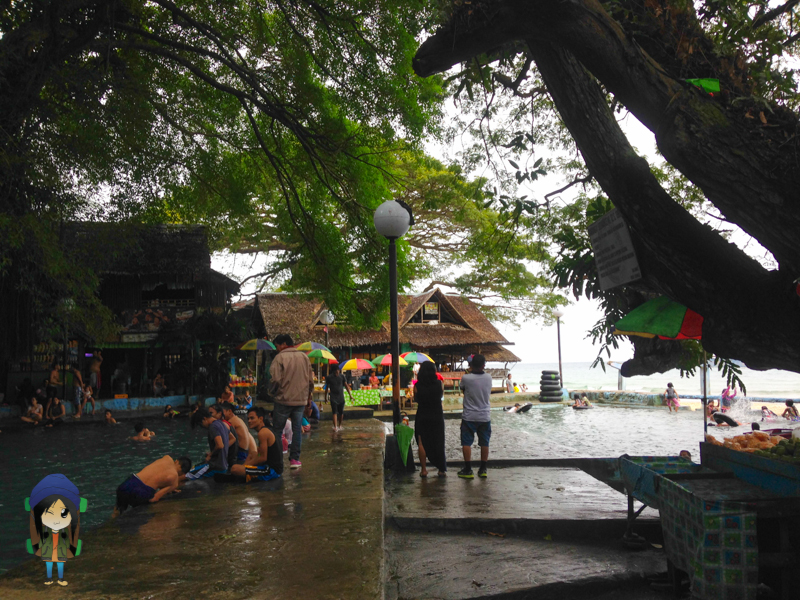 This trip is certainly one for the books! I only wanted to visit an old friend and did not expect that quick getaway would turn out that fun. I’ve already said this once before that sometimes, the best travel stories happen while in transit. 🙂