Johanna Marie Frejoles Leave a Comment on Tourist-Trapped in Taiwan

I just want to put it out there that I wasn’t scammed. I just think the word ‘tourist-trapped’ is the right definition of what happened to me on my birthday.

A few months ago, my friends and I went to Taiwan. It was an impulsive decision because I had just recently returned from Indonesia. Taiwan was not part of my plan until I learned that my birth month is actually the start of the cherry blossom season in the country. February is technically still winter, but in some parts of this beautiful country, you can already witness cherry and plum trees in full bloom at this time of the month. In fact, some can even be witnessed already as early as January.

I come from a tropical country where, instead of cherry blossoms, you’ll see coconut trees all year-round. I was obviously looking forward to finally witness one. But that’s for another story.

Days before our trip, I asked some of my friends who went there a week before me if it’s still very cold. They all said that it’s not that cold anymore and in fact, it was sunny the whole time they were there. Besides, it was almost March which is the start of the spring season. It’s not going to be that cold anymore, or so I thought.

The weather forecast indicated that it will be 25-28° for the whole week. But on our 2nd day, the temperature dropped to 14° and damn, it got really cold. The entire city was also covered in a thick blanket of fog so you can imagine how gloomy it was. Not to mention, when I opened my phone and checked the weather, it actually indicated ‘dry and dreary’.

But there was no reason to dampen our spirits. I actually enjoyed the whole trip because I was with my two best friends. We’ve known each other since high school, but it was the first time we traveled outside the country together.

On the day of my birthday, my friends and I decided to leave Taipei for a while and visit another city up north which is Keelung City. It’s a port city in northern Taiwan with a beautiful harbor. There was really nothing for us in Keelung but we wanted to see yachts and cruise ships docked in a sheltered harbor so we went there anyway. 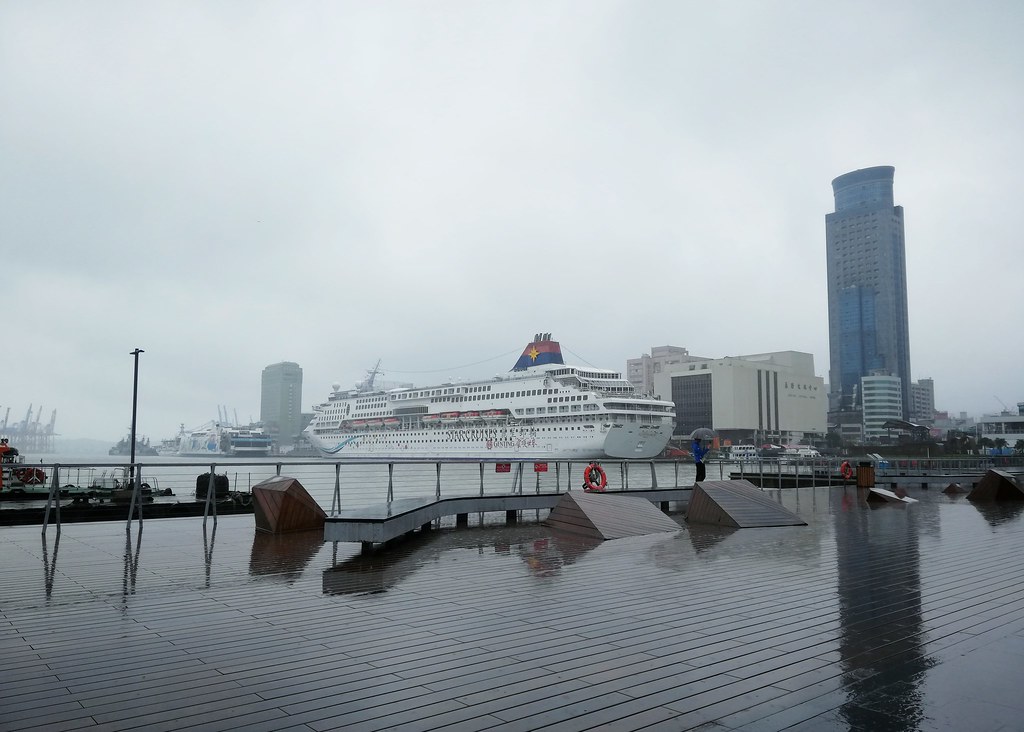 It was raining hard when we arrived in the city so we didn’t get to see the entire view of the harbor. It was freezing cold and our coats were already wet so we decided to find shelter in a quaint coffee shop nearby.

We ordered coffee and my friends bought me this very cute cake to celebrate my birthday. We spent the next hour or so just enjoying each other’s company before heading out to our next destination. 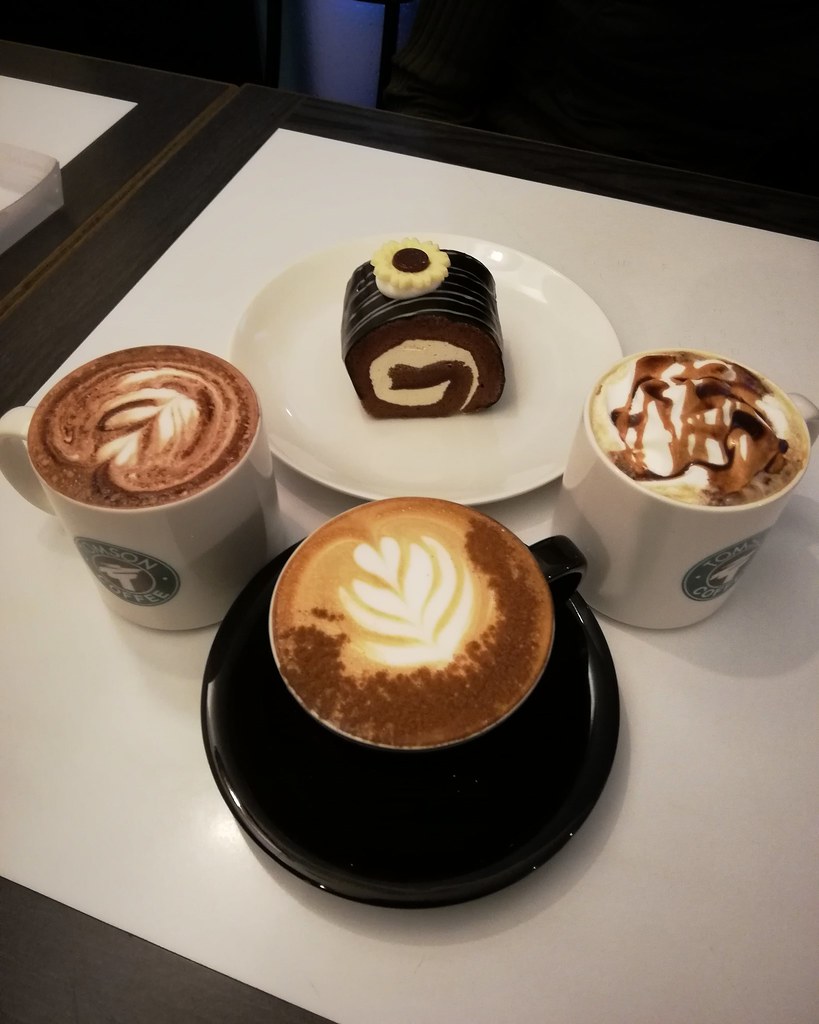 Yes, we went to another city just to drink coffee.

I was really looking forward to visiting Jiufen because of my obsession with Hayao Miyazaki’s Spirited Away. I wanted to see the famous tea house that inspired this movie. 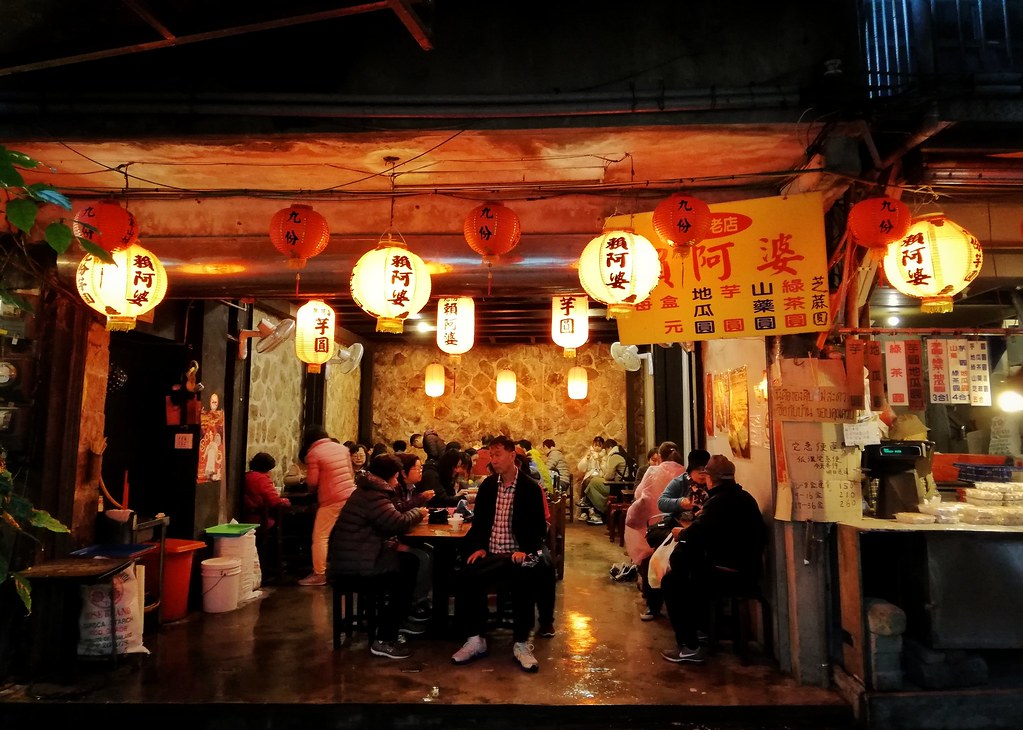 The weather was really unforgiving that day. The rain never stopped so upon arriving in Jiufen, my friends and I struggled in finding the tea house itself. The area was also flocked with so many tourists. The twisting alleyways were also too narrow and confusing. 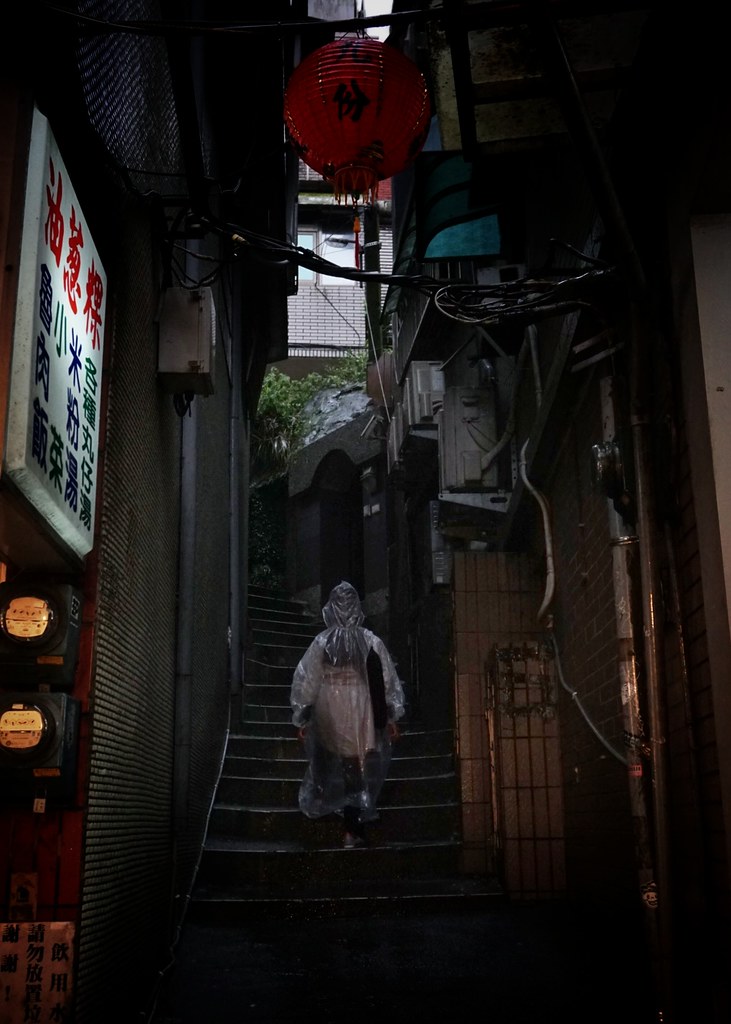 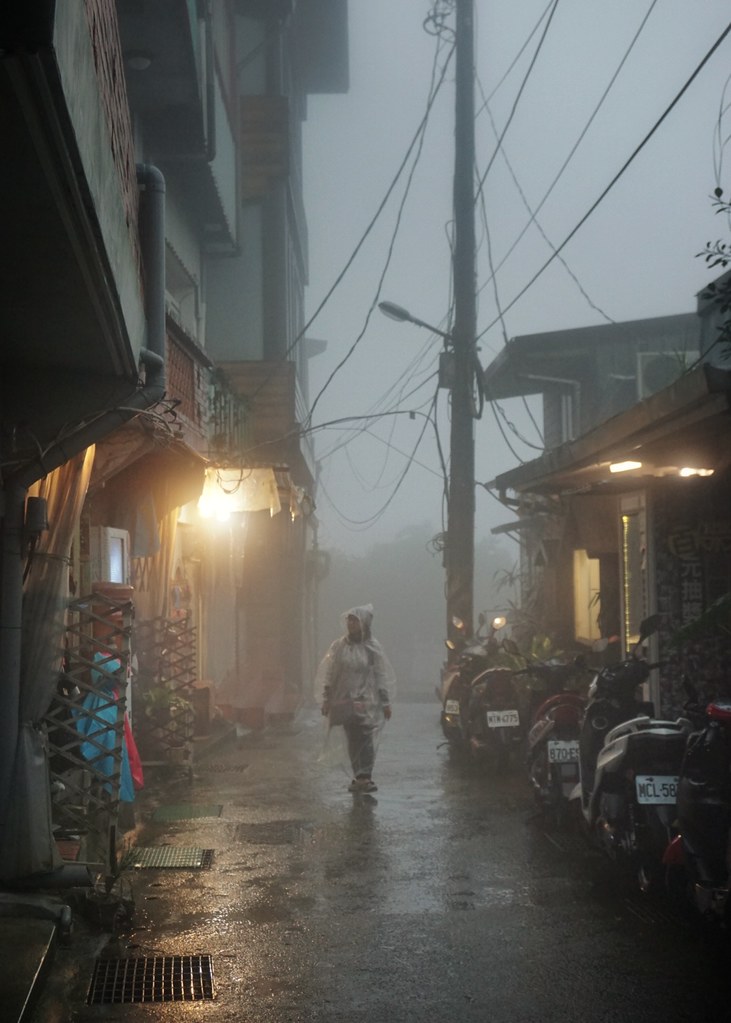 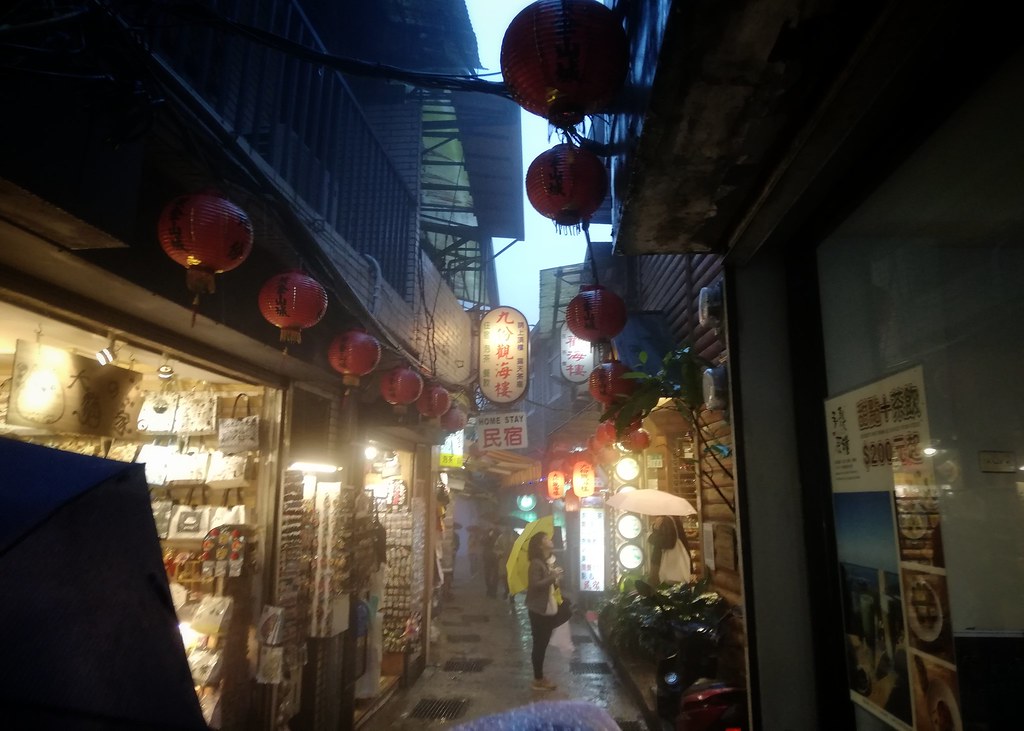 By nightfall, we found ourselves in a narrow staircase filled with so many people. We decided to follow their direction to see if it will lead us to this infamous teahouse. 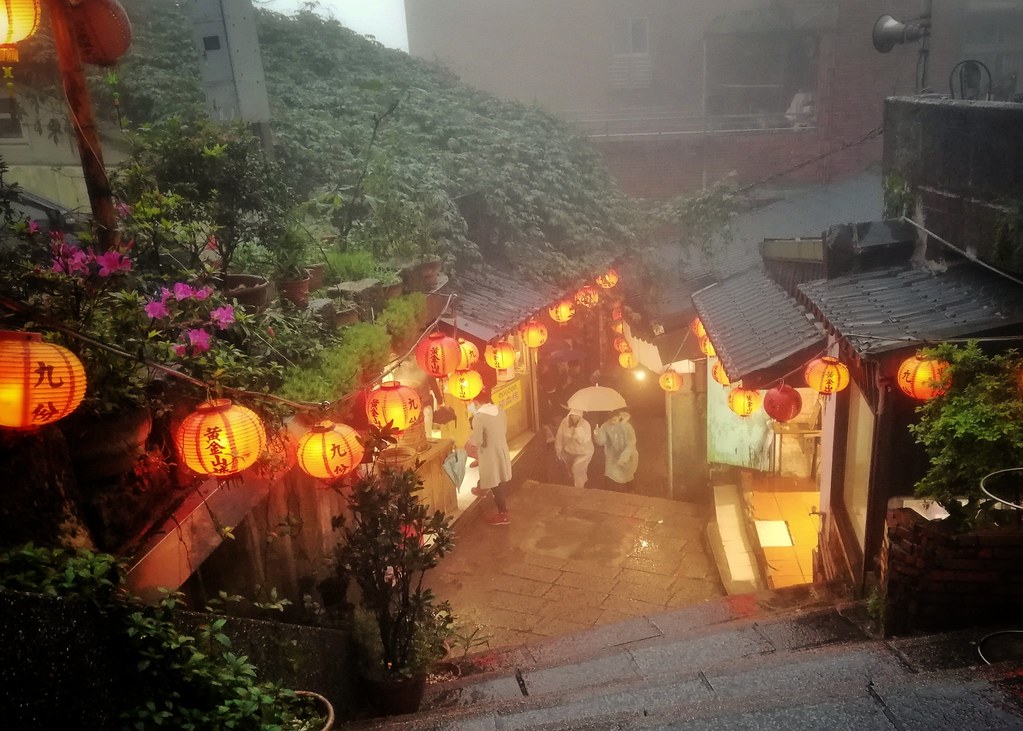 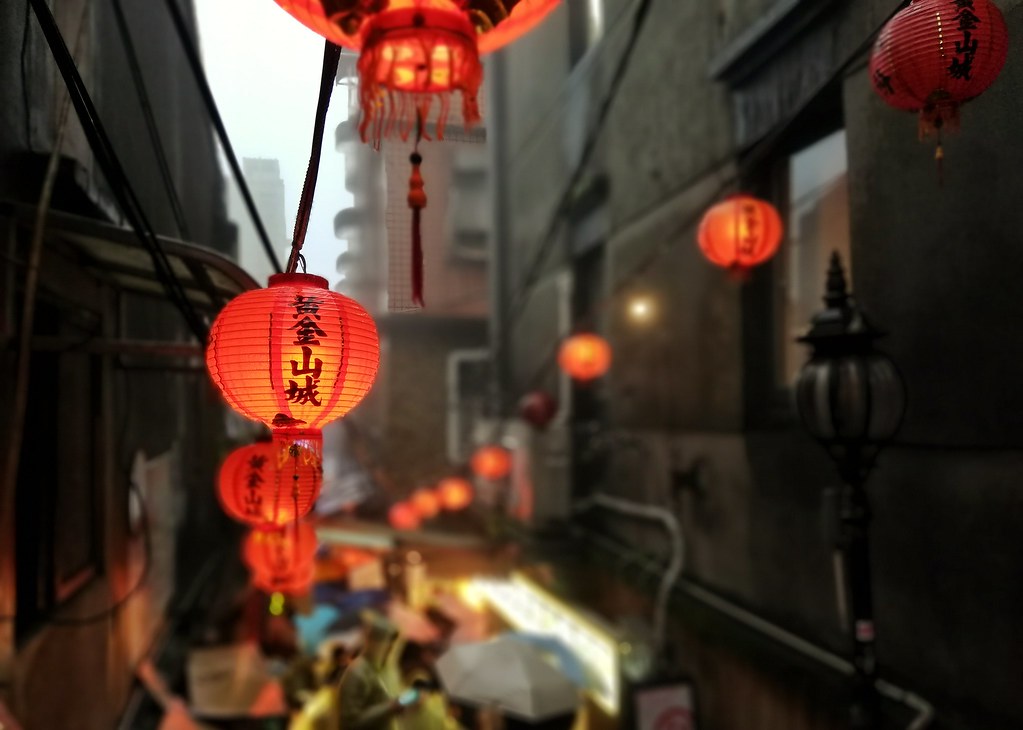 It was pure chaos.

One random fact about me is that I hate being in the crowd. This is why I avoid festivals and parties. If I can find a way to avoid people, I would.

So when I realized that there is a restaurant opposite of A-Mei Tea House, my friends and I decided to enter so we can get a good vantage point. But choosing this means we have to pay an exorbitant price for a cup of tea just to get a good picture. I knew that this is going to get us tourist-trapped but I didn’t want to waste the chance. The restaurant owner only lets people in if they order from the restaurant. Mind you, their food is ridiculously expensive. On top of that, they don’t allow one order for a group. So we were kind of forced to order their NT$250-NT$300 tea each! 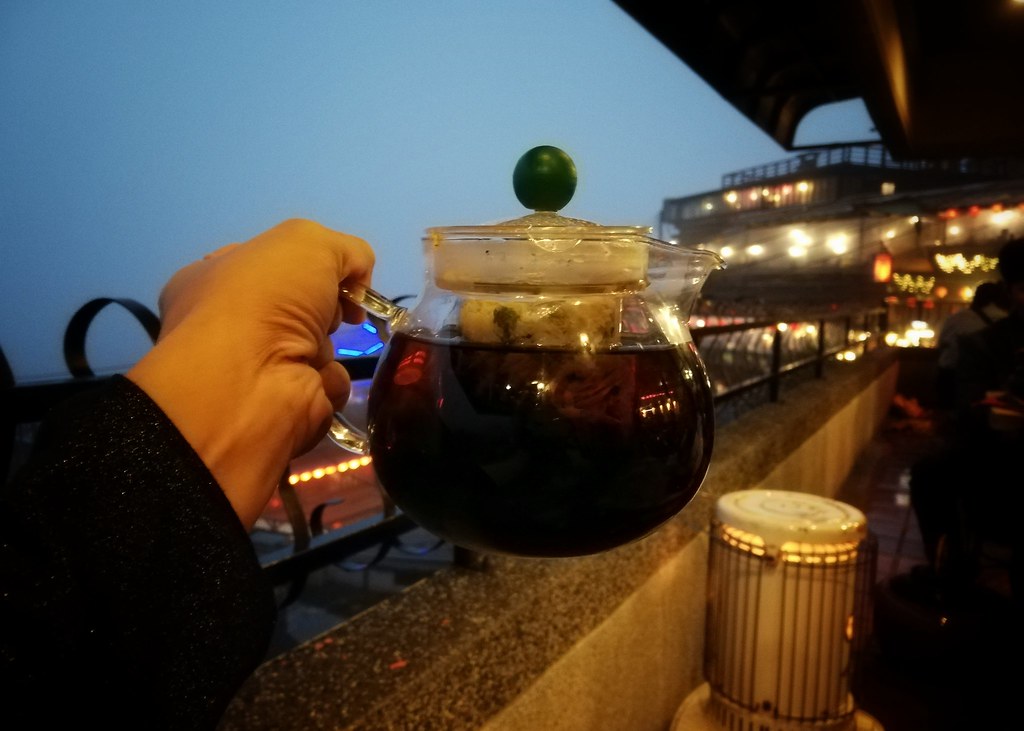 So we ordered 3 freaking teapots just to sit in this beautiful restaurant and admire the view in front of us. And I only drank a cup of it.

If there’s any consolation, it tasted really good. And it was perfect for the freezing weather. I’ve always wanted to try a flowering tea because… how freaking cool is that?

We spent the rest of the evening taking lots of pictures to compensate for our very expensive cup of tea. 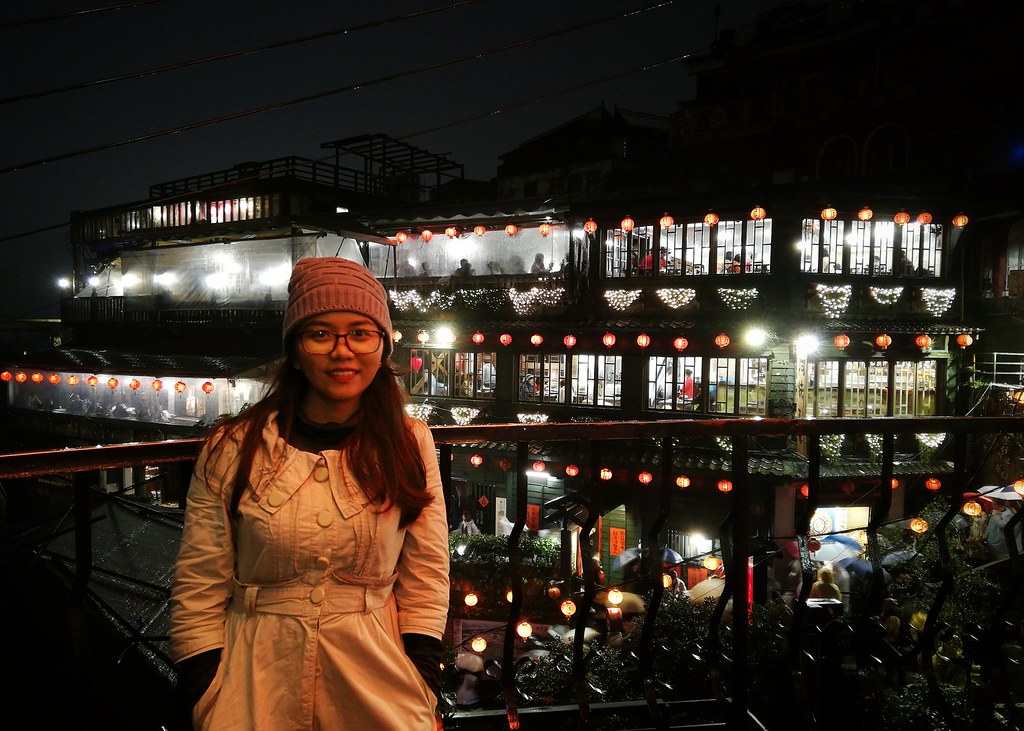 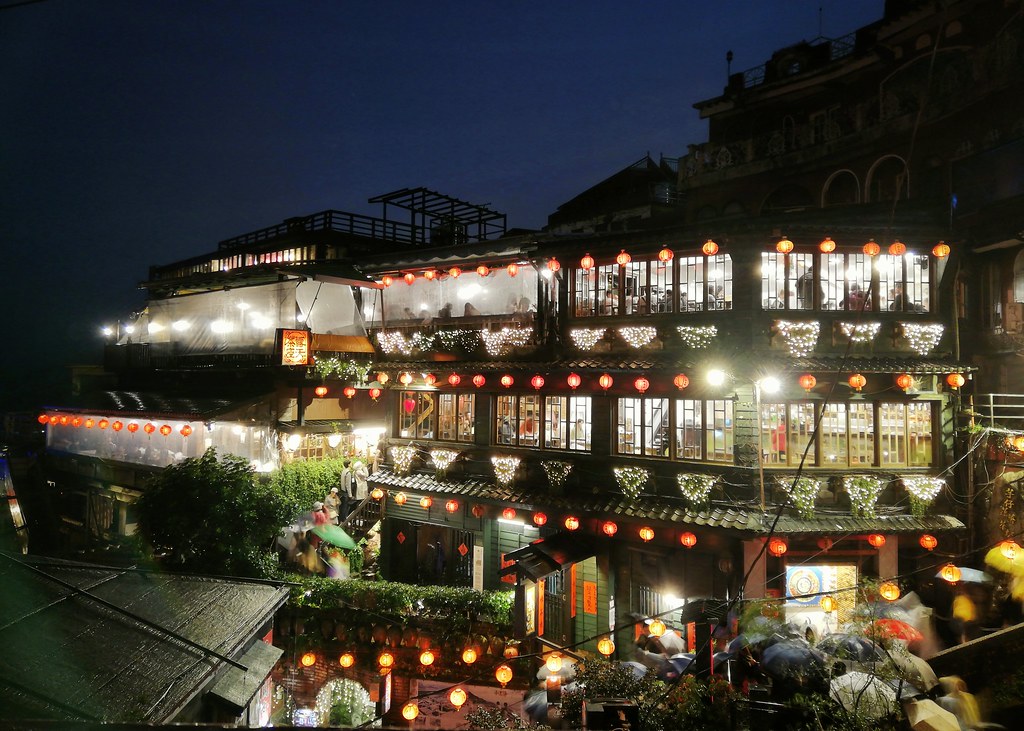 How much are you willing to spend on travel?

When I travel, I rarely spend money on unimportant things. I’d rather spend it on food and sightseeing. But this trip made me realize how much I’m willing to spend just to fulfill a childhood dream. Because damn it; if you can afford it, why would you not spend it?

I was ‘tourist-trapped’ in Taiwan, on the night of my birthday. But I think it was worth it.

Or was it? *laughs