That One Time I Almost Couldn’t Hold It Together 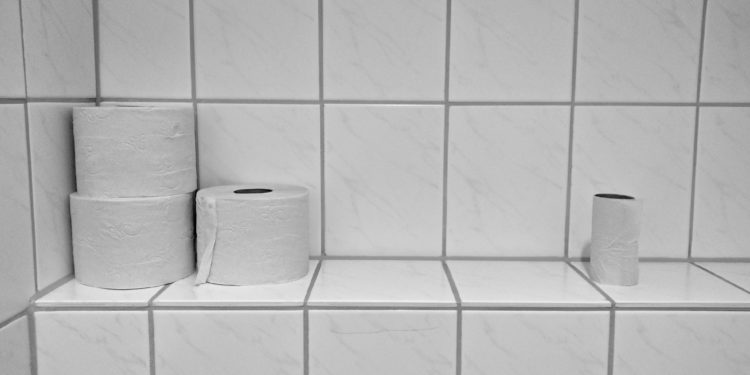 Blame it on the number of cookies I’ve eaten today.

But seriously, I haven’t been doing great these past few weeks. All the inspirational books I have read and ice cream I have eaten simply cannot cure my demotivated ass right now.

But don’t get me wrong. This is totally fine. I mean, I have already accepted the fact that there are simply days when darkness grabs hold of you, and you just have to let it be. Otherwise, it would become a constant battle to go through the other side and you end up looking like a mess.

I am where I am supposed to be right now.

Anyway, where was I? Oh, yes, I was talking about shit.

Let’s talk about shit today. No, let’s call it poop instead.

I was working in this BPO company as a Chat Support Specialist. I was doing Tech Support and even though I basically love my job at that time, it was stressful. I mean, solving problems is exciting, but it’s another story when it is all about other people’s problems. Anyway, things were getting out of hand at work.

I wanted a vacation.

My friends also wanted a vacation. I had four friends at the office. So I told them that I’m going to my family’s place in Santander that weekend to just relax and asked them if they wanted to come. They said yes and off we went.

It was pretty chill when we arrived. We were grilling meat, listening to music, and talking just about anything under the sun. We had dessert. Ate some more. We went to a waterfall in a nearby town, went to the beach, went back home. Sang and dance for a while that night…

Everything was going well until the next morning.

My stomach decided to fuck me up.

I kept going to the toilet every 30 minutes or god-knows-how-many-minutes-it-was.

That would have been fine, but that morning, we already made plans on traveling to Dumaguete City because Negros island is literally right in front of our house. Kidding, it’s 20 minutes away. My friends wanted to check out the city and I was willing to show them around. I didn’t want to spoil the fun.

And thus the start of this poop story.

We opted to ride a pump boat because it was cheaper. The moment we sat on our respective seats, I could feel all the muscles in my body tensing. Cold sweat was dripping down my forehead. I could see the stars above my head. I had to tell my friends but really, whatever the hell can they do? Sing me a lullaby about poop?

So I had to compose myself and held everything together. It was the longest 20 minutes of my life. I swear to God, it felt like the island of Negros kept getting farther and farther every minute.

And then we arrived at the port of Sibulan.

Suddenly, my upset stomach stopped. So I was like, “Uhuh, you know what, let’s not go find a toilet right now.”

What a terrible, terrible decision, Hanna.

I decided to bring my friends first to Rizal Boulevard so they can see the usual spots in Dumaguete City. But right when I thought everything was going well, my stomach was starting to get crazy again. And it was getting worse. So much worse.

I couldn’t see straight anymore. It was a hot Sunday morning but I was sweating buckets of ice.

“WE NEED TO FIND A FVCKING TOILET!”

We were in the middle of a residential area. There was no way I was going to bust a stranger’s home and ask them if I could do my thing in their home. So I decided we’d ride a pedicab going to Robinson’s Dumaguete and do it there instead.

The moment we arrived at the mall, I was straight-up running for my life.

Finally, I reached the women’s toilet.

The queue in the women’s toilet was longer than my sins. GAAAAAHHH. I can’t believe it.

I prayed to God to please… “God, let me hold all of this shit together.”

After what seemed like forever, it was finally my turn to enter heaven. I told the next person in line to go to the other cubicle because dude, I was about to drop the biggest bomb in the world.

The moment I shut the doors of the cubicle…

… it was loud and it was messy.

But can I just say? Pooping is definitely God’s gift to mankind.

Thank God the flush worked. I would have died if it didn’t.

It was still pretty embarrassing though. So before I got out of the cubicle, I had to check first if the coast was clear, and when finally there was no one around, I immediately went out, washed my hands, and thanked God for staying with me while I was walking through the valley of the shadow of death.

But seriously, that incident taught me that I should always bring medicines in case of emergency. No matter how careful we are with what we eat while traveling, sometimes, the Universe just wants to play with us.

So yes, bring medicine, my friends.

Pooping is fine. Pooping while there are people around… errr, not really.

You Don’t Have To Travel Solo