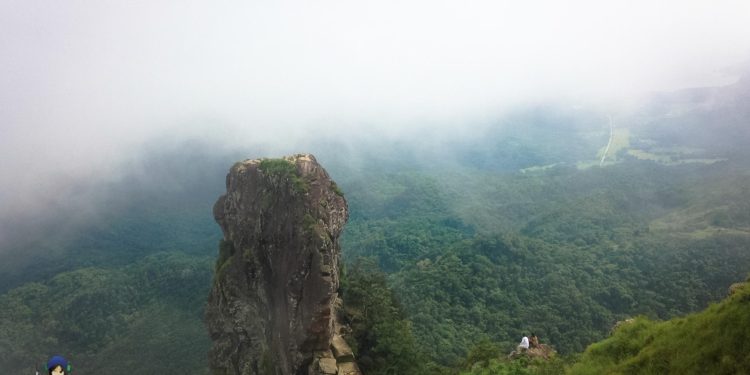 I fell in love with mountains ever since I climbed Osmena Peak three years ago. Since then, I’ve been dreaming non-stop to climb the majestic mountains in the Philippines. One of them is Mt. Palay Palay or more commonly known as Pico de Loro.

It was our last destination during our week-long trip to Luzon with friends. We were almost not able to climb it because of the long and uncomfortable bus rides we had to go through before we reached Cavite. The cut off time was 11:45 AM, and we arrived at 11:43!

I was physically and mentally tired when we arrived, and a part of me almost did not want to climb. But I had to because I traveled that far to reach the place. It would be such a waste of time and energy if I would back out the last minute.

Pico de Loro relatively has an ‘easy’ trail, with a graded difficulty of 3/9. But one thing I learned about climbing mountains is that, one should never rely on a mountain’s difficulty grade. No matter what people tell you how easy it is to climb a certain mountain, it is always the mountain’s decision in the end if you are worthy to climb it.

This realization echoes back to my favorite quote from the 2015 Everest movie said by Anatoli Boukreev, one of the climbers on that fateful 1996 Mt. Everest tragedy. He said,“We don’t need competition between people. There is competition between every person and this mountain. The last word always belongs to the mountain.”

A few months before this trip, I was hoping I could also climb the famous Monolith, but I also wanted to make sure I was following the rules. Sadly, the Monolith is no longer available, although some people still break the rules and climb it.

I strongly decided not to, out of respect to this mountain. I stayed at the summit, stopped taking pictures for a while, and savored every moment of it. My two friends and I were the last climbers to register, so we were able to enjoy the summit with no distractions from others.

As cliché as it sounds, I consider all my travels a spiritual experience. I would say climbing Pico de Loro is by far one of the best experiences I have ever had in my life.

Off to the next mountain!

Central Luzon to Calabarzon For Less Than ...

Why The Typhoon Made My Stay in ...