was the night I realized how much of a big deal it is in the Philippines.

It was New Year’s Eve 2018 when I found myself in the streets of Yogyakarta City. My friend and I just got back from a tiring ride from Borobudur Temple and the day before that, we had to endure a 7-hour train ride from Probolinggo. So you can imagine how exhausted we were upon arriving on the busy streets of Yogyakarta. And to make matters worse, we have not booked a hotel to stay in for the night. 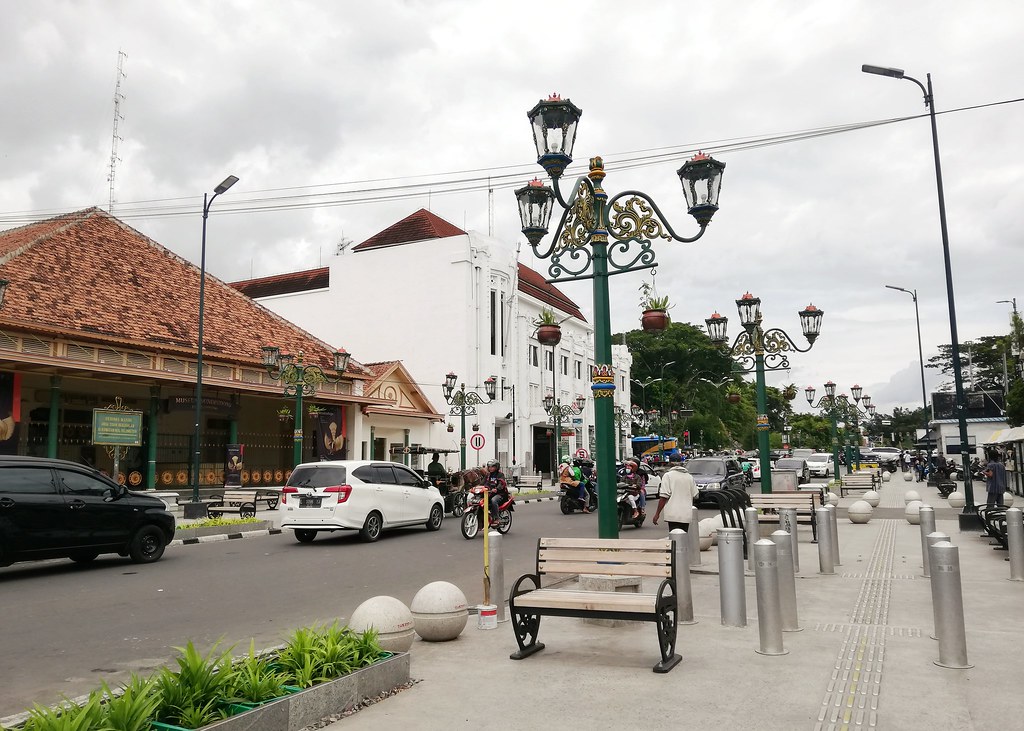 Not booking in advance was a mistake, but we didn’t have definite plans where we were going to celebrate New Year’s Eve yet. I had no idea how Indonesians celebrate it (nor do I know if they celebrate it). And if they do, where do they celebrate it?

But first, a bed for the night. 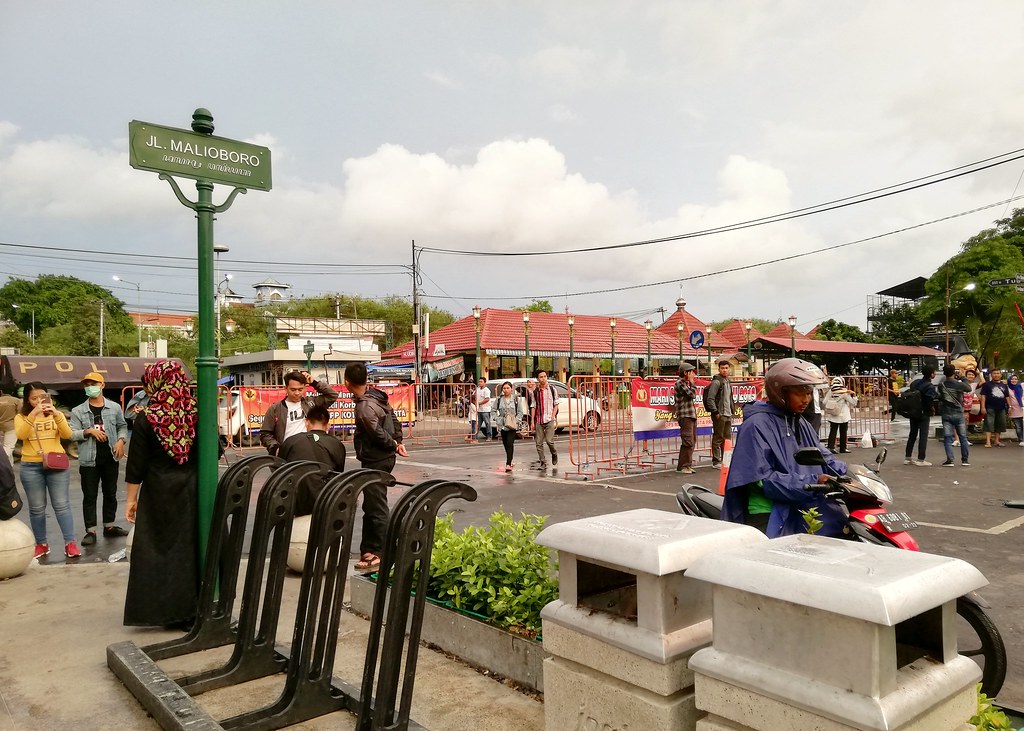 We were trying to look for accommodation somewhere in Malioboro Street. This is an iconic street in Yogyakarta that is alive for 24 hours. I assumed that it is where the center of the New Year’s Eve celebrations is going to be. There were already street performances all day. It was a bad idea that we didn’t book a hotel in advance because everything near Malioboro Street was already fully booked. On top of that, the hotels were ridiculously expensive. Well, it was new year’s eve after all. I didn’t want to spend much for the night because we were heading to another destination the next day. 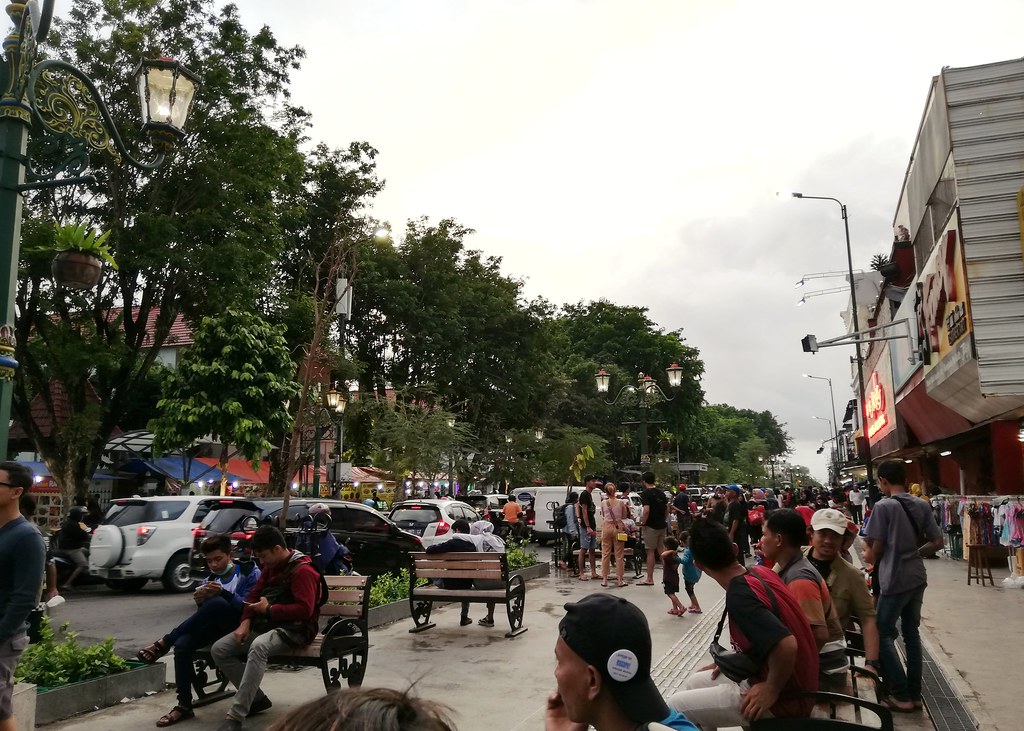 After much research, we found a place a few kilometers away from Malioboro Street. It had a 1-star rating, was still a little expensive, but we had no other choice.

It turned out to be one of the worst rooms I’ve ever stayed in!

In search of the fun and fireworks display

It was almost midnight and by this time, we started to notice the lack of enthusiasm and activities around us. No one was preparing any sort of celebratory food and whatnot.

My friend and I decided to head out to the streets and look for a spot where we can witness at least a fireworks display. We were asking people around us where we can see the fireworks display or a New Year’s Eve celebration of some sort and they just looked at us in confusion. Their blank stare was enough proof that they had no idea what we’re talking about.

One girl told us that if we were looking for a New Year’s Eve party, you will have to go to a hotel or restaurant. But we weren’t looking for parties. We just wanted to experience how the locals celebrate New Year’s Eve. But everything looked so normal.

By midnight though, the cars in the street suddenly stopped and everyone gathered at the center to witness a fireworks display. It wasn’t even grand. It was just small firecrackers here and there and after a few minutes, everything went back to normal.

That’s when I realized,

I knew that Christmas celebrations are not really the norm in Indonesia because it is a predominantly Muslim country. But I didn’t think it’s the same with New Year’s Eve celebrations.

But maybe it is not the same in other cities especially the big ones like Jakarta. Maybe, NYE is not so festive in Yogyakarta. Nonetheless, I learned that there are indeed cities in Indonesia that don’t celebrate it. In fact, I learned later on that there’s actually a city in Indonesia where NYE celebrations are banned.

And I think it’s perfect.

The fact that New Year’s Eve isn’t a big deal in this country actually amused me. It made me realize how Filipinos make this time of the year such a big deal that we’d do anything just to throw a party. There are also a number of traditions that a lot of us try to live up to just to feel we belong.

For someone who just wants some peace and quiet and doesn’t really care about those traditions, it was actually a breath of fresh air that I spent NYE in Indonesia. The only thing that I missed was the food back home.

New Year’s Eve is just like any other day.

We ended up eating at a nearby McDonald’s that night. Despite missing the media noche back home and not seeing colorful bright lights in the streets, it didn’t feel like I missed anything.

I know a lot of people who find themselves deep in debt just to throw a celebration or buy gifts for everyone in the family during the holiday season. And to some who don’t have the resources, this can be quite hard. It’s hard for children to look at other children have so many gifts. It’s hard for some parents to not have anything to provide to their children. The value that we put in this one night is so overrated. When in fact, New Year’s Eve is just like any other day.

That night in Yogyakarta City, I greeted myself a happy new year and reminded myself to never forget what’s more important in life this 2019.