I’ve said this a lot of times that I always meet the best people in the mountains. My kind of people.

For someone who has battled with social awkwardness a long time ago, it is quite a feat that I can now easily make friends wherever I am.

So by now, you might be wondering, “Where’s the funny part?”

Okay, here it is.

One of my friends in Cebu Blogging Community, Iggy, invited me like a week prior to this trip. Since I have not been to Mt. Hambubuyog yet, I immediately said yes. I was so excited that 3 days prior to the trip, I already prepared all my stuff, especially my tent. What could possibly go wrong?

So when I arrived at the South Bus Terminal to meet Iggy and his friends, I wasn’t thinking of anything unfortunate at all. Not until we were already sitting at one of the benches at the terminal, and I leaned on my backpack for support, I realized that there was something odd in my bag. You see, whenever I go on a trek, all the stuff inside my backpack, are arranged the same way all the time. So, I kind of already know how it feels from the outside. That was when it dawned me. Why the heck does it feel that I am missing something?

I immediately opened my bag, and there I saw in all its glory – the empty spot where I usually put my tent poles!

“Are you frigging kidding me right now Hanna?” I exclaimed.

Of all the things I could have left at home, I left the most important thing in the world at that very moment – my tent poles. I brought with me everything else, except that. What a stupid, stupid mistake.

I was so worried because where the heck would I sleep? I didn’t know anyone at that point yet except Iggy. Thankfully, one of his friends brought a ginormous tent it could shelter one whole barangay. Kidding. It was big enough to accommodate several people and one stupid bean. 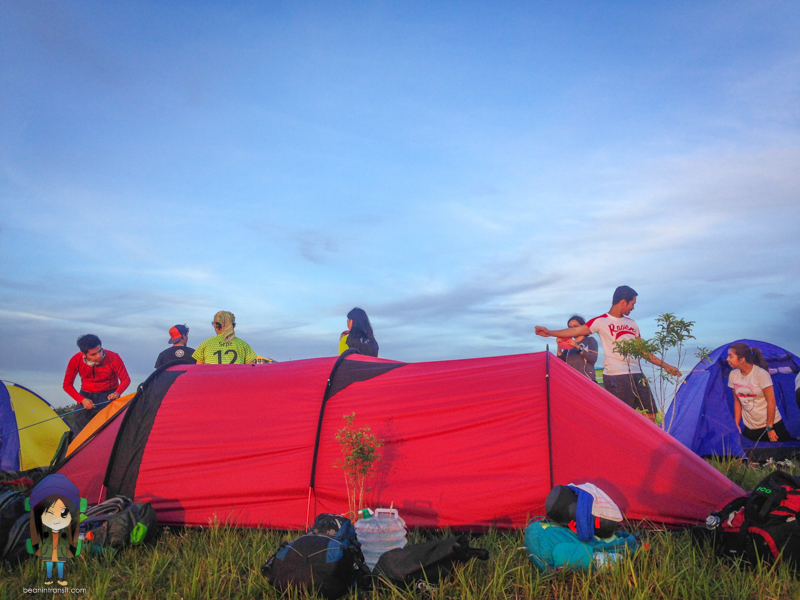 We did not hike to the mountain as it would probably take us forever to reach there. Instead, we took the ‘short-cut’ trail’ and chartered a motorcycle going to the summit. Mt. Hambubuyog is one of the mountains I’ve visited with a scenic trail. Everywhere you look is a beautiful scene. 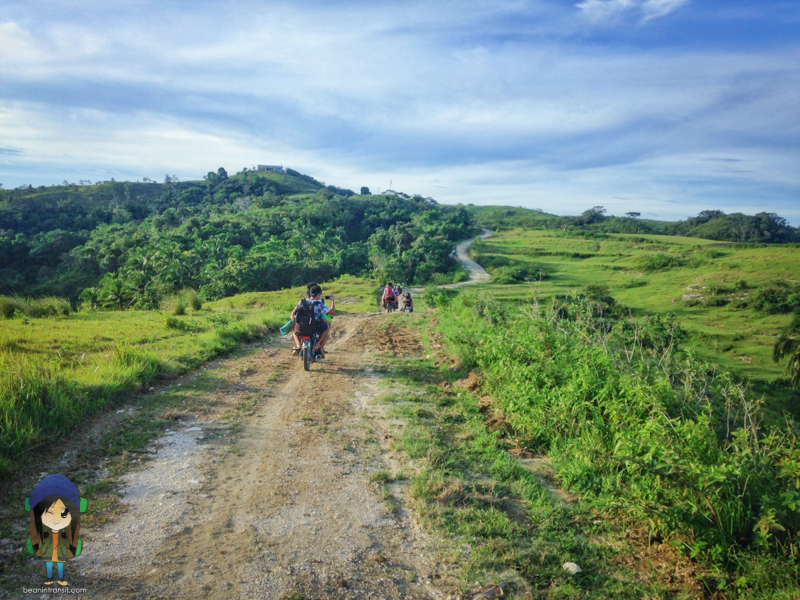 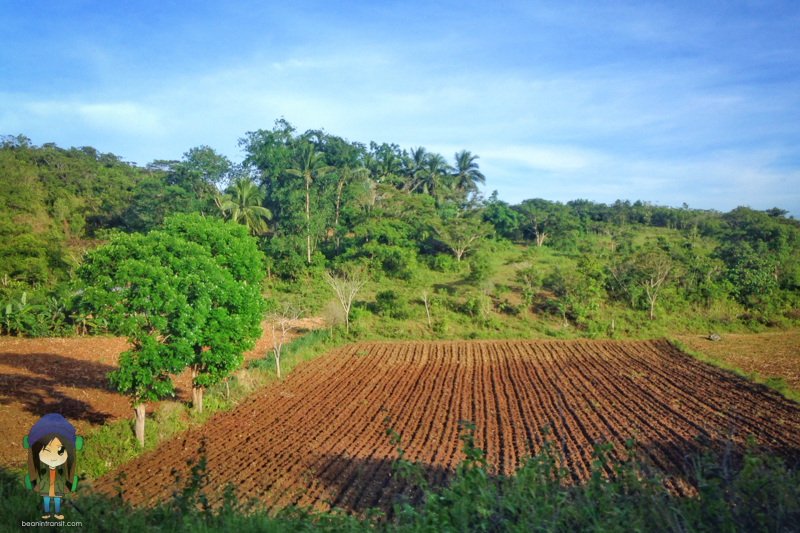 There are two roads going to Mt. Hambubuyog, one is in Brgy. Mangaco, and the other one somewhere between the border of the municipalities of Samboan and Ginatilan. We were advised to choose the latter as the road in Brgy. Mangaco was unsafe due to rockfalls caused by flooding a few days earlier. The trip took about almost an hour.

Upon reaching the summit, we decided to get to know each other first. By the way, there were 32 of us in this hike. Don’t ask me how it got into that because that is another story. 😉 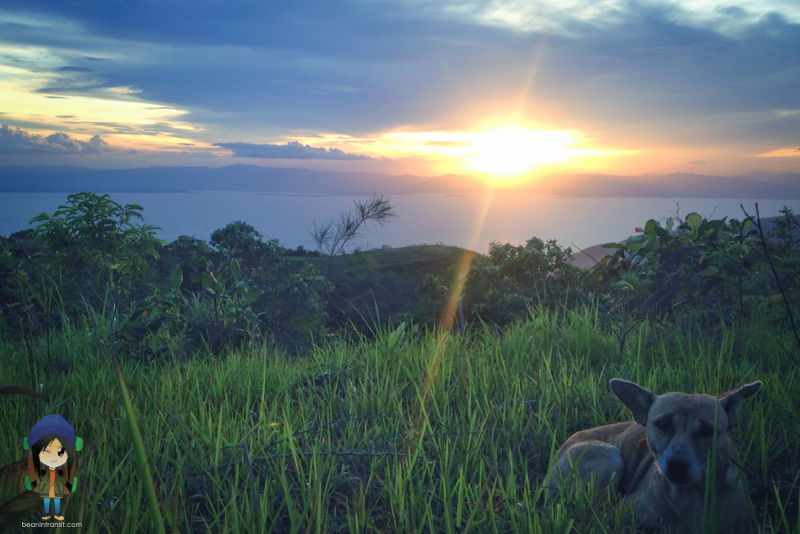 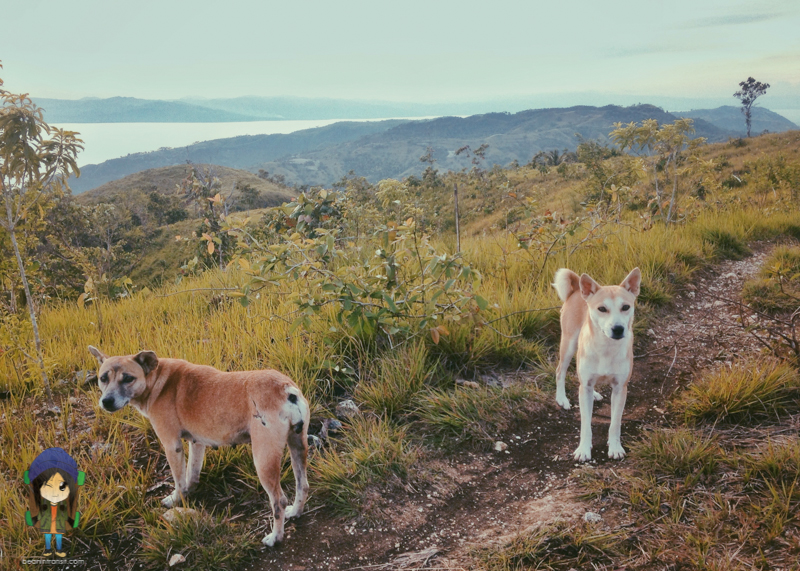 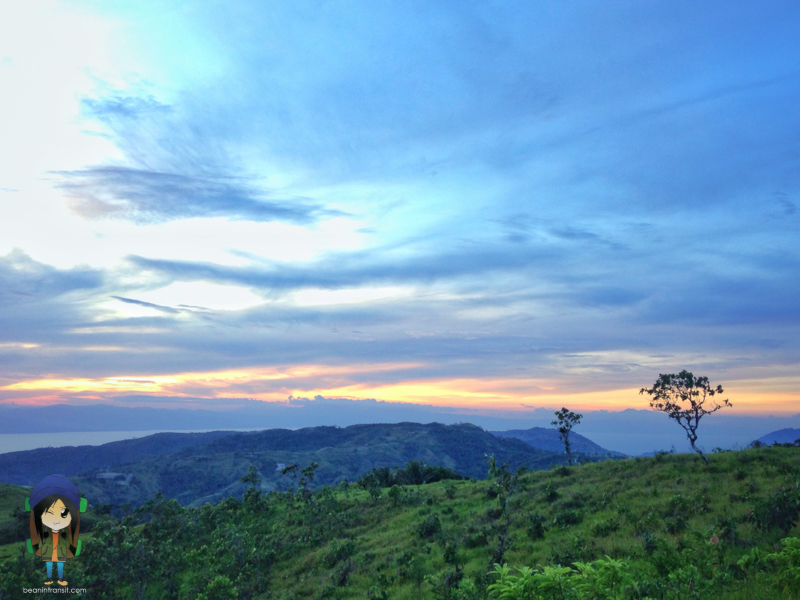 Apparently, I did not memorize all of their names, but I learned that one of them is a friend of my blogger best friends, and another one used to be my neighbor in our residential house in Escario. Cebu is such a small island after all.

That night, I got to know some of the people better. The weather was good, and despite how cold it was, I had a great time sightseeing at the view outside. But most importantly, I gained new friends that night.

The next morning, we started to traverse to Inambakan Falls. Originally, I didn’t want to join them because I had to be back in the city before 3 PM, but I changed my mind along the way because it was so hot. I can’t even remember how many hours we traversed to Inambakan Falls. I had to at least feel the invigorating waters of Inambakan Falls before I go back to the city.

It was a great weekend! What makes a trip more exciting is when not everything goes according to plan. I’ve had a handful of these travel mishaps in my life, I consider them now normal. Besides, my stupid mistake of leaving my tent poles led me to meet new friends. Had I brought my pole tents with me, who knows? It would’ve been another story. 😉

Everything has a reason indeed.