A few months ago, I was invited to visit Tanzania for an International Women’s Day Climb to Mt. Kilimanjaro. It broke my heart because (a) I couldn’t afford the plane tickets to Africa (b) I am saving up for another trip. Meeting different women climbers from all parts of the world would have been a memorable experience. But, there was no need to stay sad so I decided to do my own women’s day climb. I thought of a mountain that I’ve always wanted to climb again. That’s why I chose to climb Mount Mauyog in Balamban.

I climbed Mount Mauyog and Mount Manunggal two years ago, but I never really blogged about it because I didn’t have a good memory of that climb. It was like my climb to Mount Lanaya where the mountain’s beauty wasn’t enough to calm my broken heart. So when I decided to go back to Mount Mauyog, I told myself, “Let’s go and make new memories.”

In celebration of International Women’s Day, I took to heart this year’s theme which is #PressForProgress. This year’s theme made me remember of this quote from the book The Sun and Her Flowers by Rupi Kaur, “I stand on the sacrifices of a million women before me, thinking what can I do to make this mountain taller so the women after me can see farther.”

Not every woman in this world can just say, “I am going to climb this mountain today” and actually be able to do it. Not all women can say, “I’m going to leave home and live alone” or “I’m going to quit this job and do this instead.” I have done all of these things so freely as a young woman. And sometimes I forget that being able to do whatever you want is a great privilege not everyone can afford.

As much as I can, I do my best to inspire young women to brave the first step of doing the things that they really love to do. I strive to do more things and to #PressForProgress so that one day, more women around the world no longer have to feel inadequate and limited. More women will no longer feel that they can’t progress because they are ‘just women’.

Mount Mauyog is a relatively easy mountain to climb. Rising a little less than 1000 meters above sea level, it isn’t the tallest mountain you can climb in Cebu, but definitely one with the best views. Mount Mauyog is known for its unique rock formation at the top which looks like a brain.

The day before our climb, I posted an invitation on Facebook. I was hoping some of my lady friends will come along with me even though it was a weekday. Thankfully, Charlyn, Frances, and Vianna accepted my invitation to celebrate International Women’s Day in Mount Mauyog.

Since I already climbed Mount Mauyog two years ago, I did the initial budget planning and itinerary which rarely happens because I am not a planner myself. I knew that Mount Mauyog is an expensive mountain to climb but I wanted to climb it one more time. I did learn however that there is a cheaper option, but I’ll tell you about that later.

Just like two years ago, we followed the Tabunan-Sunog trail. I really thought that’s the only way. Anyway, we arrived at Barangay Cantipla and charted a habal-habal going to Barangay Tabunan. We arrived at Kuya Robinson’s house, who was our guide to Mauyog jump-off. He was also our guide two years ago when I went to Mount Mauyog for the first time. 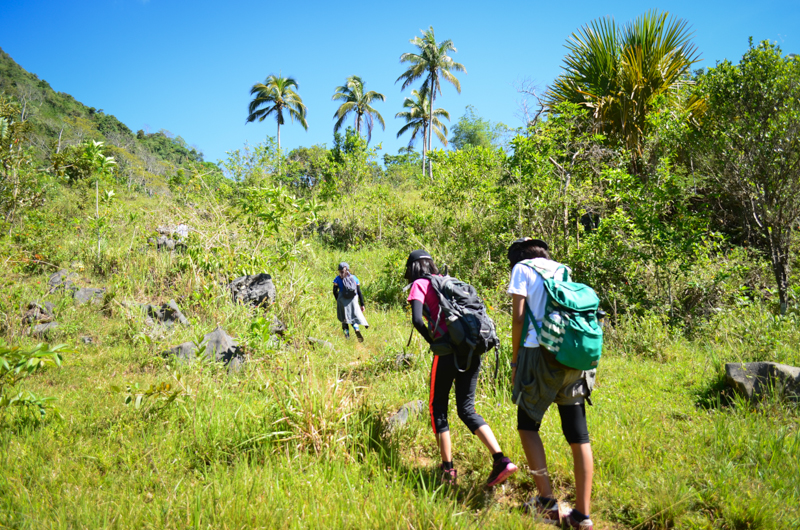 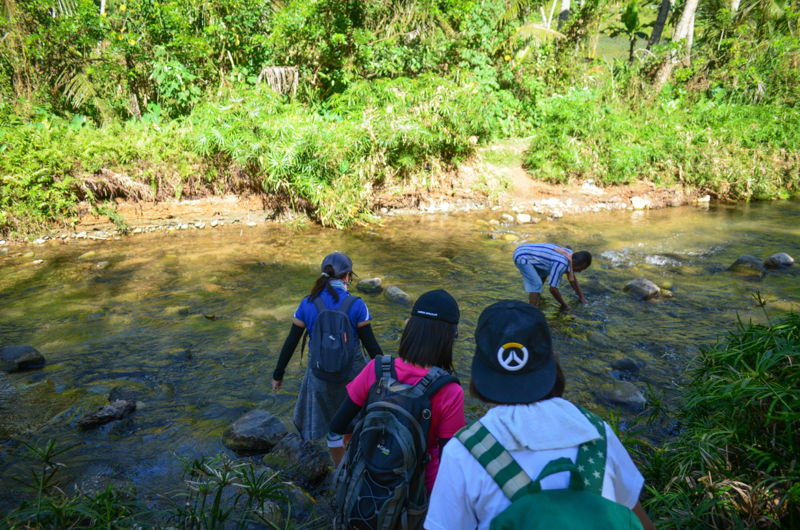 The Tabunan-Sunog trail is not that hard, but it is challenging because of the open trail. I would advise starting your trek early in the morning if you don’t want to face the direct heat of the sun. What I like about this trail though is that you are going to pass by a river and a small forest area.

It was a quiet morning. I could only hear the sound of swaying trees. After all, it was also a Wednesday morning – in the middle of a work week. Children were in school and parents were out in the field – working.

Of preposterous fees at the Mount Mauyog jump-off

Finally, upon reaching the Mount Mauyog jump-off, we bid Kuya Robinson goodbye and off we paid our fees. A lot of people already know that Mount Mauyog is an expensive mountain climb. With no regulation of fees right now, the locals, especially the ones who are collecting it, can demand whatever payment they want to charge. I already knew about this because two years ago, we had the same experience. But this time around though, it was even more expensive. We were asked to pay 80 pesos each for the entrance. Their explanation? The fees will be divided to the two landowners, the barangay, and the cooperative.

Kiss my perfumed ass. They could not even provide a receipt.

A few days later, my Aunt and her friends also climbed Mount Mauyog and they were only asked 50 pesos each. Another group was only asked 30 pesos.

You know, I don’t like getting into an argument especially that I am not a local there. So I paid the fees that they wanted us to pay and off we proceeded to the mountain. I am usually the type of person who doesn’t care about fees so long as I can afford them and it can get me to where I want to be.

But rest assured that I am taking this issue seriously. As of this writing, I have sent an email to the Office of the Mayor in Balamban and Cebu Tourism Office asking for an explanation why this has been going on for so long. I am hoping they would send me a response. The fact is; we don’t care about the fees. So long as it is regulated and is used in maintaining the beauty of this mountain.

But forget about that for a second. Let’s admire the beauty of the unique rock formation of Mount Mauyog. I was the first one to reach the top and I exclaimed to myself, “This is why I came back.” 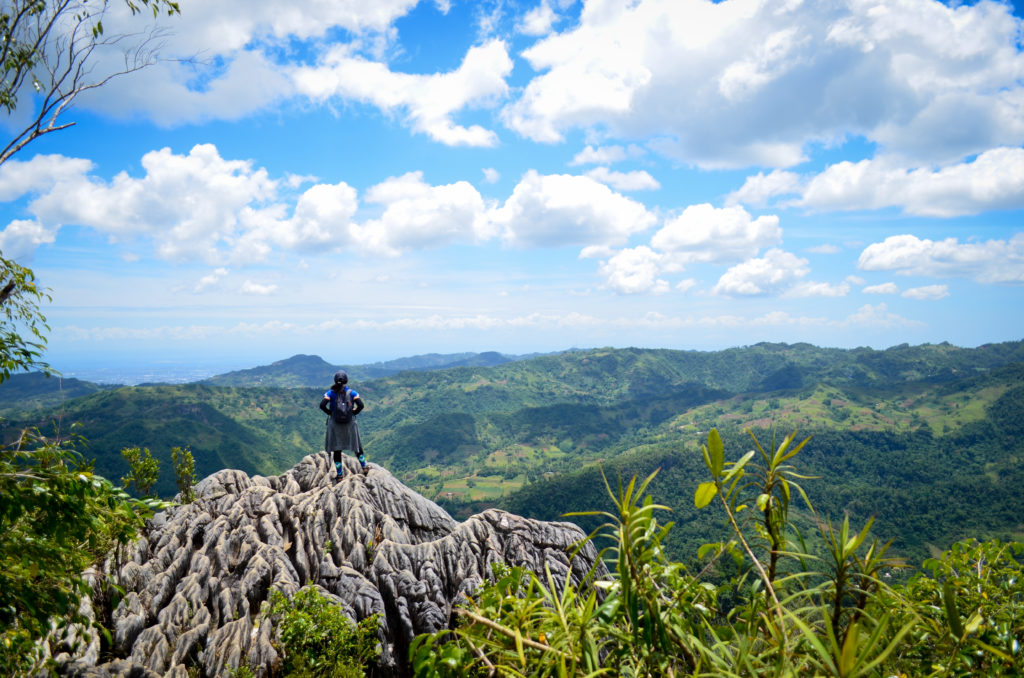 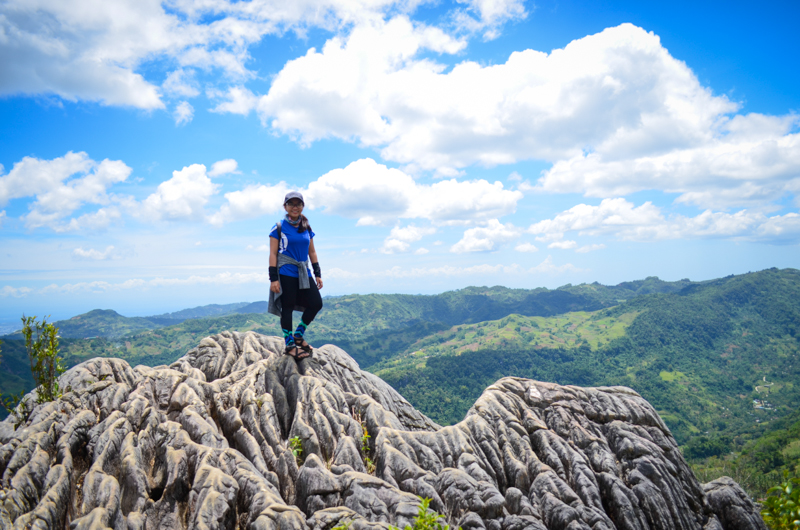 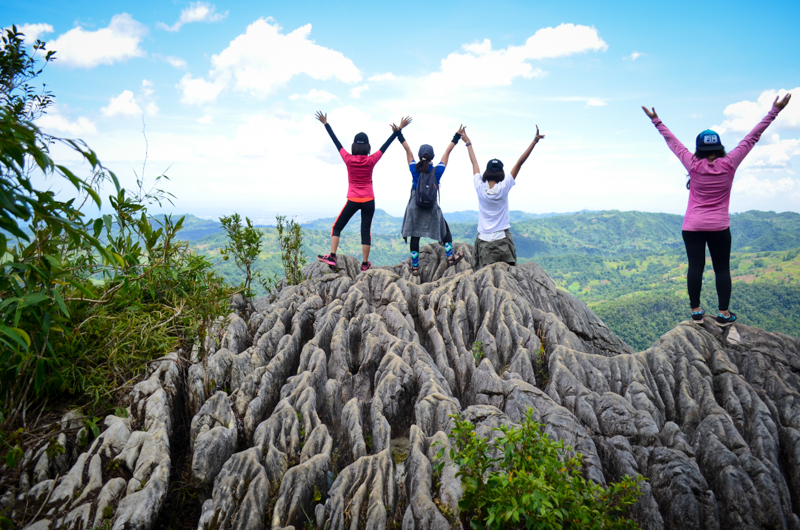 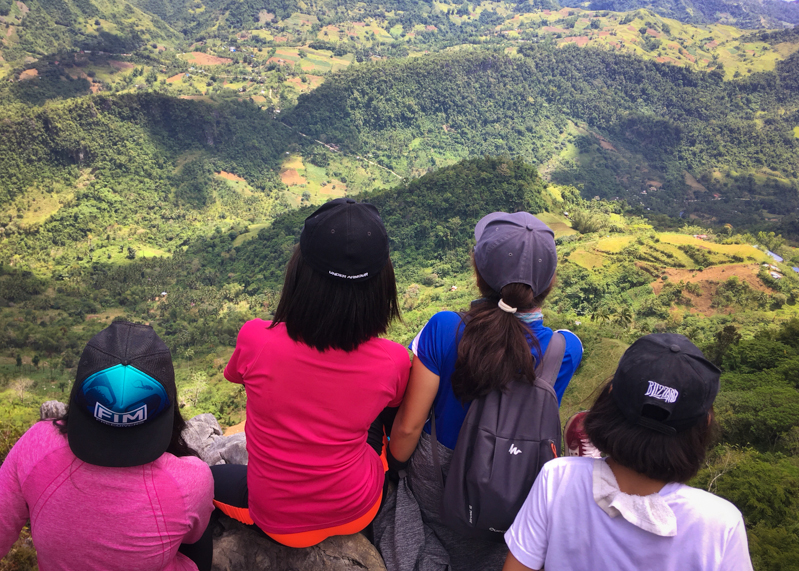 We also went to the other side of the mountain where several limestone rock formations can also be witnessed. There were no other climbers so we really took our time in taking pictures and admiring the view. 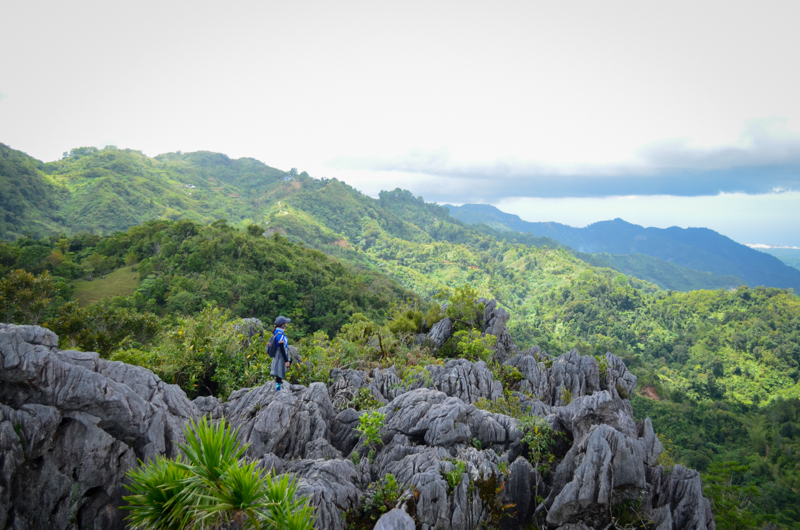 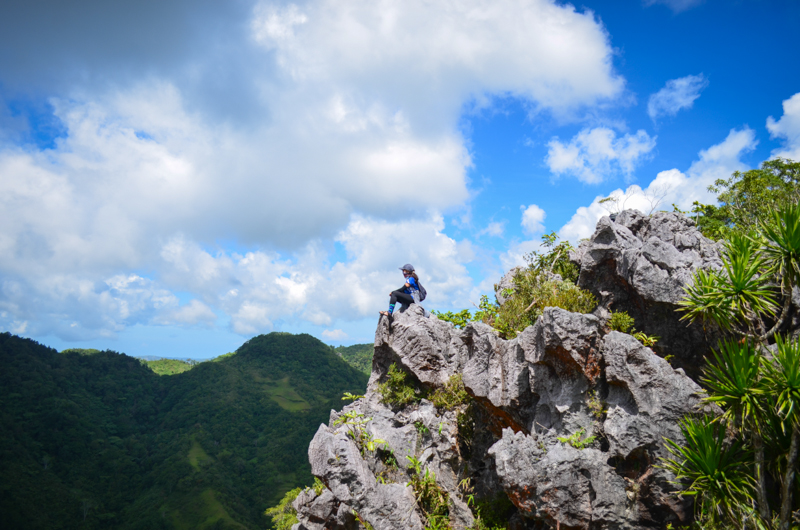 My phone was dead all throughout this climb so I had a lot of time of just sitting around and admiring the view.

Times like this reminds me why I started climbing in the first place.

There are two ways to get there:

The first one is through Tabunan-Sunog Trail. It is rather more expensive, but if you want to see the community that I have shown above, then this trail should be your choice. From Ayala Terminal, ride a V-hire bound for Balamban and inform the driver to drop you off at the junction in Barangay Cantipla. From there, ride a habal-habal to Barangay Tabunan.

The second is the one I would advise if you want to save fees and time. From Ayala Terminal, ride a V-hire bound for Balamban and inform the driver to drop you off at the Mount Manunggal jump-off. It is located in Barangay Sunog, Balamban. Just look for this signage and you will know that you are at the right place. 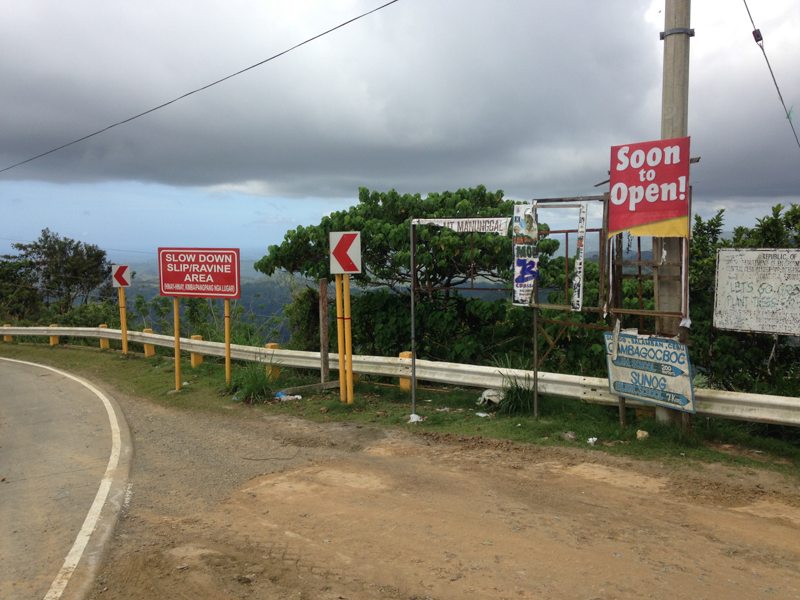 From there, you can either walk all the way to the jump-off to Mount Mauyog or you can charter a habal-habal for 100 pesos per person.