It is a great learning experience when you can immerse yourself in another culture. Nothing is more rewarding when you can actually live like the locals. Such is the reason why my stay in Lake Sebu School of Living Traditions is unforgettable.

Prior to this trip, CJ and I had no definite plans on where we are going to stay. Blame that on my genes. I was never good at planning. Fortunately, when we arrived in General Santos City, Edgar of Eazy Traveler suggested Lake Sebu School of Living Traditions to CJ. So we headed directly to this homestay after our adventure in Tboli. 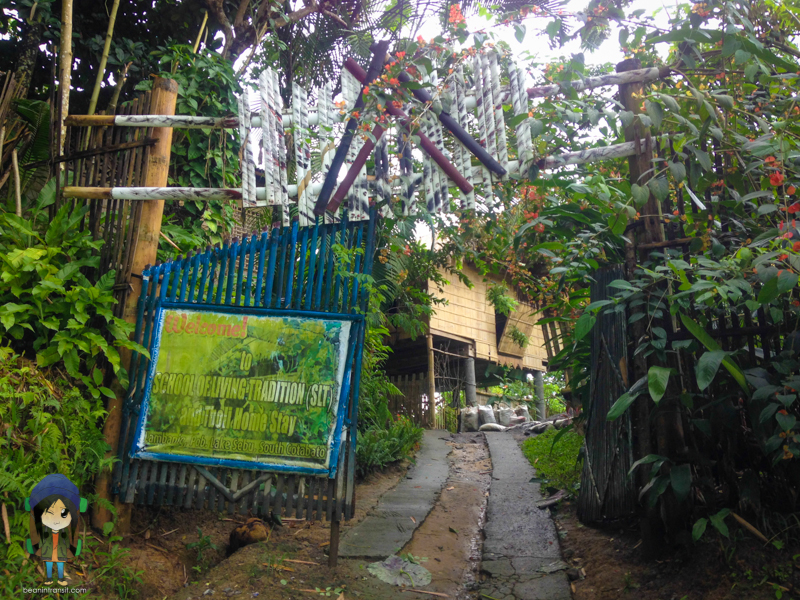 Our arrival was nothing I wanted it to be. The rain was merciless and even cut down a few trees in the area. A few of these trees messed up with the power lines connecting to SLT. As a result, we did not have electricity during our whole stay. But despite all of that, we managed to have loads of fun during our whole stay.

We arrived in Lake Sebu late in the afternoon and we have not taken our lunch yet. We also haven’t showered since we trekked Lake Holon the day before. We were stinky and sweaty. So the moment we arrived, our first order of business was to take a proper shower. While I was doing my thing in the shower area, I was horrified when I suddenly noticed a bright color dripping down my legs. “Holy shiz,” I exclaimed. Aunt Flo decided to visit me that day.

I was unprepared. So right after I showered, I was scampering my way back to our room and nervously looked for CJ. It was so embarrassing but I did not have a choice. I had to ask CJ to buy me a couple of pads. Hahaha!

Thankfully, SLT is not located in the middle of anywhere. There was a convenience store a few meters away so he was able to buy me some pads. This reminded me of my story about the challenges of a female traveler.

Thank you, God, for convenience stores. 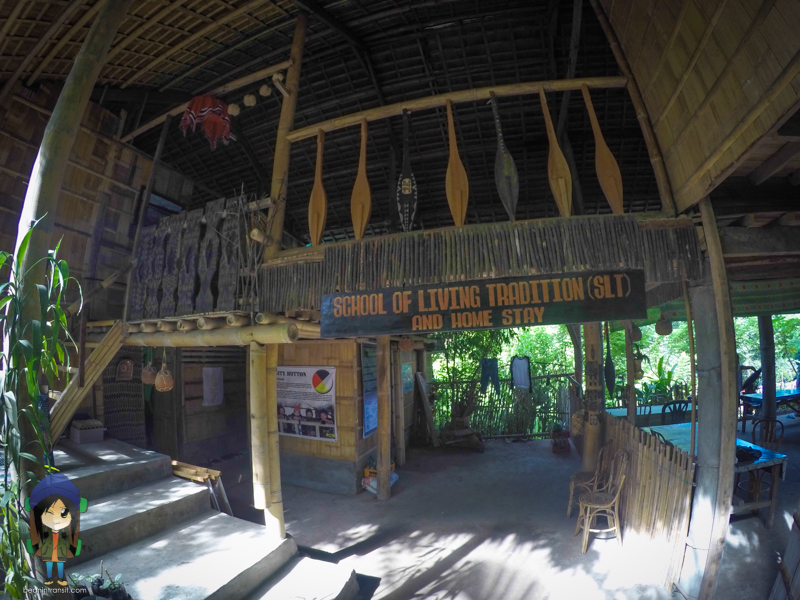 This school, by the way, was founded by Maria “Oyog” Todi, who is a tribal leader. She is a living master and cultural bearer, who teaches skills and techniques of traditional Tboli arts and crafts. Her students in this school are mainly Tbolis, but she also welcomes visitors, like us, who would want to immerse themselves in the unique Tboli culture.

One of the perks of traveling is meeting new friends along the way. And oftentimes, in most hilarious situations. There were no other occupants in SLT that night. It was just me and CJ and another traveler, Marisol. She was a solo traveler from Bacolod who happened to have a business to attend to in Davao. South Cotabato was her last destination before going back to Bacolod.

Our first meeting was pretty hilarious. There was no electricity and it was already getting dark. We were talking and getting to know each other without seeing each others’ faces. It was like a literal blind date. Ha-ha! 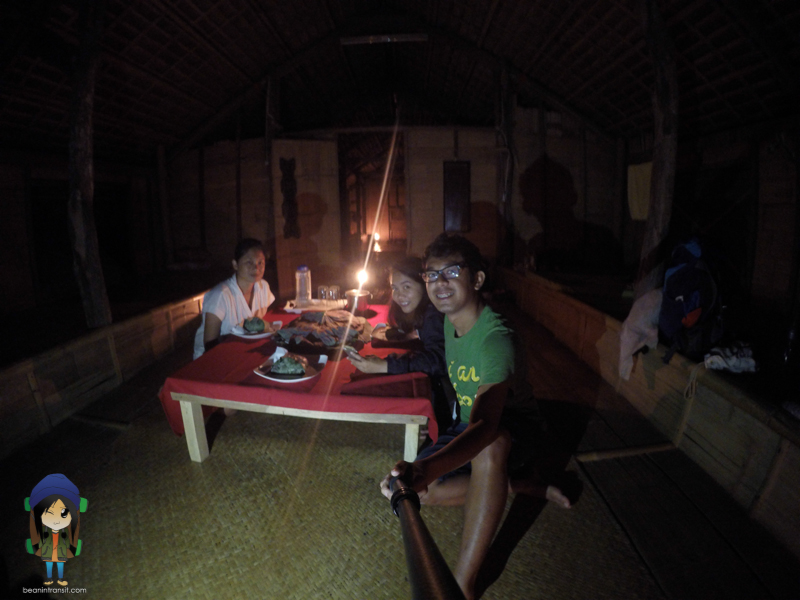 It was dinner time and there was only one lamp provided. Our host, Ate Mayang, prepared us a traditional Tboli meal. We wanted to capture everything but it was pretty challenging to take photos in the dark. Thankfully, we managed to pull it off using a flashlight. It was the best candlelit dinner I have ever experienced.

Tboli Music and my failed attempt to play one

Growing up, I remember our family owning several musical instruments such as accordion, piano, harmonica, guitars, and saxophone. I managed to learn a few that is why I claim to be just an average musically inclined human being. But, I’ve never tried playing ancient instruments such as the kulintang or Hegelung.

We gathered around and listened to our host and some of the students play Tboli music. I managed to record a few clips of the students playing. After that, they taught us how to play some of the instruments too. I was laughing all the time because I could not manage to find the proper timing. I resolved to simply listen to my friends instead because my attempts were starting to sound like a cat screeching.

Hats off for trying though, Hanna.

I would have wanted to stay a bit longer. One night in Lake Sebu School of Living Traditions was clearly not enough. To be able to witness how our Tboli brothers and sisters live was a rewarding experience. An experience I would truly treasure in my heart.

Many thanks to people like Ate Mayang for keeping these traditions and culture alive.

I am planning to revisit South Cotabato soon and if the Universe would allow me to set foot in Lake Sebu again, I would definitely go back to Lake Sebu School of Living Traditions.

A home away from home! If you are planning to go to Lake Sebu, South Cotabato, I highly suggest staying at Lake Sebu School of Living Traditions. @foureyedlaagan and I stayed here for one night and we were able to immerse ourselves into the Tboli culture. It was one valuable experience! I will be writing about my experience in this place soon.

If you are coming from General Santos City, from Bulaong Terminal, ride a bus heading to Marbel Terminal in Koronadal City. Bus Fare is Php 85. From there, ride a van going to Surallah Terminal in South Cotabato. Fare is Php 30. Next, ride a van heading to Lake Sebu. Van fare is Php 40. Inform the driver to drop you off near Gono M’Ken restaurant.

You can reach Maria Todi on her mobile number 0935 456 9359. The homestay rate is Php 350 per night which already includes breakfast. Prices vary if you want to order additional meals other than breakfast. It usually costs around Php 60.

You can also purchase Tboli accessories in Lake Sebu School of Living Traditions. These items are intricately-designed and made by the Tboli students. I highly suggest supporting them by donating or by purchasing these crafts to maintain the school.