My trip to the Twin Lakes Danao and Balinsasayao last year was so unfortunate. It was so unfortunate that it left my friends and I all worn out physically and mentally. I would say that it was one of my most dreaded experiences in Negros.

The original plan was to travel to Siquijor that day. It was something that I wanted to do for a long time, that I even made myself my own itinerary. I usually don’t make one, by the way. I’ve already searched all the possible places we can visit and activities we can do. I even searched for hostels we can stay in for the night too. In short, I had everything figured out in my head.

All of us woke up early on the day to catch the first trip to Sibulan, Negros Oriental. We were already in Santander at this time. It was raining hard hours before we boarded, but we were happy that when we boarded the ferry, the rain had already stopped. It was still the early hours of dawn, but we can all see that the skies has cleared. I thought, “This trip is going to be perfect.”

How absolutely wrong I was.

The moment we arrived in Sibulan, we immediately rode a cab heading to Dumaguete Port where boats bound for Siquijor are in. We arrived at the port at around 5 AM, so we were pretty confident we can ride the first boat going to the Island of Fire. Yet after several hours, while we were patiently waiting in our queue, we still haven’t got our tickets. We were already wondering what the hell was taking too long.

We didn’t have the luxury of time at this time, so it would be hopeless if we proceed to Siquijor. Hungry and sweaty from standing for hours, my friends and I decided to change plans. We decided to go back to Sibulan, and charter a motorcycle going to Lake Balinsasayao.

The Road Going To Balinsasayao Where All The Shit Happened

It didn’t take us long to reach Sibulan. After all, it is only 15-20 minutes away from Dumaguete City. We found two habal-habal drivers near the port who can take us to Lake Balinsasayao. It was negotiated that we’d have to pay 400 pesos each for the round trip fare.

Travel time is usually about an hour or so. It was one of the most uncomfortable motorcycle rides I’ve ever been on. You will have to endure a bumpy ride in a curvy, winding mountain road. Even though most parts are cemented, sitting for an hour or so on a motorcycle can be one of the strenuous thing in the world. I would rather watch paint dry. Kidding.

Now this is where the terrible thing happened. My friend Charlyn and I, road ahead of my sister and her boyfriend. All of a sudden, our driver noticed that his companion was no longer following us. So we decided to wait for them, just in case they simply had a problem with the motorcycle. I was starting to get worried this time, because it had been already several minutes, but they were still not on sight.

It was only when other vehicles passed that someone told us that our companions got into an accident. My insides were churning the moment that stranger uttered those words. We immediately took a detour, and there we found my sister, her boyfriend, and their driver, still recovering from a fall. Their legs had a terrible scrape. It was awful.

What happened was; as they were approaching a steep, winding road, a small piece of bamboo tree was blocking their way. The driver did not notice it ahead. Because of the impact, plus the winding, slippery road, the driver lost control. We were all thankful they did not fall off the cliff. It was only two meters away from them.

My sister was in shock, and did not want to proceed to Lake Balinsasayao. We were still halfway and if we chose to, we could have gone back. But after several exchange of words, we decided to proceed so we can get some medical supplies at the registration office. 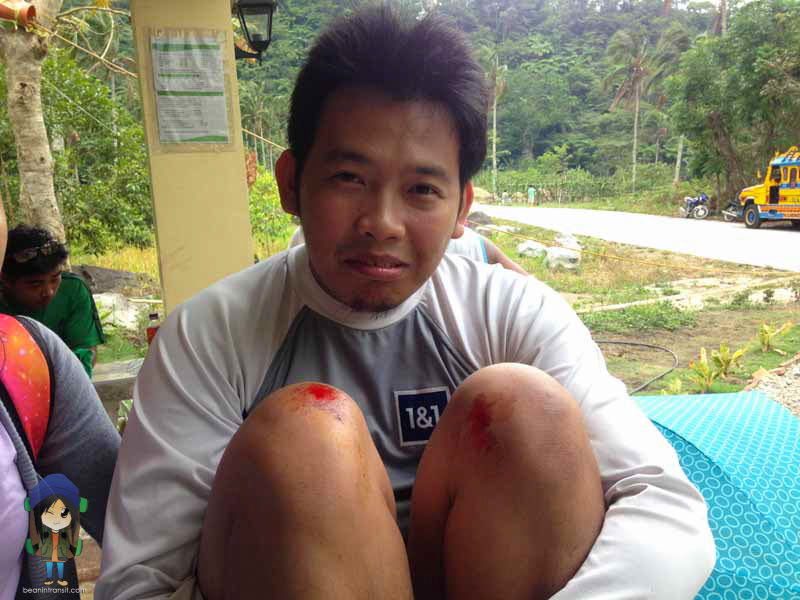 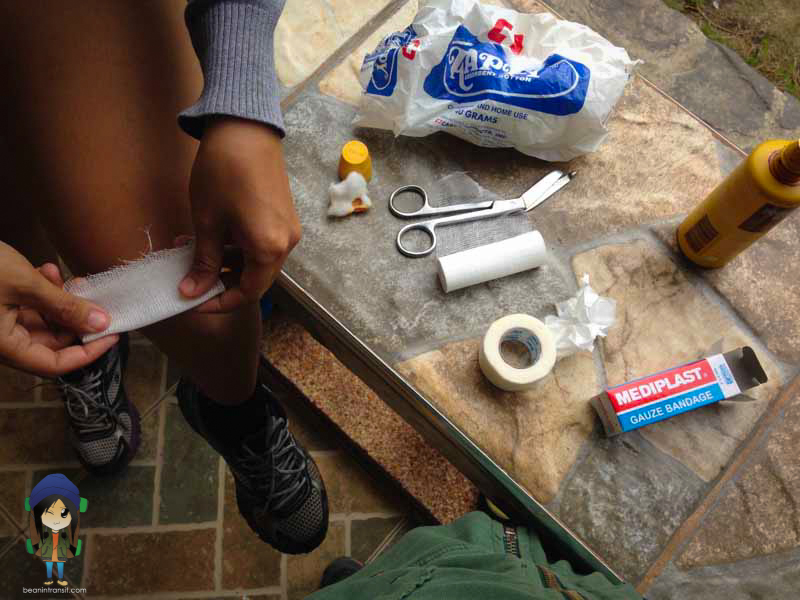 My sister and her boyfriend were so shaken about that incident, that they decided to give up their own motorcycle. It was that frightening.

We had to tell our drivers to slow down this time to avoid further more accidents. After several minutes, we finally arrived the majestic Twin Lakes Balinsasayao and Danao.

Upon our arrival, it rained. As if all the unfortunate things that happened wasn’t enough. We had no choice but to wait once again before we could do anything else.

i should probably tick off one thing from my imaginary bucketlist. ✅boating on a dormant volcano. Yes. Twin Lakes Balinsasayao and Danao are sitting on an old volcano crater which belongs to the volcanic area of Mt. Talinis. #laaganngabata #didyouknow

Lake Balinsasayao and Danao, by the way, are two of the crater lakes, belonging to the volcanic area of Mt. Talinis. This protected area is situated between three municipalities of Negros Oriental:  Valencia, Sibulan, and San Jose.

Boating and swimming is allowed in the lake. We wanted to make our stay as memorable as possible so we decided to rent a boat. Also, that is the only way to proceed to the twin lake which is Lake Danao. It costs 50 pesos per person.

Lake Balinsasayao is by far, one of the most beautiful lakes I’ve been to. The area is so huge. If truth be told, all the obstacles we experienced just to reach that place was so worth it. Louis Armstrong’s ‘What a Wonderful World’ was playing in my head the moment I saw the lake. 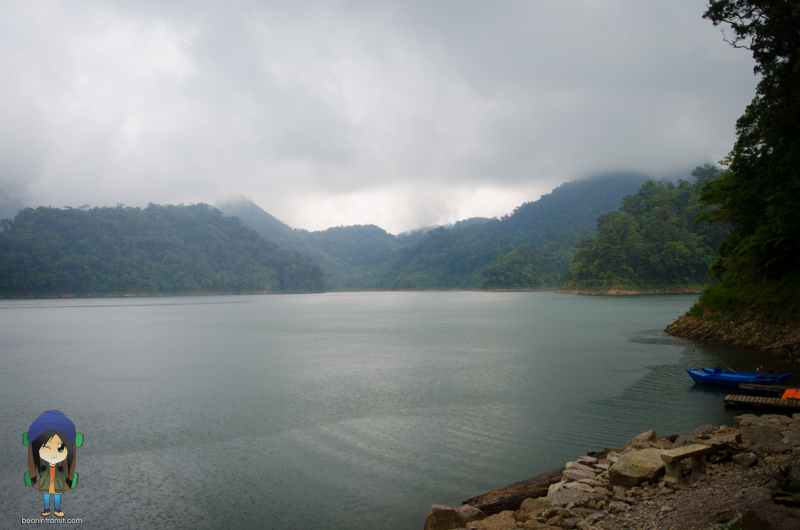 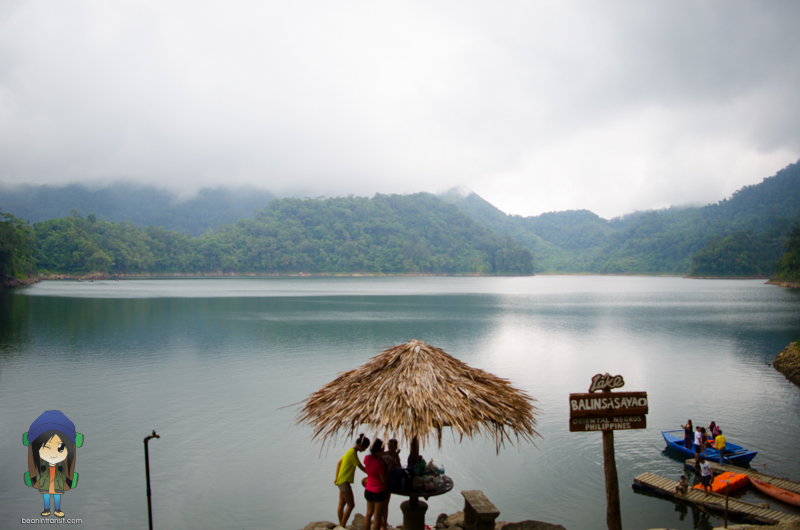 The twin lake, Danao, isn’t that far. It only took us about 10 minutes to reach the other side. Compared to its twin, Lake Danao is a bit smaller, but still beautiful.

Lake Danao is perfectly hidden behind the rich rainforest, you will have to climb a viewing deck to see its entirety. After we took pictures from the viewing deck, we trekked down to discover what else this lake has to offer. 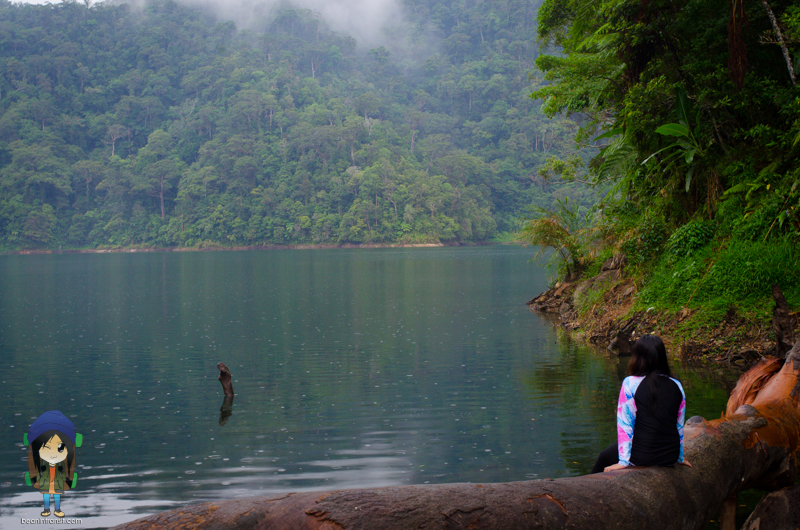 There were no other people in the area, and it was such a nice feeling to have the place all by ourselves. The place is so serene, I actually imagined monks doing meditations there. Other than our voices, I can only hear the tiny voices of birds and crickets chirping.

Of Lessons and Takeaways

We would have gone back to Valencia that day to visit Casaroro and Pulangbato Falls if not for the accident. But because of that, we had to cancel all our plans and went straight back home.

This day was one of those days that I really felt that the Universe was definitely conspiring against me. Haha! If there’s one thing I learned about that this incident is that, we can never avoid accidents, no matter how careful we try. If it is bound to happen, it will happen. The only thing we can do is to be ready.

Despite everything, I found beauty in this unfortunate day. Looking back, it makes me laugh remembering my hungry, pissed off face at Dumaguete Port, waiting for our turn to get our tickets to Siquijor.

If we didn’t experience this travel mishap, I wouldn’t have been able to write this story. 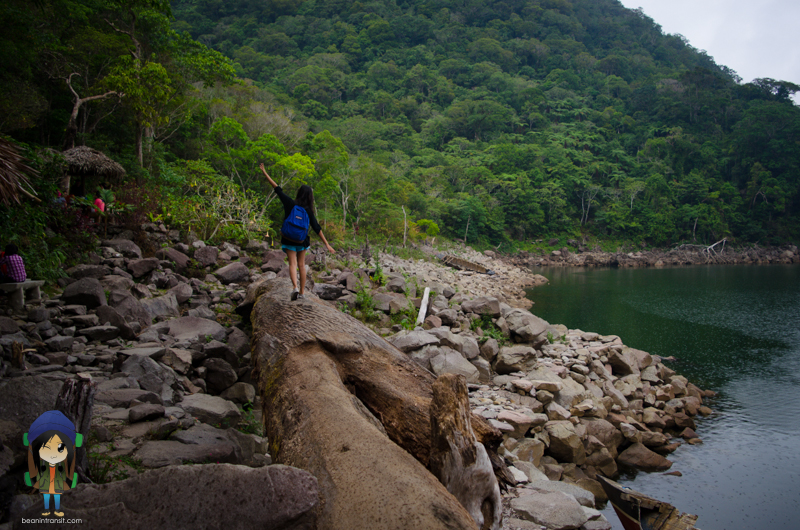