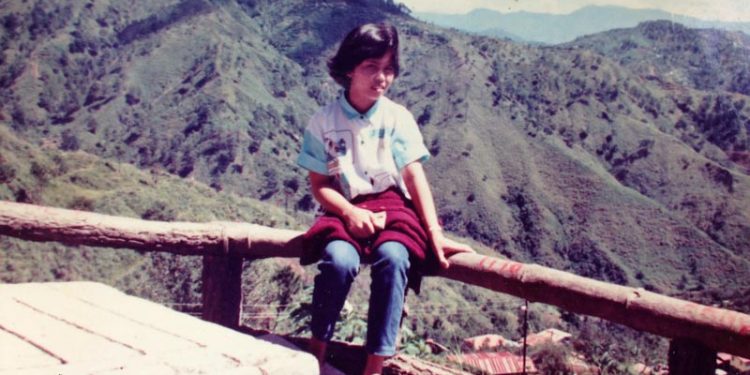 For 10 years, my Mama and I only get to see each other few times a year, depending on holiday schedules. I was in my sophomore year in high school when my family decided to move to the southern part of Cebu. My sister and I were left here in the city at the care of my extended relatives. My father would occasionally visit my Mama and siblings in the province since he had to find a living here in the city.

I can still remember how devastated I was all those years ago. Not having a mother at your side in your teenage years is challenging. And considering how negligent and irresponsible I was made it even more difficult.

I was the silent bomb in the family. I was the epitome of a common teenager – angry and rebellious. Unlike my sister, who wore her heart on her sleeve, I was pretty much pretentious of my situation. To mask my loneliness, I resorted to going out with friends and classmates to have fun. We would go to far-flung places in our limited budget to explore beautiful places. I would grab every chance I can get just to get out of the house and distract myself. I’d rebel against anyone who tries to imprison me. In fact, I ran away from home and volunteered in an orphanage at the age of 16.

I wasn’t abused at home. I was simply not happy. One time, I only had 50 pesos in my pocket when my friends and I decided to go somewhere in Punta Engano. We didn’t have enough money to go to a proper beach resort so we walked around instead. Much to our amazement, we found a mini cave connecting to towards the sea somewhere in the urban poor areas of Punta Engano. The photo above was taken above the mini cave I am talking about. Every Saturday, we’d have dance practices or meetings at school. This picture was taken somewhere in Guadalupe or Kalunasan (i’m not really sure) after a project meeting. We walked several kilometers towards a remote forest and eventually found ourselves at Balisong Falls.

Not until recently, I learned that my mother was pretty much the same in her teenage years. I thought I knew her so well I didn’t bother asking questions. I also didn’t have anyone else to ask to because you see, my mother is from Bicol, and she doesn’t have any other family here in Cebu. So when one day, she told me she actually ran away from home, I was, to say the least, surprised.

She too was imprisoned by her situation. She was angry and hungry for change, for adventure… for life. So she ran away from home and flew to Manila. She got a job, met friends at church, and eventually flew here in Cebu to work for another church member. She traveled to basically, just ANYWHERE. Eventually, she met my father at church, got married, and decided to stay here in Cebu for good.

She is my inspiration and the first reason why I wanted to travel and leave my comfort zone.

She underestimates herself sometimes and she doesn’t realize how amazing she is. She would gladly help others whenever she can. She does things for others without expecting something in return that’s why she gets taken advantaged by others. She looks fierce on the outside but she has a heart as gentle as a dove. She is my ultimate #MotherGoals.

I found this picture of her in Baguio when I was still a kid. I was so inspired that I promised myself that when I finally get the chance to go to Baguio, I would visit the same spot where my mother had been.

And I did, three years ago! [ Well, the exact same spot is a little bit more on the left side but it was flocked with tourists that time so I settled to have my picture taken here instead. ]