When I am traveling, there are only two scenarios that can pressure me to wake up in the wee hours of dawn: if I have to catch the first flight out or if there’s a destination that only looks magical in the morning – a view that I simply cannot miss.

Hence the decision to visit the Borobudur temple for its sunrise view.

It was a difficult decision to make though. My friend and I were already in the middle of our two-week-long backpacking trip in Java, Indonesia. We haven’t had a decent sleep for 7 days. Whether it was to reach a train station on time or to get on top of the mountain before sunrise, we had to constantly wake up at 2 or 3 AM every single day since we have landed in Indonesia.

I didn’t plan on visiting the largest Buddhist temple in the world and end up looking like a zombie. But hey, that’s exactly what concealers are for.

We could have chosen to visit the Borobudur Temple in the afternoon, but based on reviews, the temple is best experienced on a sunrise tour. Besides, the ticket price to get to this temple is quite pricey. We didn’t want to spend a lot of money and not get the best views in return.

We arrived at the temple at around 4:30 AM. To our utter disappointment, there were already a lot of tourists who arrived earlier than us. Most of them have set up their cameras and tripods just waiting for the sunrise. Luckily, we were able to find a good spot with a great vantage point to watch the sunrise views over the Borobudur temple.

As soon as the first rays of the rising sun appeared, the magnificent views all around us slowly unraveled. I finally understood why people kept saying that this is the most mystical time to explore the temple. The early morning light gives the stone-cold appearance of the stupas a warm glow. It’s as if the temple has come alive. 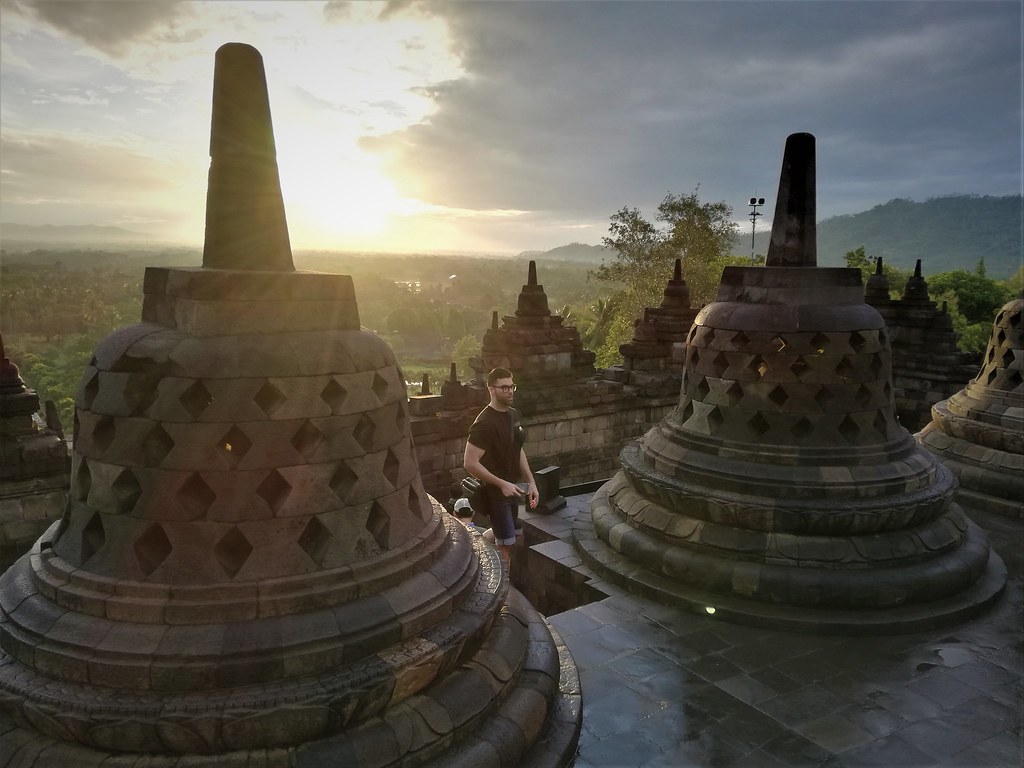 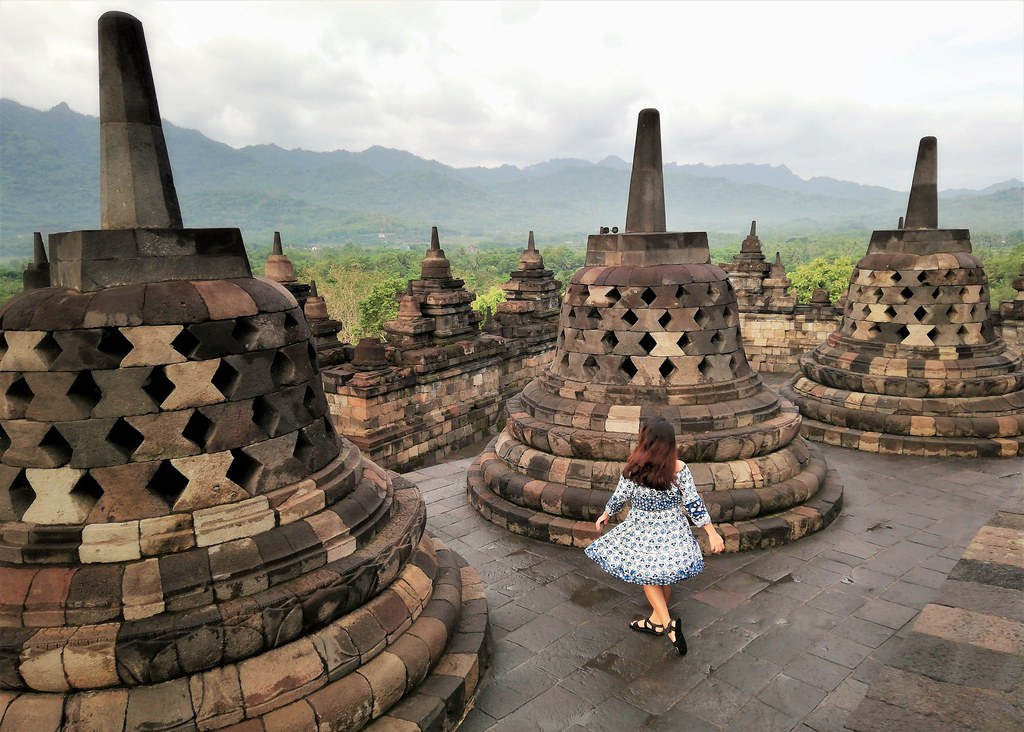 In the distance, green woodlands, massive volcanoes, and towering mountain ridges fill the view. Not a lot of modern structures to see near the temple’s vicinity. 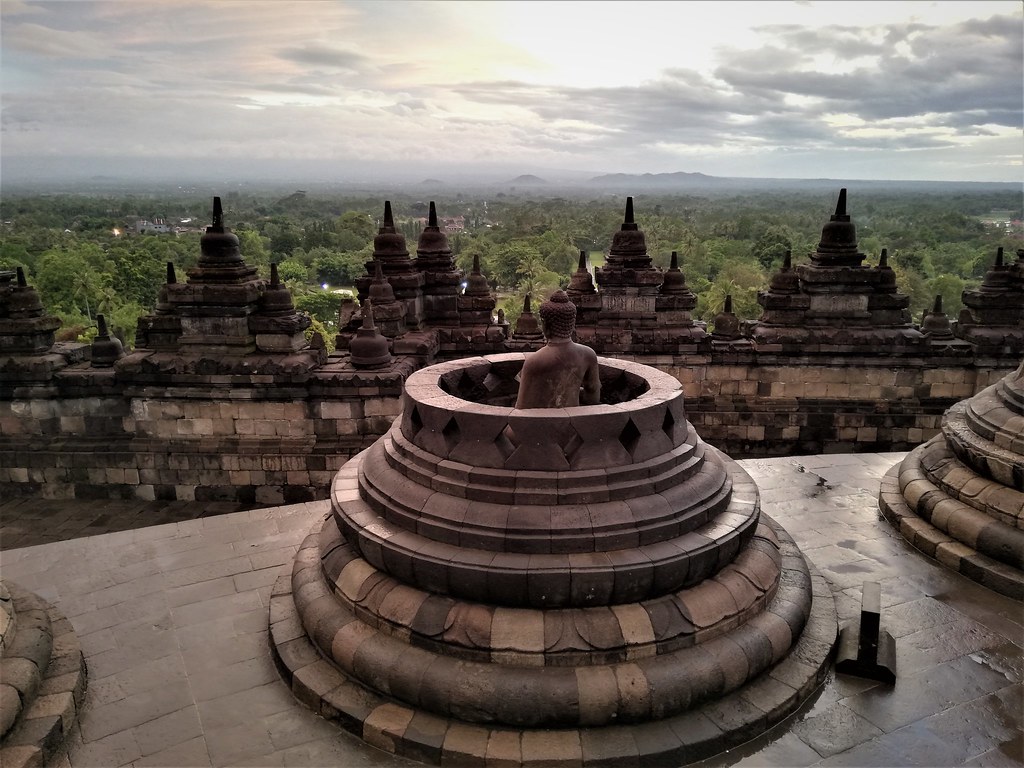 Has it always looked like this in the past? It makes you wonder if this is a glimpse of what Indonesia may have looked like before the spread of Islam in the country. 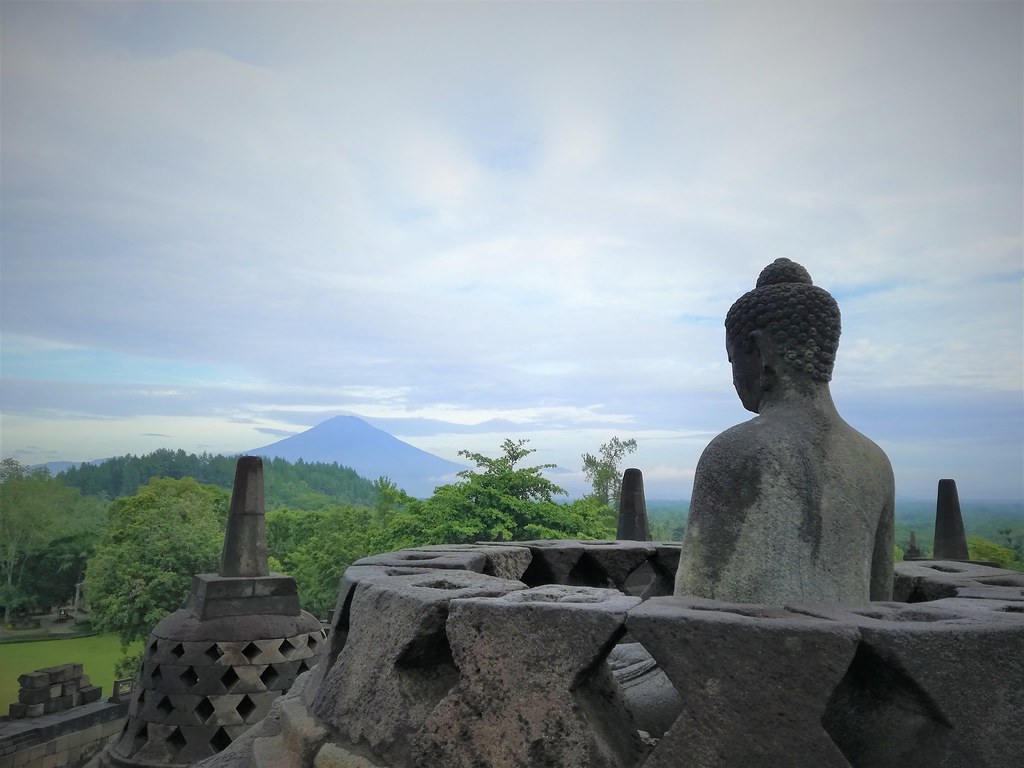 This temple, built on natural rocky outcroppings, surrounded by volcanic mountains, is one of the greatest Buddhist monuments in the world.

Located on the island of Java in Indonesia, this massive structure is believed by many historians and archaeologists alike to have been constructed in the 8th and 9th centuries AD during what scholars call “The Golden Age” for Javanese culture. Built entirely out of stone blocks from nearby quarries these men would have had no shortage whatsoever when it came time assembling them into place. The temple was built as an architectural wonder and pays homage to the Great Sun Buddha himself in all his glory. 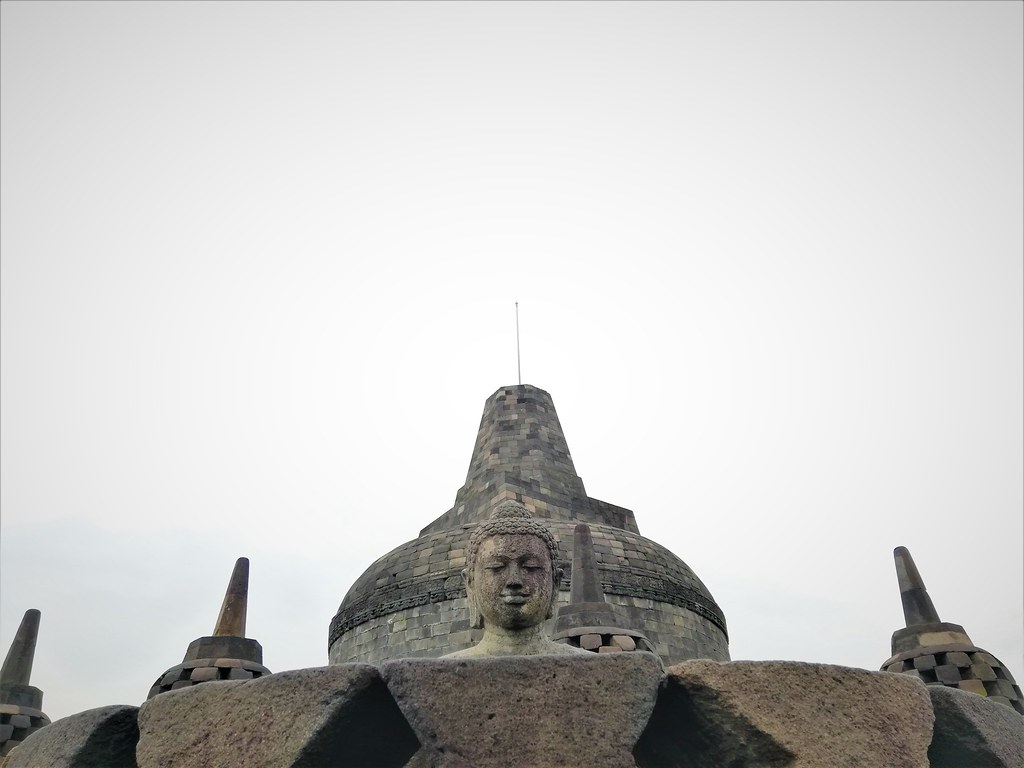 The base-level was created as five concentric square terraces, with each step culminating in one giant platform to express how life builds and culminates into enlightenment. From there stemmed three circular platforms containing 72 openwork stupas that house statues of Buddha that can be seen from across the world.

The compound consists of three monuments namely, the Borobudur temple, and two smaller temples called the Mendut temple and the Pawon Temple. At Mendut Temple, there is a large statue of Buddha with his followers on either side while in Pawon, no specific deity is on display inside. The three temples represent different phases to reach Nirvana; during which life’s obstacles can be dealt with as one progresses towards enlightenment through meditation or spiritual connection to God himself.

Borobudur has been nominated among the Seven Wonders of the World multiple times. The temple was renovated in 1983 and along with Mendut and Pawon temples, the Borobudur Temple is now a UNESCO World Heritage Site and stands as one of Southeast Asia’s most incredible wonders today!

It’s all in the details.

I love the intricate details of the Borobudur Temple. It has a number of different levels, each with its own intricacies. You can see carvings of all different depictions of Buddha that are set in between layers of stonework. It’s also neat how the sun rises right through the structure at certain times of day, flooding light in a beautiful manner. 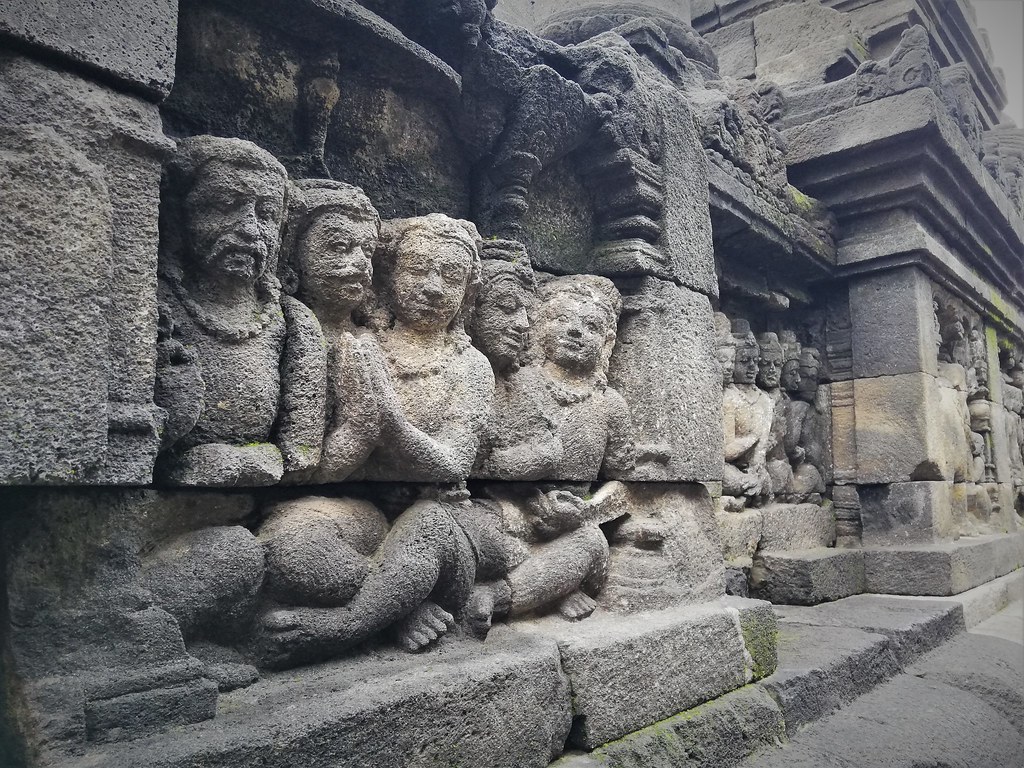 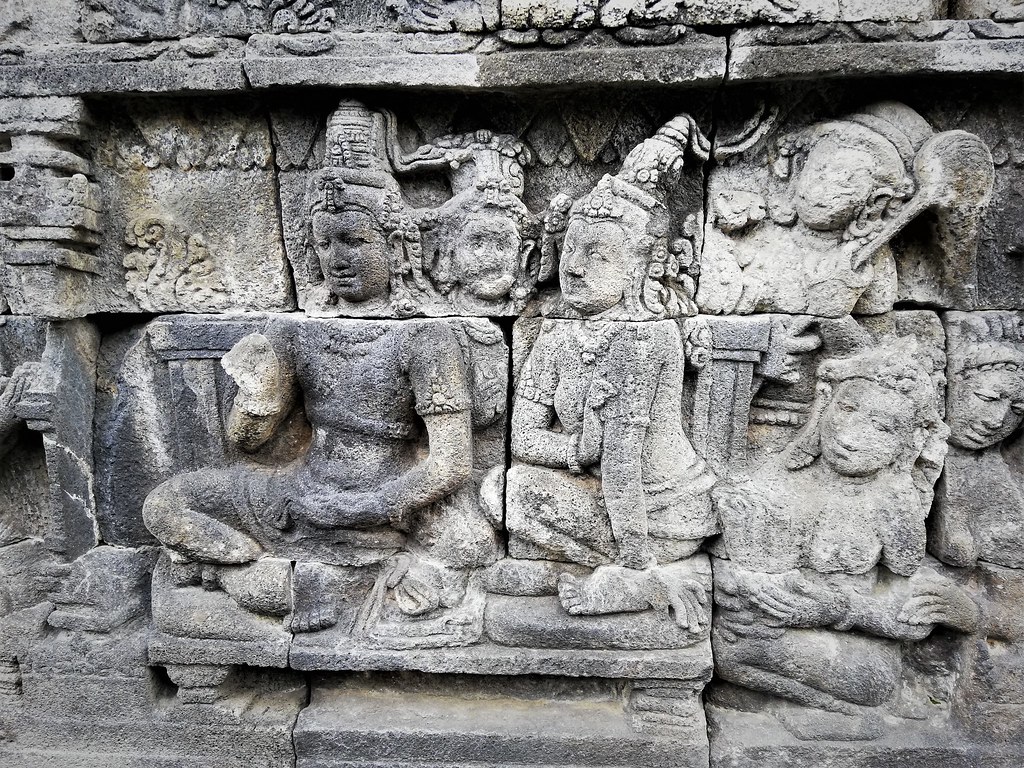 Walking to the top is a pleasant climb which finally leads you to an observation area where you will have an amazing view of the surrounding landscape. One of the best things about Borobudur is that you can explore every inch of this wonder and still leave wondering about even more that you couldn’t see at the time. 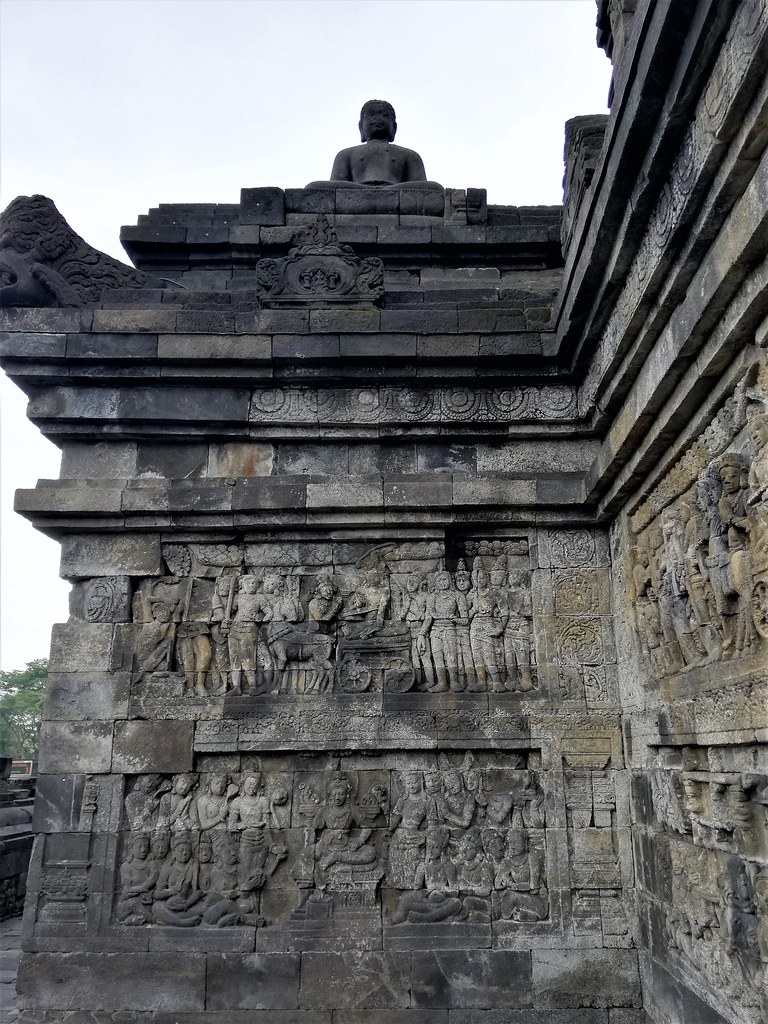 I mean, the sheer size of it all! It’s interesting to see stories about Buddha’s life carved into the walls and everywhere else. There are so many different levels and massive halls in which people can explore and learn about Buddhism in its purest form! 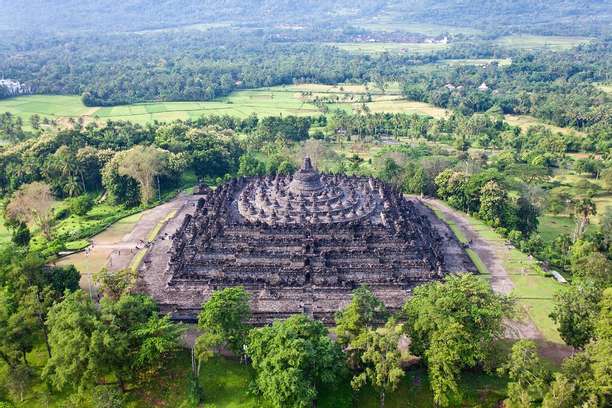 Exploring such a huge place with different features has definitely been an experience in itself. It was all really beautiful and I’m glad that I got to see this with my own eyes. The Borobudur Temple is a must for anyone in Indonesia who wants to get a true feel for the history of this amazing country. 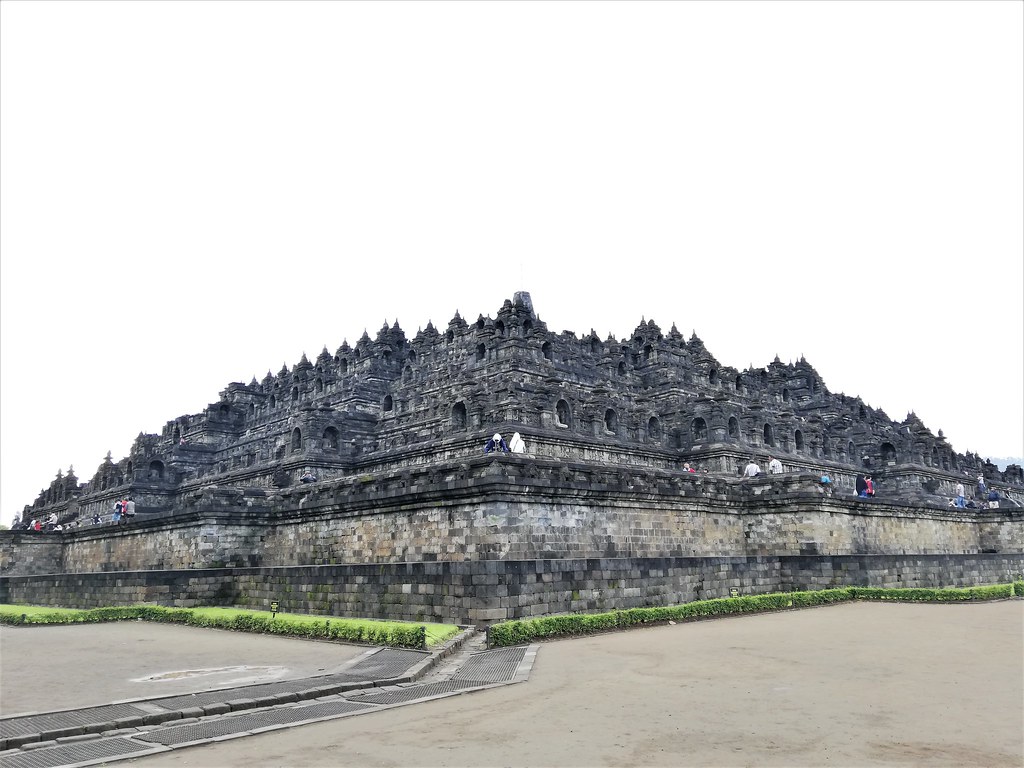