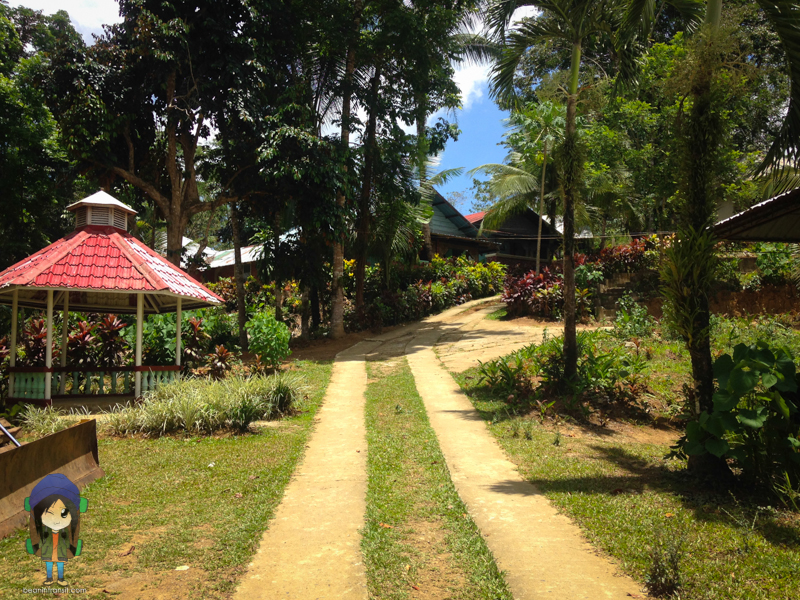 I got the chance to be invited to this workshop and wrote a separate post about this on CebuFinest.com. It was one exciting workshop because we were joined by Instagram mavens, Kimi Juan and Thomas Caja! I was so excited because I wanted to learn more about mobile photography. For years, I’ve only used my phone in taking pictures whenever I travel, and I wanted to be good in doing it. 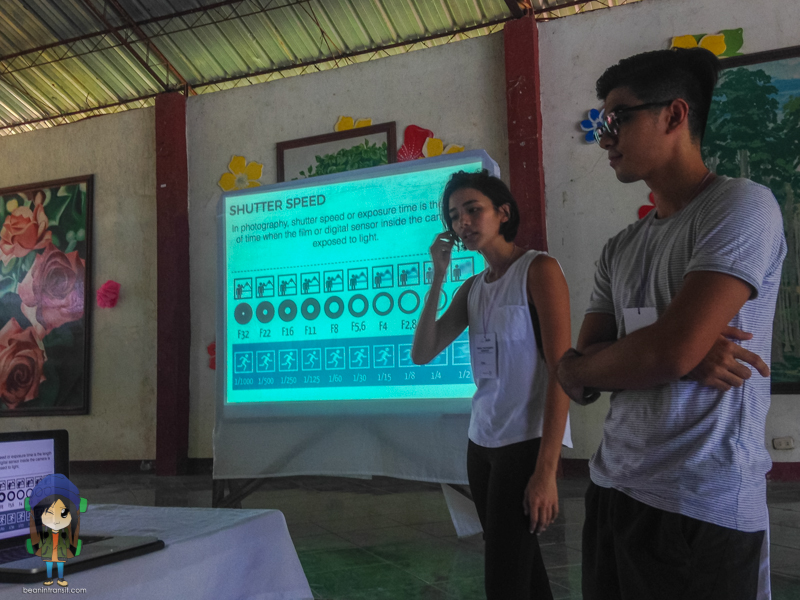 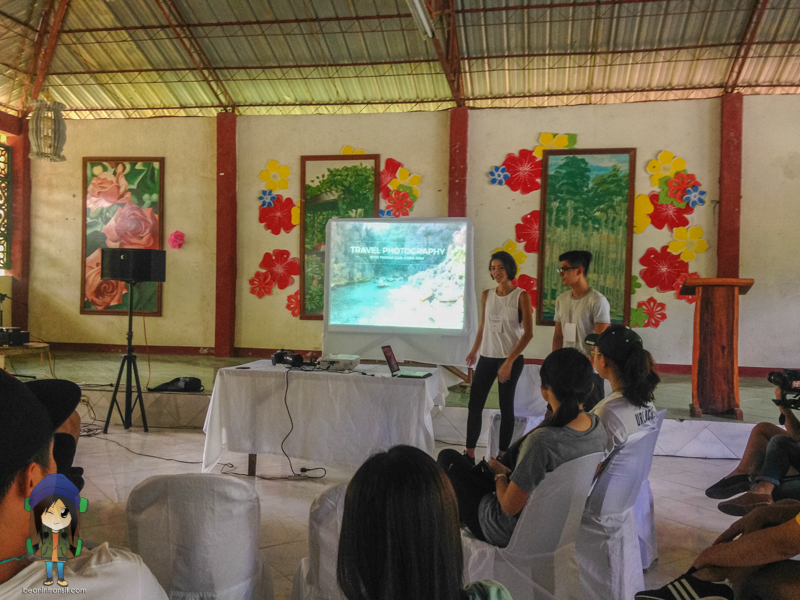 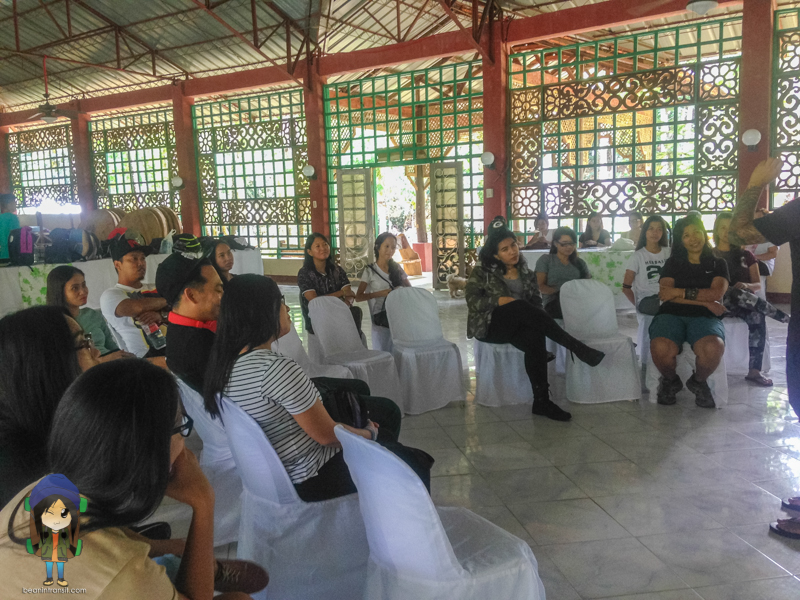 Thomas and Kimi first shared how they both got into photography, and eventually, travel photography. I like them because they are such easy-going people and I can relate to their experiences in traveling. They’ve been traveling around the Philippines, to capture moments and beautiful sunsets, from places we never knew existed. They are not only my #couplegoals but also #travelgoals. Haha!

After sharing their experiences, we then proceeded to discussing about the technical aspect of photography. From shutter speed, to ISO, composition, and whatnots. I pretty much focused on composition alone because I don’t have a SLR, and my smartphone is pretty basic.

Right after the workshop, it was time to apply what we have learned! We were informed by Kaloy, one of the staff who organized this workshop, that we will be trekking from the Experimental Forest in Minglanilla and go spelunking through the 7 interconnecting caves in Minglanilla. Our last destination would be the famous White Cave. 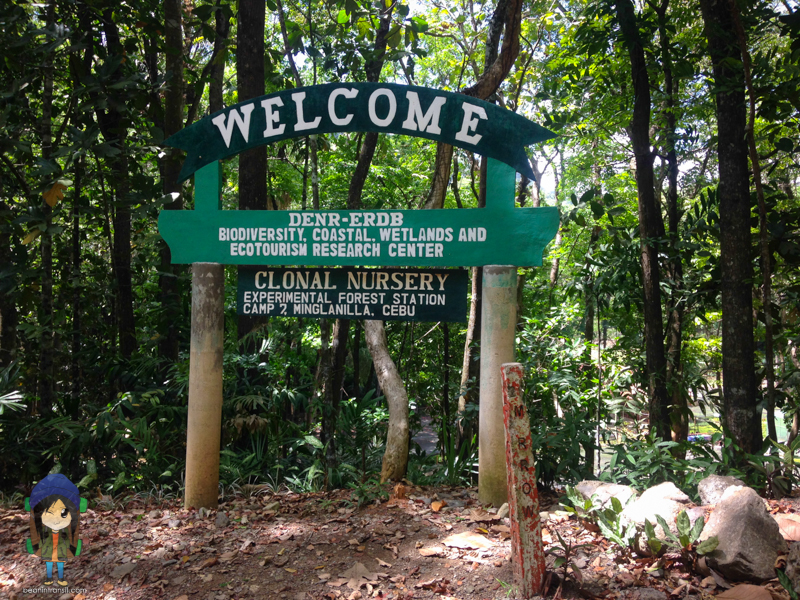 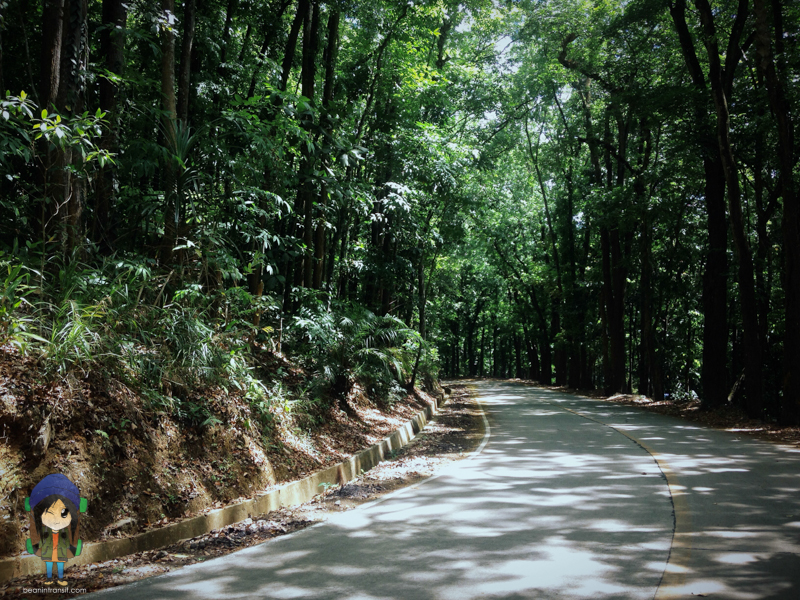 Now, he told us before we started that if we can’t take the whole trek, we can stop at Cave 3, but should we wish to proceed beyond that, we have no choice to turn back. He warned us that three times. Guess what? We were all excited and our thirst for adrenaline rush was so pumped up, none of us stopped at Cave 3. We had no choice but to finish the whole trek! 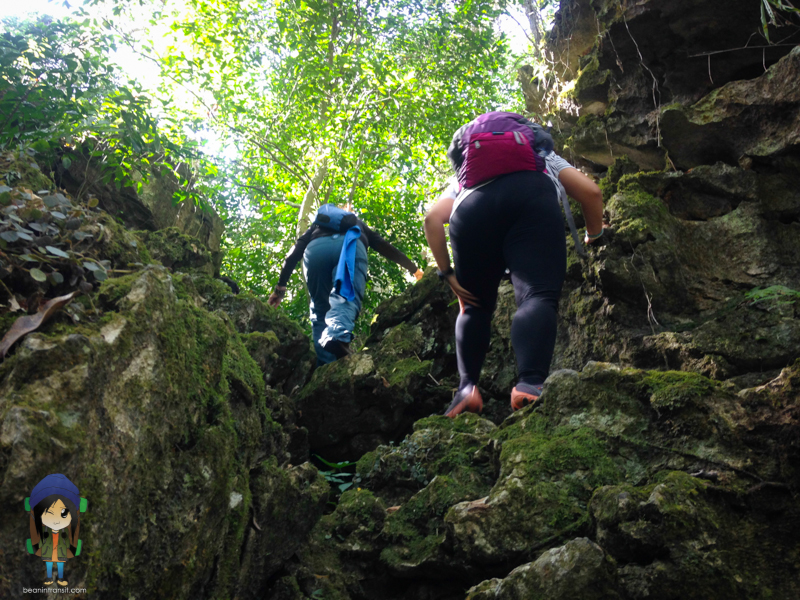 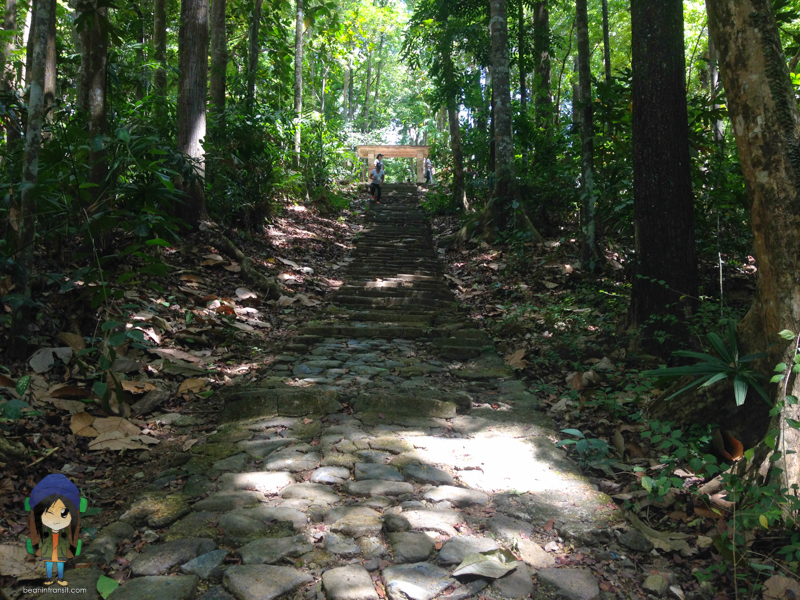 It was one hilarious experience, because we were all laughing about our choices in life. There were no established trails to some areas, and we did not expect how hard that trek would be. We had to literally climb rocks and crawl through narrow crevices. We even passed by a freakin’ sinkhole!

One of the funniest highlights of the trek was when, Michael of The Happy Solo Traveler, got his pants ripped off while all of us were on a steep descent. He was not wearing underwear at that time, so his ass literally flashed in front of our eyes! HAHAHA! 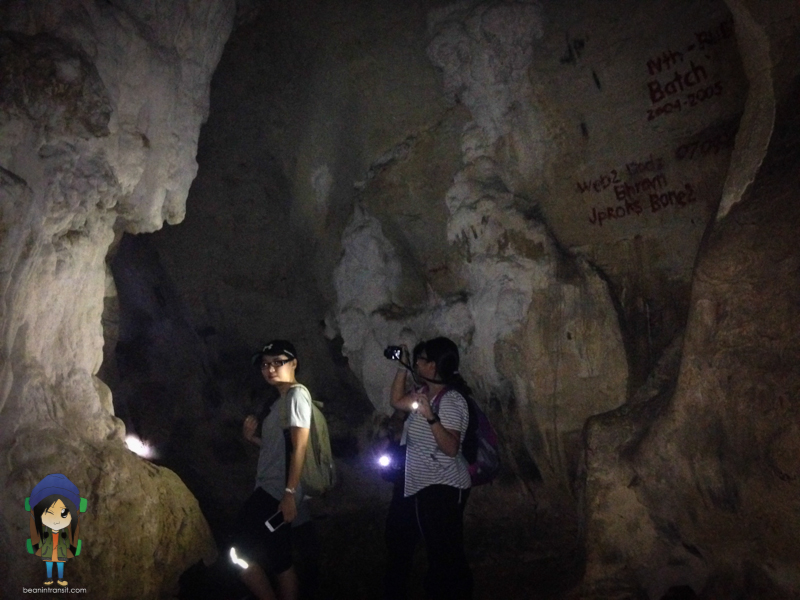 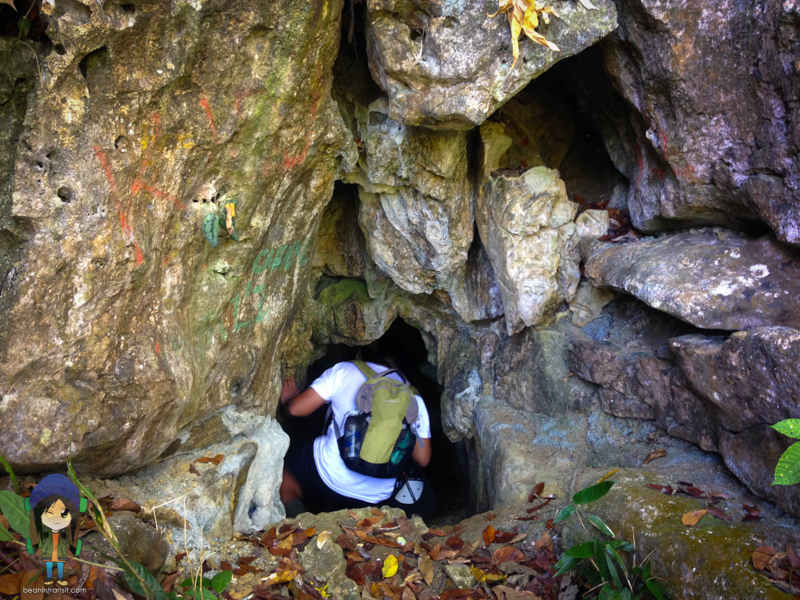 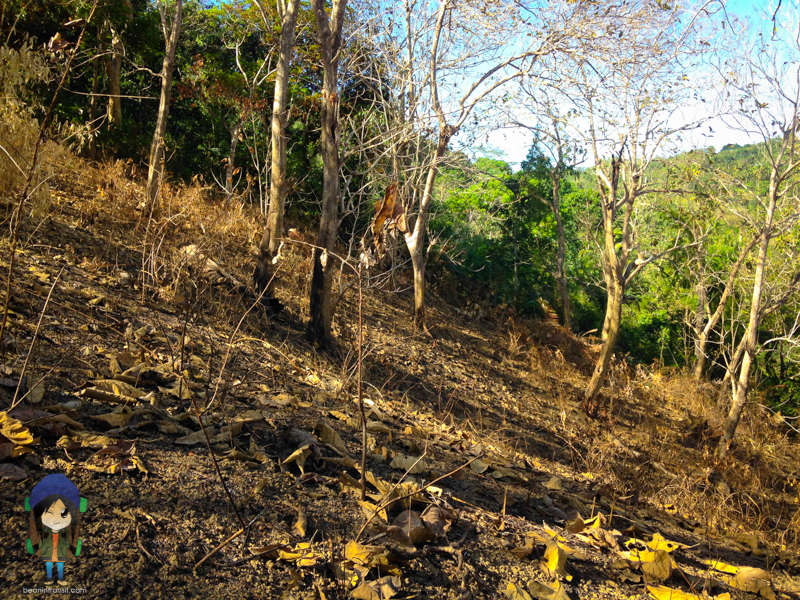 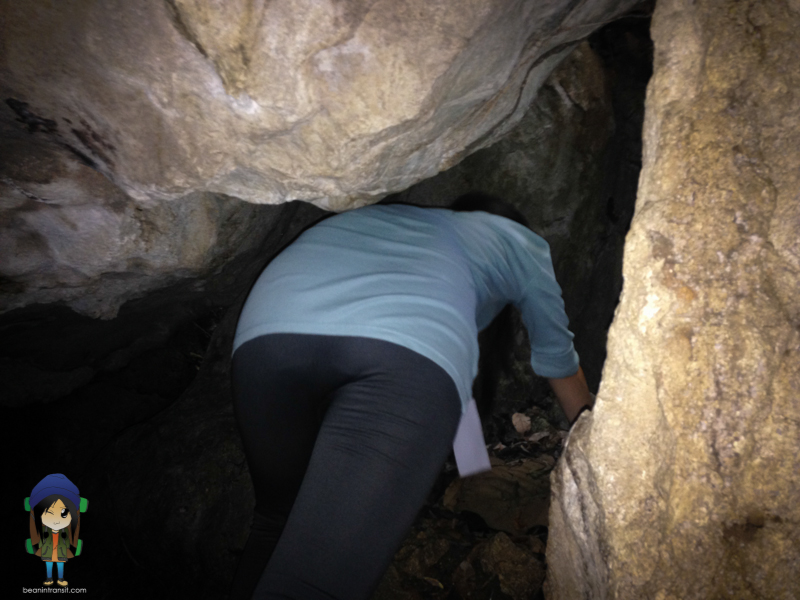 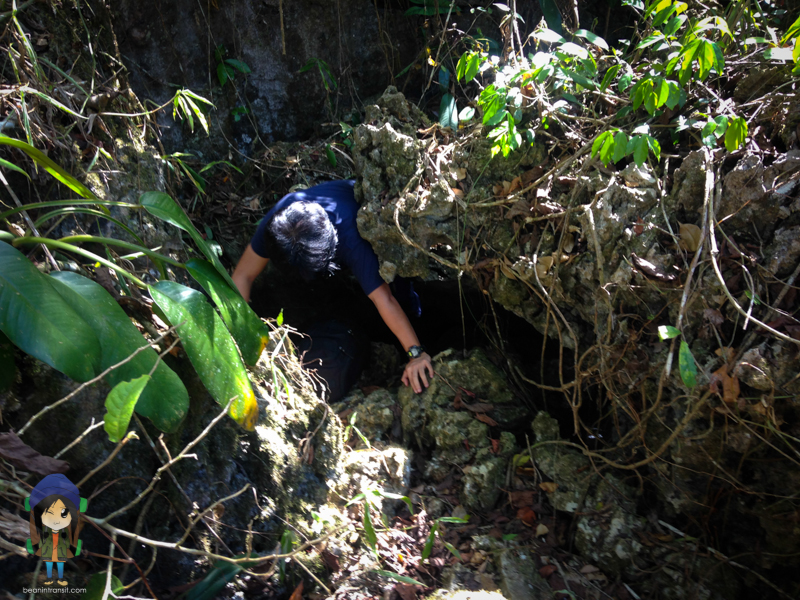 After almost 4 or 5 hours of trekking, we finally arrived the famous White Cave in Minglanilla, which by the way looked like The Wall in Game of Thrones. 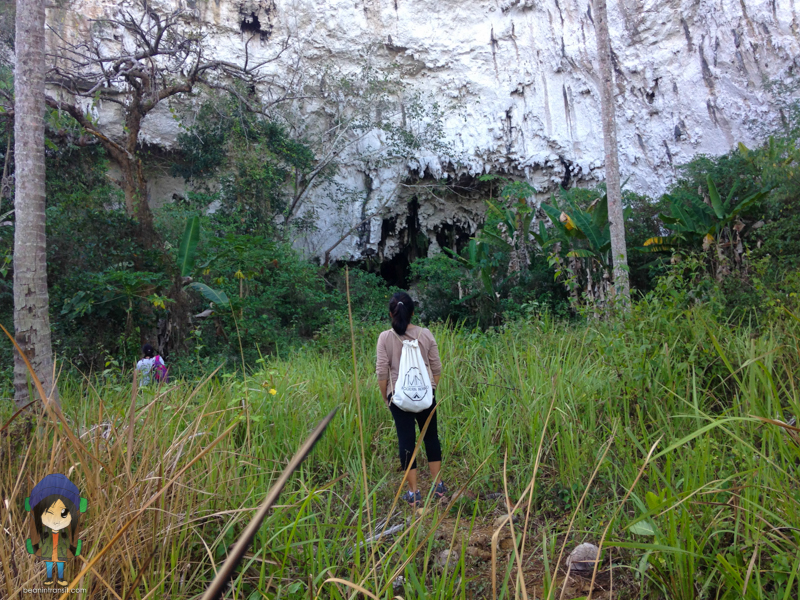 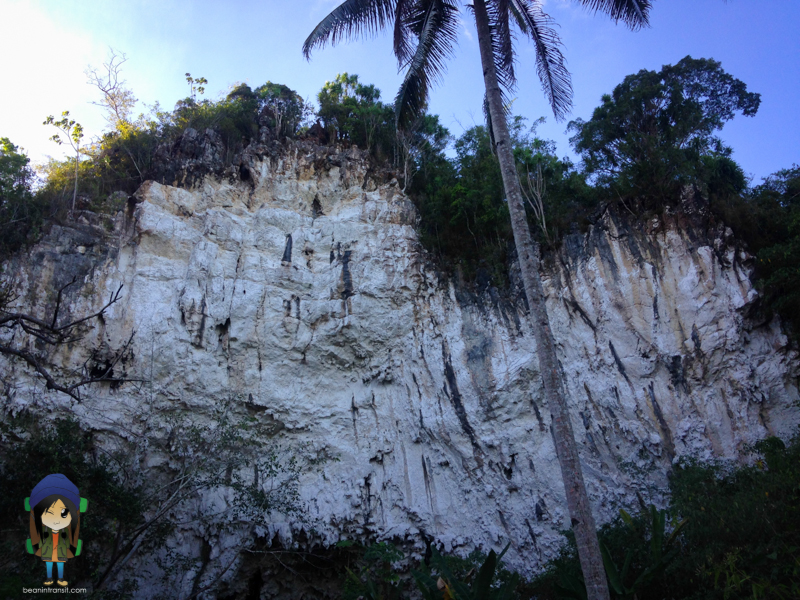 I pretty much forgot the facts about this cave, but if I am not mistaken, no one has actually explored its entirety yet. I am definitely looking forward to go back once the authorities assigned to this area will finally allow people to explore this cave.

We were only allowed to stay at the cave’s entrance so we took our time to take pictures of the area. For me, caves are one of those places where I find beauty in the dark. Walking through mysterious and dark passageways is as appealing to me as seeing the view on top of a mountain. 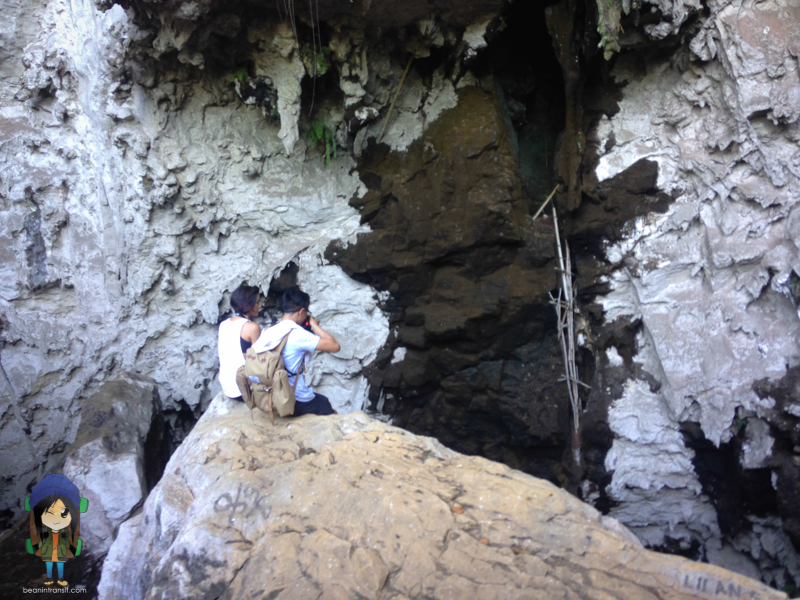 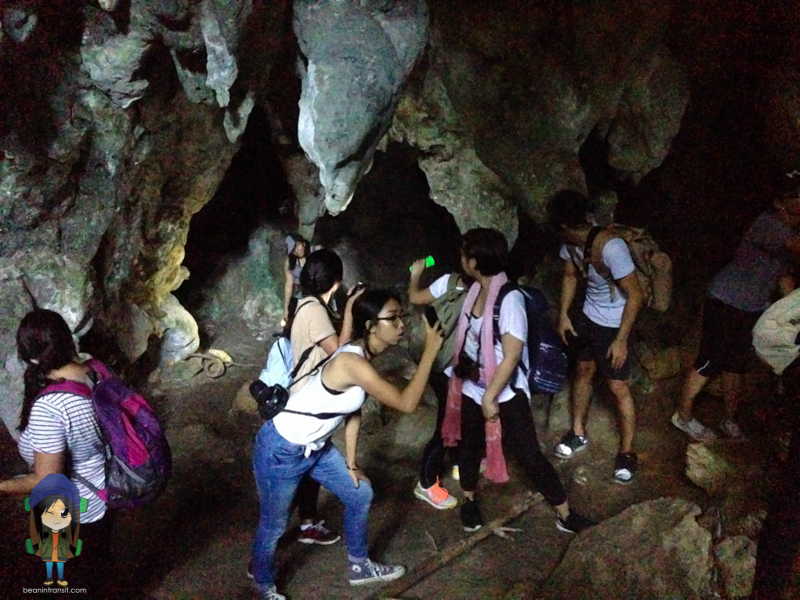 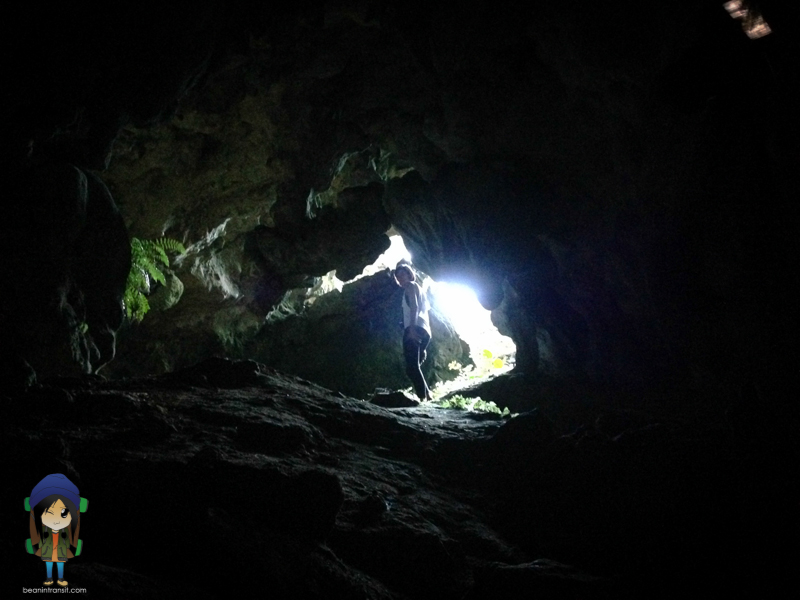 We had to instantly make Kimi our model when she stood at the entrance of White Cave.

Right after that, we returned to Springpark Mountain Resort – all hungry and tired. Most of us had scratches, and some even had minor injuries, but nevertheless, it was one hell of a photo trek!

After we had our dinner, we gathered around at the resort’s receiving area, and had a bonfire. Some of us shared our travel stories, most of them hilarious stories while on the road. I learned a lot from people who shared their travel stories. One of them was Lorenz, who runs Tatang’s Lechon, who shared his hilarious story when he and his wife booked the a wrong flight, and they thought they were finally going to see Mt. Everest. He also shared that whenever he travels, learning the different tastes in every place he goes is his main goal. No wonder Tatang’s Lechon tastes so good. I also met a few interesting people that night who run their own businesses after applying what they all learned from traveling. 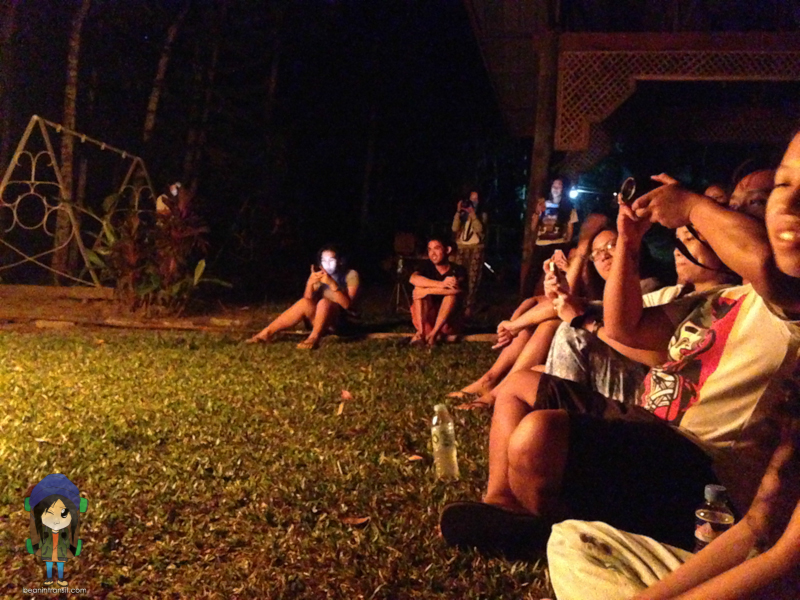 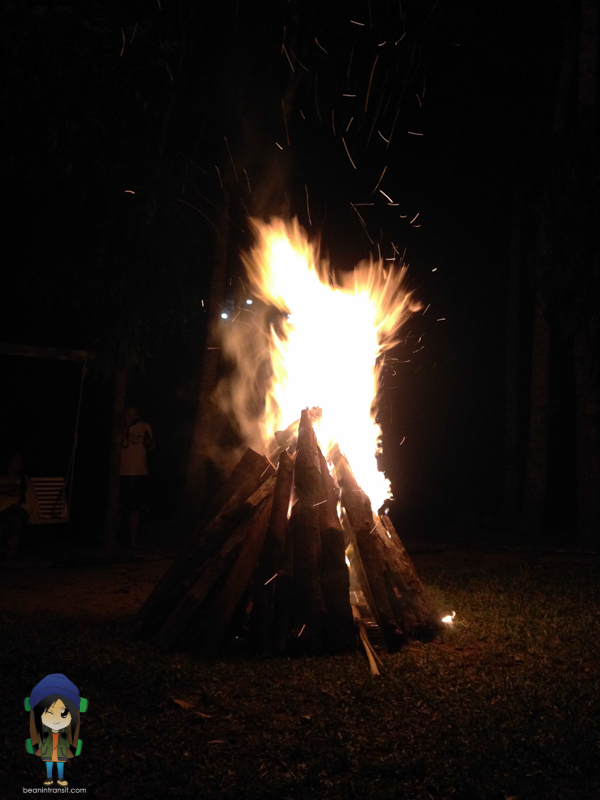 There were singing, and laughing, and learning new things. It was definitely one night to remember.

Thank you Explore 360 for that unforgettable experience! Cheers to more years of adventure.