I have always been fascinated by street performers for as long as I can remember. That’s because I could never have that insane confidence to be out there.

I had my first piano recital back when I was in 3rd grade. It was in an auditorium with about a hundred people around. To this day I can still remember the feeling of just wanting to evaporate into thin air. I managed to finish the piece but my hands were shaking the whole time. That was the day I learned that I don’t like being the center of attention.

Still, the thought of trying to perform in front of strangers is something I wanted to try at least once in my life. Playing on a street piano, in particular, is something I’ve always wanted to do. So when I found one while strolling around Seoul’s Dongdaemun Design Plaza, I had to muster all the courage to play a piece.

A week prior to my trip, I learned how to play Can You See My Heart by Heize which is the OST of Hotel del Luna. I decided to play it.

It was a disaster! I don’t play the piano regularly anymore so I’m already a bit rusty. I was pretty sure I won’t be able to perfectly pull it off, but I still had so much fun. Probably because there were only a few people around. LOL 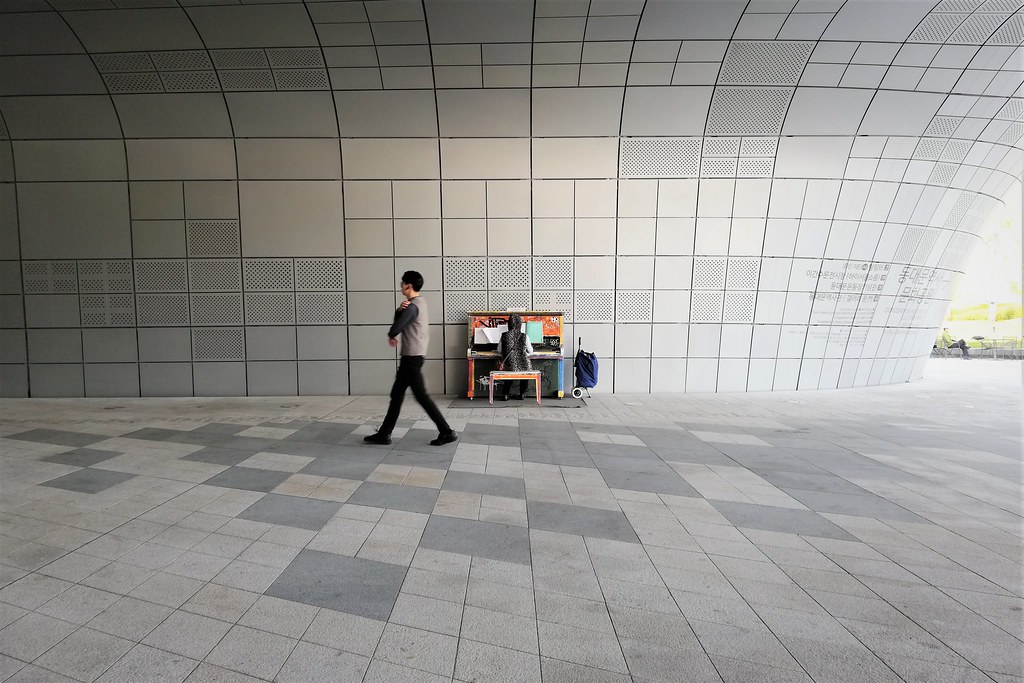 There’s this ahjumma who kept on interfering with me, so I wasn’t able to focus on playing. My Korean is pretty bad, but I could pick a few words of what she was saying. She was basically telling me to stop and move to another piano located on the other side of Dongdaemun.

When I told my friends about this, they told me what a rude gesture! But I was in a country where one’s age matters a lot. In Korea’s Confucian tradition, the elderly should be treated at all times with the utmost respect.

I decided to just wander around the plaza. I found the piano she was talking about but someone else was playing on it. 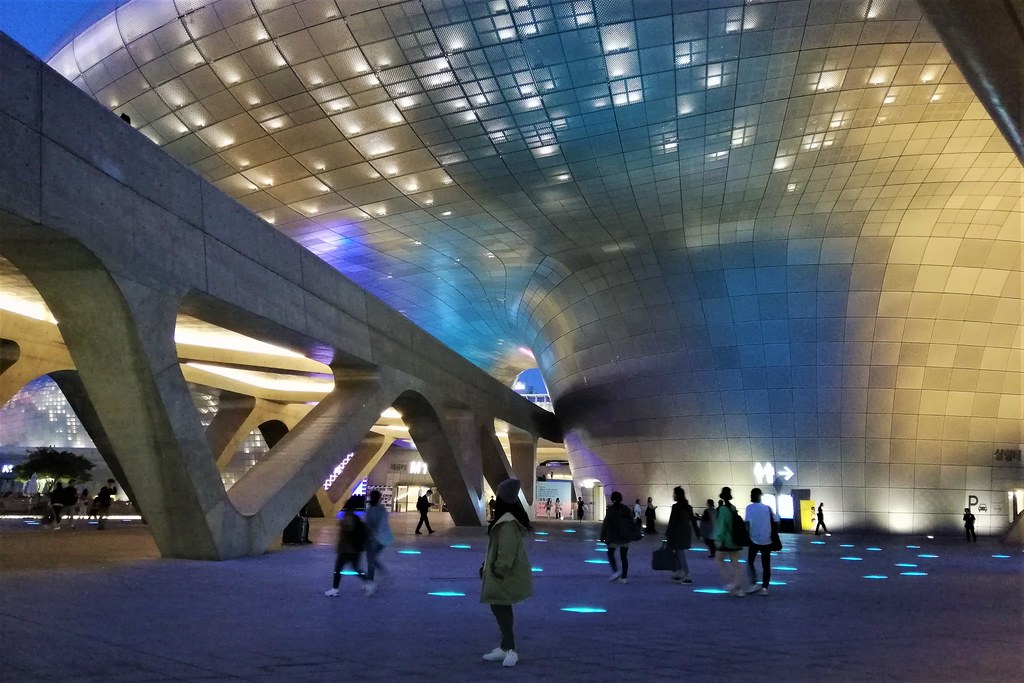 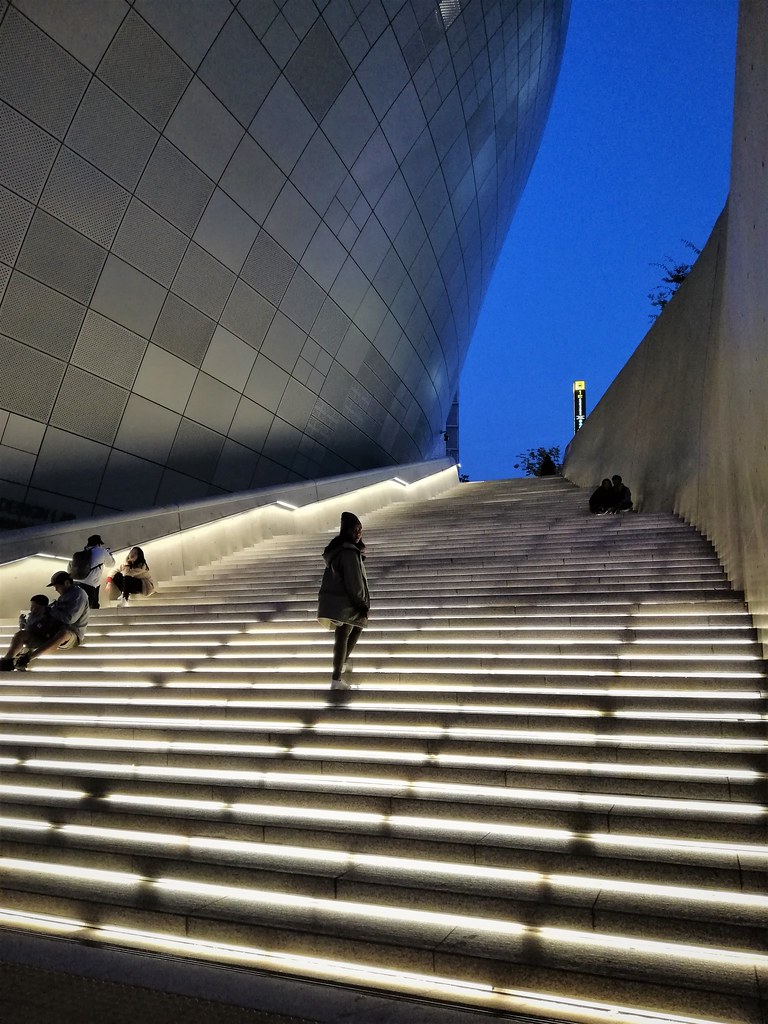 Nonetheless, it was a great experience and I can finally say that I ticked off one thing from my bucket list:

✓ Play a beautiful piece on a street piano 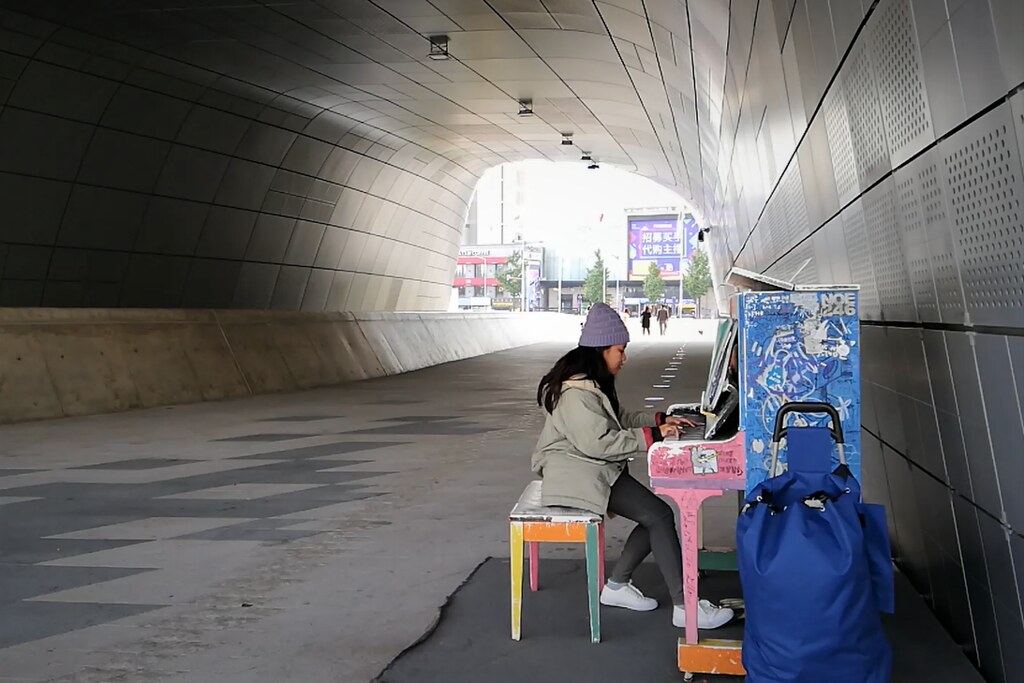