When my best friend and I traveled around Mindanao, we didn’t have definite plans on where we’re actually going. After 21 days in South Cotabato, we were sort of thinking what to do next. But then my friend Mernell of Trip Bisagasa offered to let us stay in his home in Digos City. I’ve never been to Digos and we were planning to visit Davao City after anyway. So we decided to spend a week in this city and see what’s in store for us there.

Mernell decided to fetch us in General Santos City so we can go for a chill joyride to his home. I was pleasantly surprised by the view of the mountains on our way there.

I had to do catch up with some work so we ended up just dilly-dallying the whole week.

Digos City happens to be a gateway city to some cities in the southern part of Mindanao. We decided to go on a day trip to North Cotabato just to look around. We traveled to Kidapawan City in North Cotabato to visit Lake Agco which is located inside Mt. Apo Natural Park. If you are in for a relaxing vacation, it’s one of the places you should consider if you are in Kidapawan City. You’ll find swimming pools, cottages, and beautiful gardens all around. But the one thing you shouldn’t miss in this place is to witness the sulfuric steam all around the area. 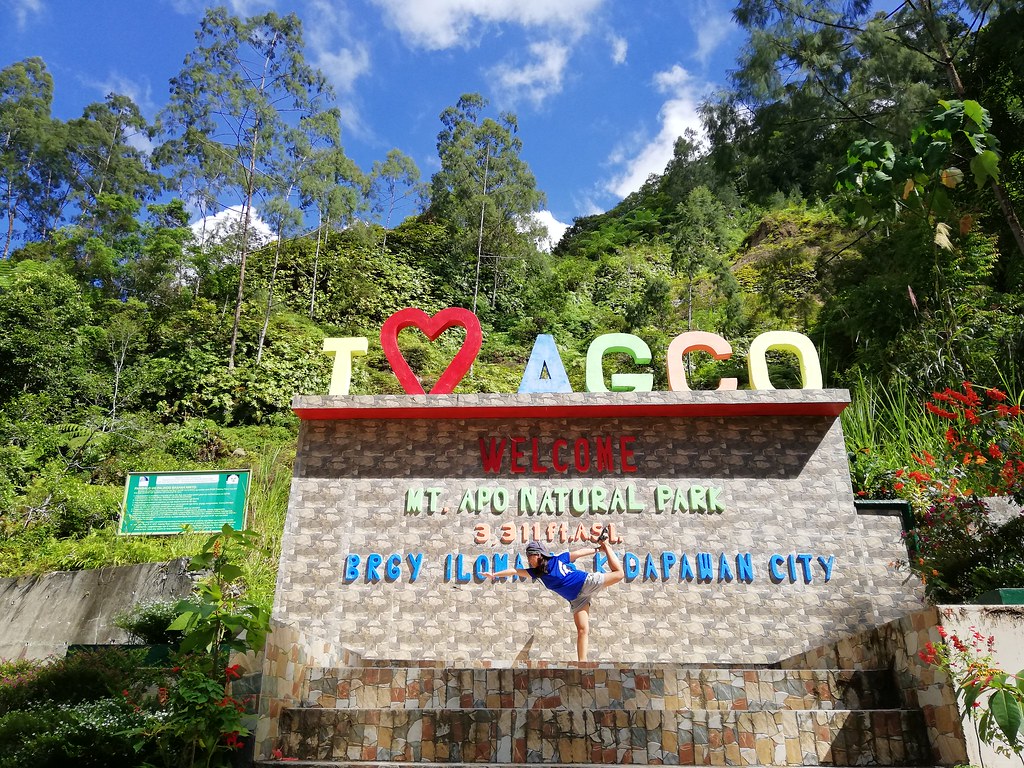 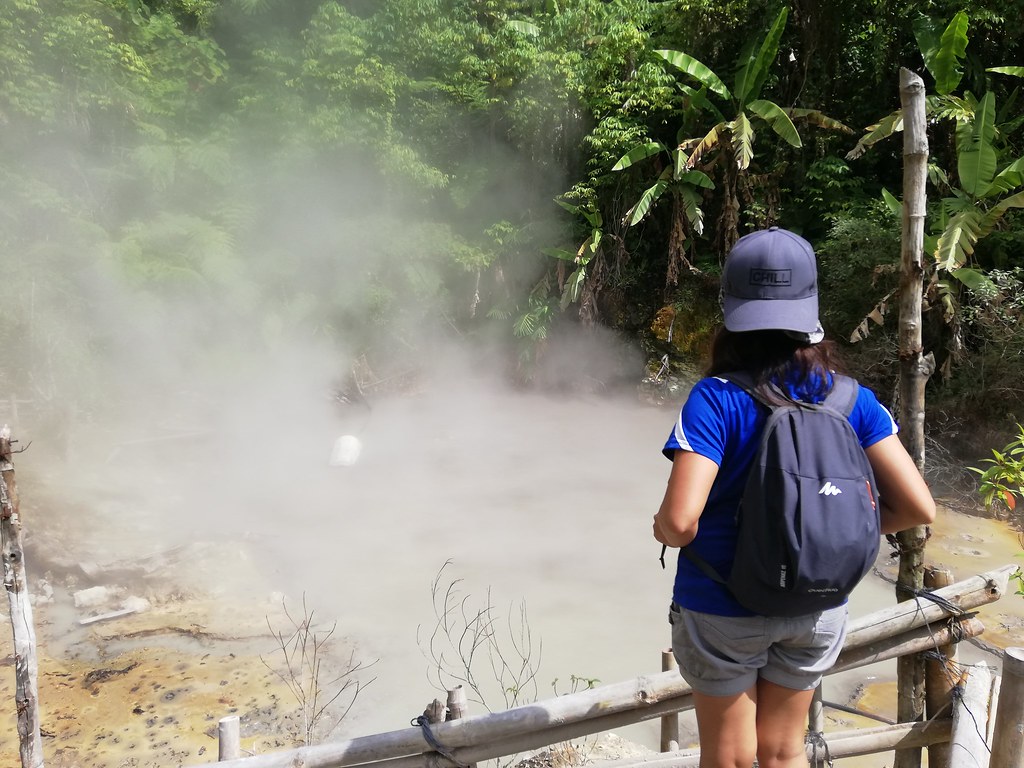 You will find mud water pools where you can take a dip if you want to. It would have been nice to try it but we were not in the mood to take a dip. I simply marveled at the sight of boiling mud and the people dipping in it. It is said to have healing properties and even some people use it as a mud mask. Talk about a unique experience! 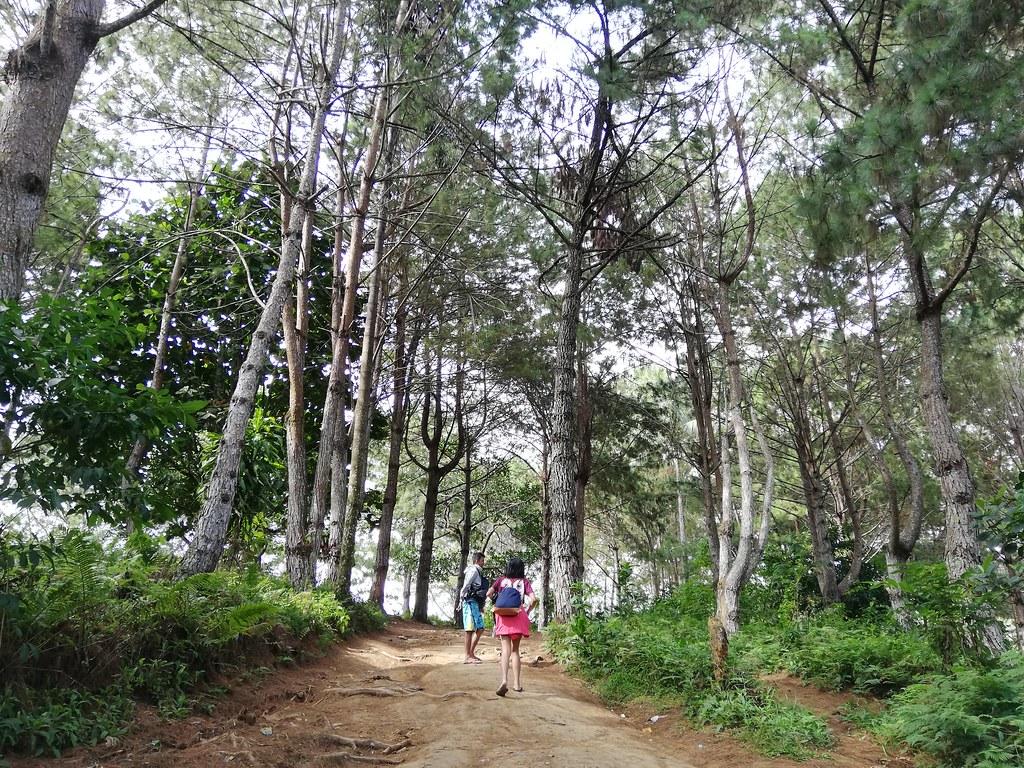 Charlyn and I wanted to camp in a mountain resort somewhere near Mt. Apo. Unfortunately, we found out that it was closed the day we went there. We decided to try if we can camp within the Land of Peace grounds, but the management also no longer allows it.

It would have been nice to camp in these beautiful grounds, but I guess we’ll just have to try next time. The Land of Peace was surprisingly one of the best places I’ve visited in Davao del Sur province. You will find ginormous art pieces and structures all around the grounds. These are all made by Kublai Millan who is a renowned prolific artist from Mindanao. 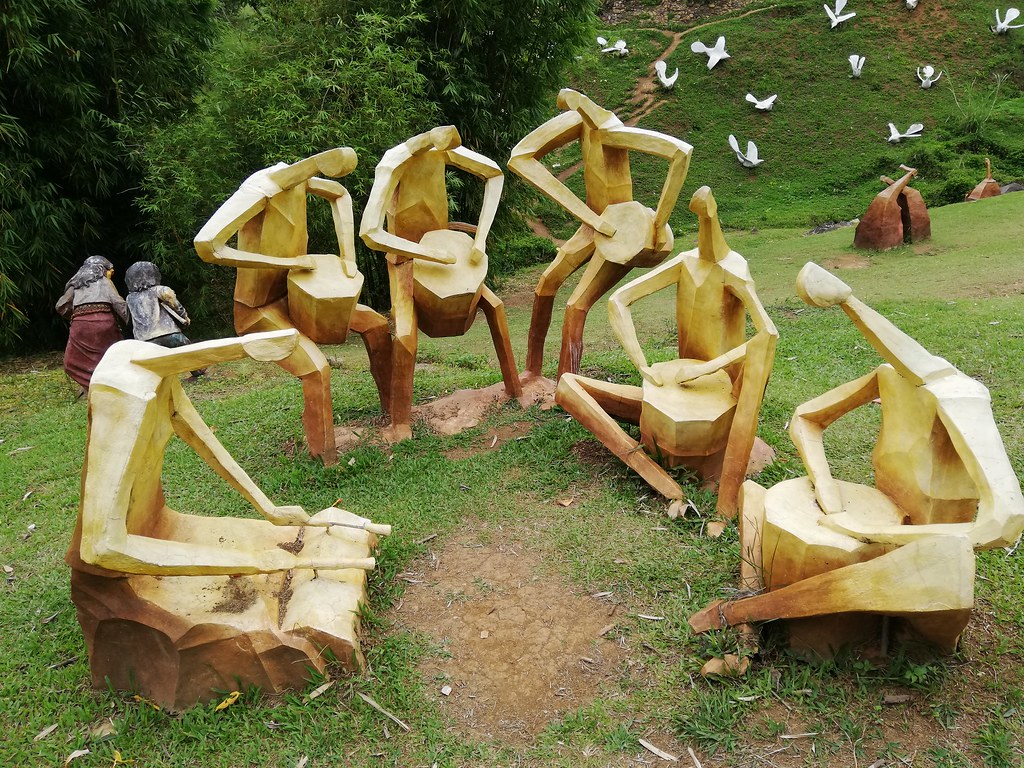 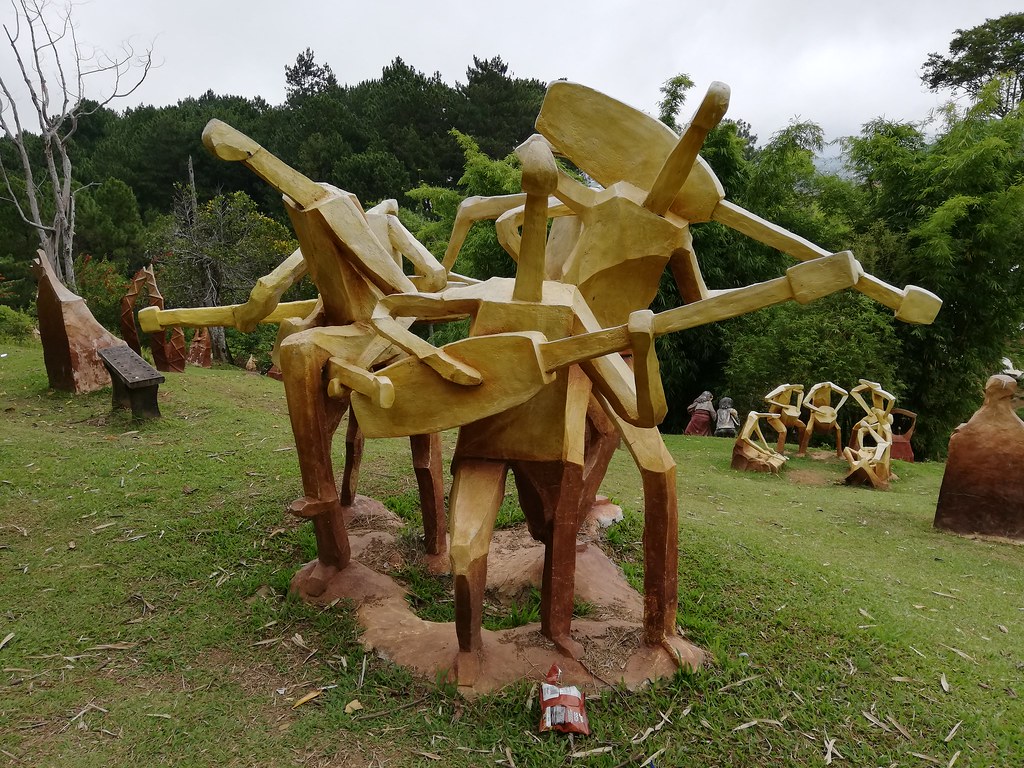 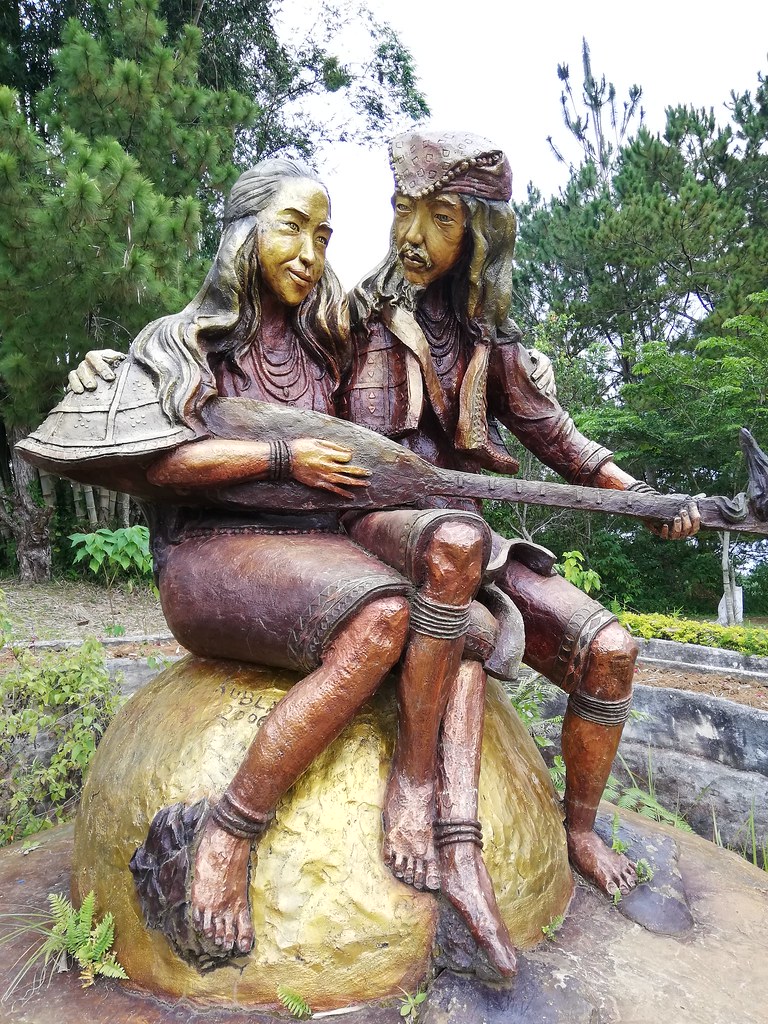 Drinking coffee in the sidewalk

After visiting the Land of Peace, we weren’t sure where we’re heading next. Mernell suggested another place which I forgot (ooops) but got stranded in the middle of nowhere. The three of us were riding a motorcycle and the rain caught up with us. We found ourselves in an unfinished building beside the road. Since we were all bringing our camping items with us, we decided to boil some water and just drink coffee. It was an unfortunate day followed by a series of unfortunate events. So why not enjoy a good of coffee instead. 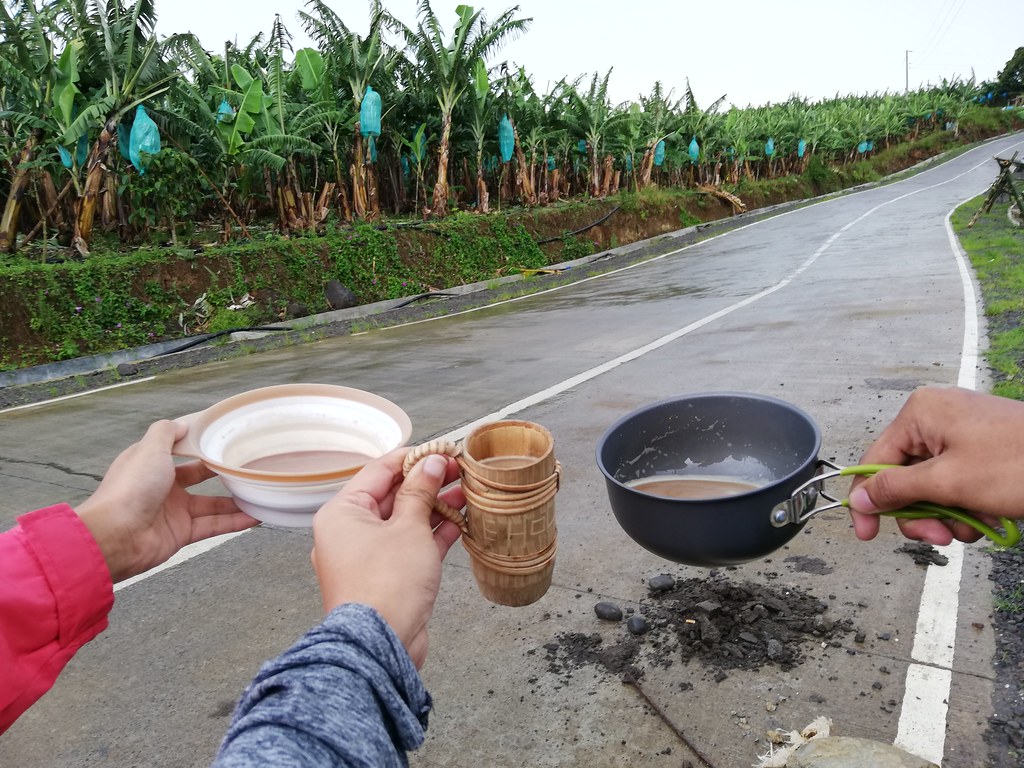 It was surely a hilarious moment.

We went back to Mernell’s house all soaked up in the rain. Nevertheless, we had a great time that day.

Mernell also drove us to a spot located on a hill somewhere in the middle of the city. I didn’t really have much recollection of where we were heading because it was also night time. We were heading towards the outskirts of the city and went up to a hill. We hiked for a short while to the top. There was really nothing in there but you get to see the view of Digos City at that very spot.

Digos City is not as busy as other cities in the country and you won’t find too many structures in it. It may be the gateway city to the southern provinces in Mindanao but it remains a quiet city. It was refreshing to see the city from above. Dreamy and not so bright. 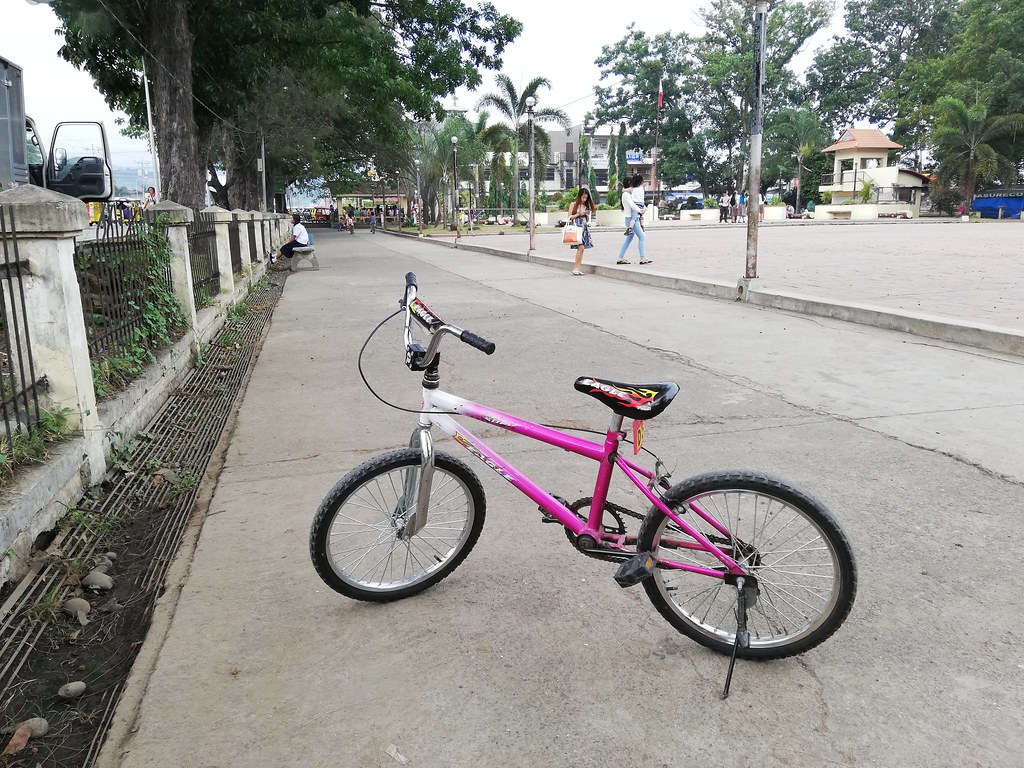 Sometimes, it’s good to not have a plan when you’re traveling – especially when you are with friends. Because even if you are in a state of indecision, surely, you will still end up with unforgettable moments.