“Every one of a hundred thousand cities around the world had its own special sunset, and it was worth going there, just once, if only to see the sun go down.” – Ryū Murakami

There’s a certain romance with the idea of chasing the sun. It has been alluded to in songs, poetry, and literature – a hallmark for creating a sense of longing, or journeying in search of something great.

I was on a self-assigned pilgrimage of sorts, in my search for great sunsets. So when my friend and fellow traveler, Charlyn, told me that Prambanan Temple in Yogyakarta was said to have one of the most beautiful sunsets in all of Java, I moved Prambanan higher on my list of places to visit.

After our not-so-eventful New Year’s Eve in Yogyakarta, Charlyn and I made our way to Prambanan. This trip would mark my first visit to this UNESCO World Heritage site.

The Prambanan Temple compounds is a UNESCO World Heritage Site in Indonesia and the country’s largest Hindu temple site. It is the second-largest temple in Southeast Asia after the Angkor Wat Temple of Cambodia.

The temple compounds consist of Prambanan Temple (also called Loro Jonggrang), Sewu Temple, Bubrah Temple, and Lumbung Temple. These temples form the Prambanan Archaeological Park and were believed to have been constructed during the Sailendras’ powerful dynasty in Java in the 8th century AD.

The biggest mistake we made was leaving our inn late in the afternoon. We didn’t consider the fact that there would be so many cars on the road, causing massive congestion. We were caught in a tailback that lasted almost an hour. And even before we got on a bus, it took us a long time to get a bus ticket because there were so many people lining up at the ticket counter. It was, after all, New Year’s Day, and most people were returning home either from Yogyakarta or nearby cities.

While I would say that Yogyakarta has an efficient ticketing system in its modern public transportation vehicles, I’d have to say that the system couldn’t keep up with so many commuters trying to get in and out of the city at the same time.

By the time we arrived at the gates of Prambanan, we only had 15 minutes to see the site before they closed. The temple grounds close at 5 PM and they are strict about it. 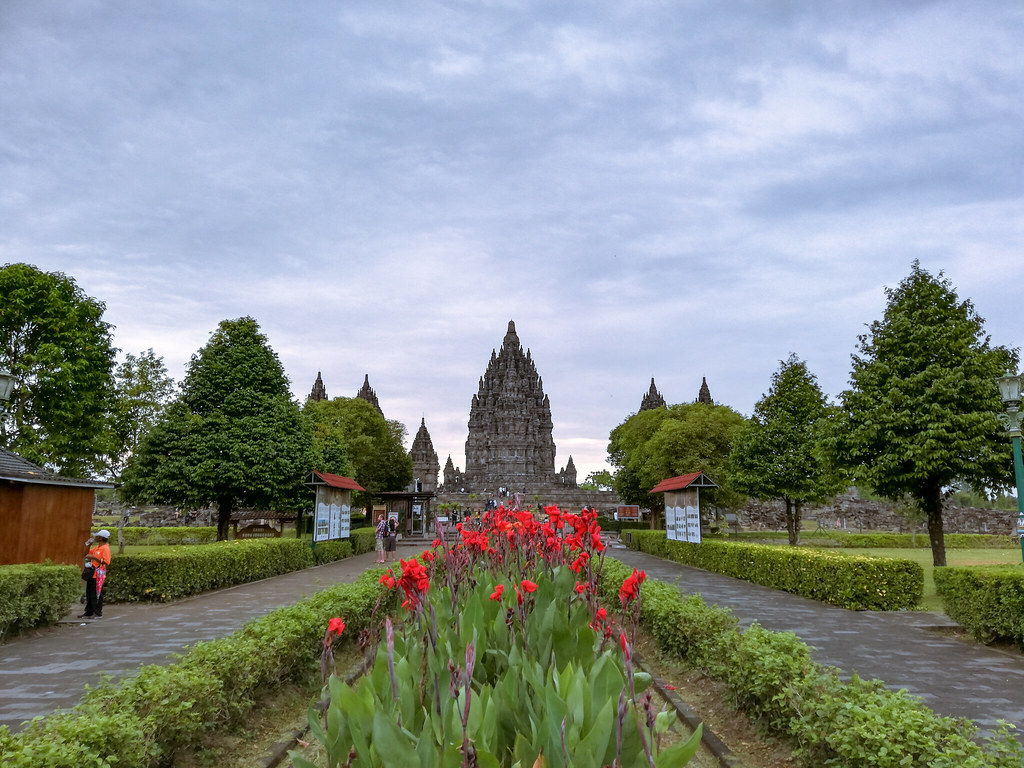 We were running around, trying to see as much as we could. Everything was a blur – the many stupas and temples built from red bricks, the intricately carved statues that decorated the temples, and the perfectly symmetrical construction. 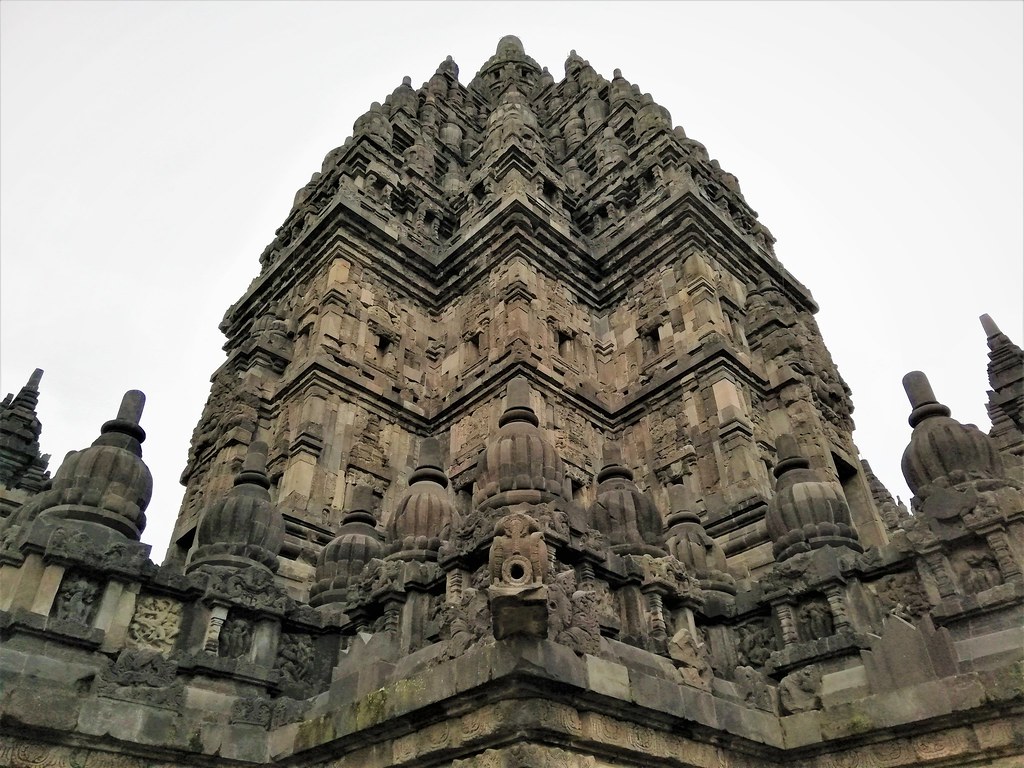 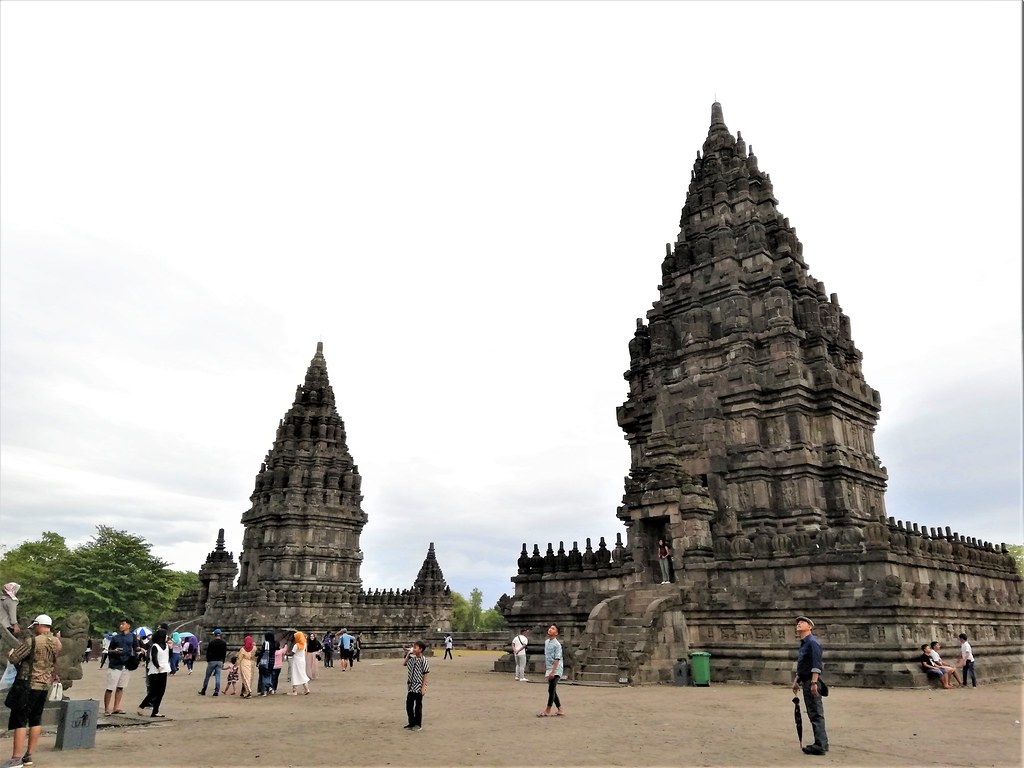 At one point, Charlyn’s phone got lost while the guards were already telling us to go out of the temple grounds because it was already closing time. Luckily, she found it.

I was a little disheartened about the whole thing because we came all the way to Prambanan to chase the sunset and there was no time to really enjoy it. I thought we were going to miss it.

But as soon as we turned our backs and headed towards the exit gates, we ended up catching a glimpse of the sun as it slowly dipped below the horizon, and because we were near the gates, we were able to take some pictures before it disappeared completely. The sky turned purple and pink and blue and it was all worth the trouble and lost time. 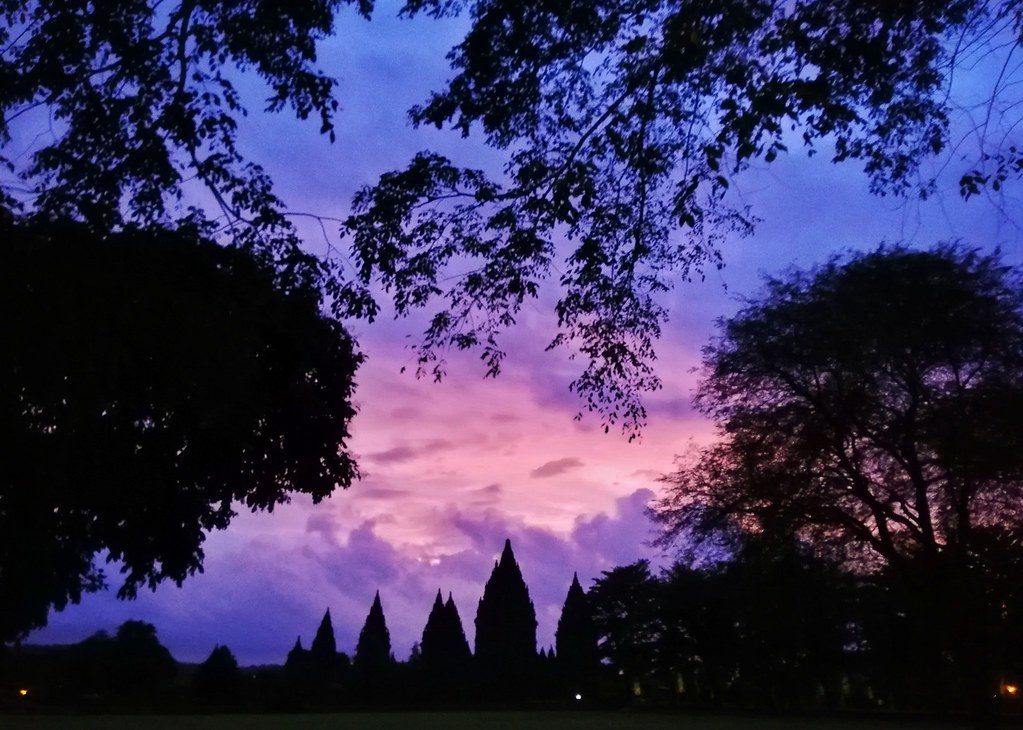 Ryū Murakami was right. It was definitely worth the trouble in going to Prambanan just 15 minutes before closing time because it gave us a chance to chase the sunset and be rewarded with a beautiful view of the setting sun.

Good thing we made it just in time.