Why (Most) Cebuanos Do Not Like to Speak in Tagalog 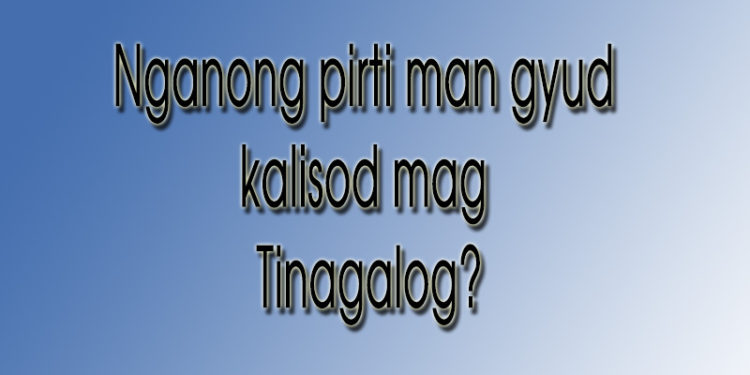 Last night, my fellow bloggers from Cebu Blogging Community and I were talking about our travel stories during our dinner at Michel’s Bistro. My friend Lai then shared his story about his recent trip with a group of travelers from Luzon. He said he had the hardest time of his life conversing with them.

That line rang a bell. I, too, can’t properly speak in Tagalog. My mother is Bicolana, but Bisaya is our official language at home. Tagalog has never been spoken in the family, because (A) We are in Cebu (B) Nobody ever speaks Tagalog in our neighborhood. So, the only time I got to speak this language was in school – in our Filipino subjects.

Now, this wouldn’t have been a problem if all the people in the Philippines speak in Bisaya. Unfortunately (to some), this country has 100+ languages! On top of that, about one-third of the Philippine population uses Tagalog as their first language.*

I belong to the remaining two-thirds.

Growing up, I’ve always heard from my elders, some of the insults they get whenever they attempt to speak Tagalog. “Ano ba ‘tong mga Bisaya, ang aarte, mga Englisero/Englisera.” And in return, I would hear Cebuanos say, “Kaning mga Tagalog, mga hawd mana sila.” I’ve never truly understood this mortal hate with each other.

Now that I am in my twenties, and traveling here and there in the country, I have pretty much found three reasons why we Cebuanos really hate speaking in Tagalog. I am not sure if anyone else would agree with me, though. 😛

• Tagalog people sounds malambing when they talk. We Cebuanos are known for our gahi and pinabusdak intonation. That is why, wherever you are in the world, you will always know if there is a Cebuano/Bisaya in the crowd just by hearing our unique intonation. Which leads me to why it is always difficult for our tongues to adjust whenever we need to converse with someone in Tagalog. Nakakapilipit sa dila, Bes.

• Since Tagalog is only a second language to us, we don’t really consider it as important as English which is what we mostly use in school and most especially, at work. That’s why whenever we can’t express ourselves in Tagalog, we’d rather vent it out in English. We are not Englisera po, nakaka-nosebleed lang po talaga ang Tagalog.

• Lastly, we love our language so much we just can’t let it go. For me, Bisaya is one of the sweetest language in the country.  I mean, if a guy gives me a letter in Bisaya, I would probably fall in love with him right there and then. Hah! And the inside jokes? Oh man, incomparable!

Don’t get us wrong, guys. We do not hate you, Tagalog people. We only hate the arduous act of speaking your language, which is like solving a rather complex Math problem. Rest assured, whenever I find myself in your crowd, I always do my best to speak in my trying-hard, broken Tagalog.

Are you a Cebuano too? Comment below kung naka-relate. 😀