I rarely go to events but when I do, I always make sure to have fun. And boy did I when I joined the first-ever Cebu Pacific Travel Leaders’ Night! We have Cebu Pacific Air to thank for hosting the event in Cebu where they trace their roots from.

It was held in Balay sa Busay – a fancy restaurant situated in the mountains of Busay, Cebu. This restaurant is fairly new and I have heard of it while I was backpacking Mindanao but I never got the chance to visit when I returned to Cebu. Thankfully, it was so timely that I got invited to this event while I was in town. 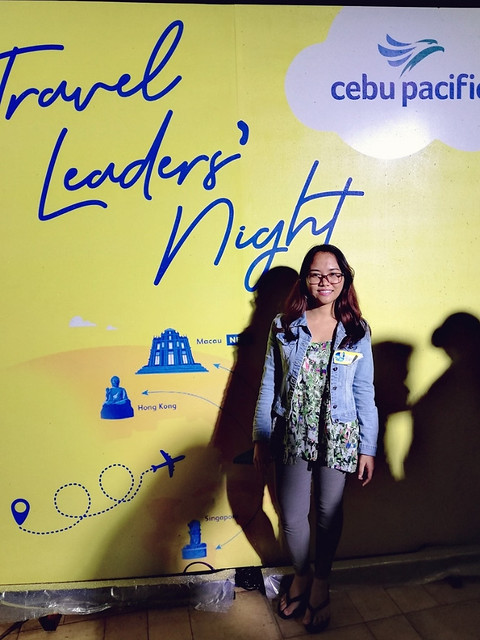 Prior to the event, I had no idea who else was invited and what the event was all about. All I knew was that it was going to be a gathering of bloggers, vloggers, and travel influencers in Cebu. So it was a huge relief when I saw a lot of familiar faces when I finally arrived at the venue. I got to see old friends that I haven’t seen for some time. It’s always a great time talking to content creators because you never run out of ideas to talk about. 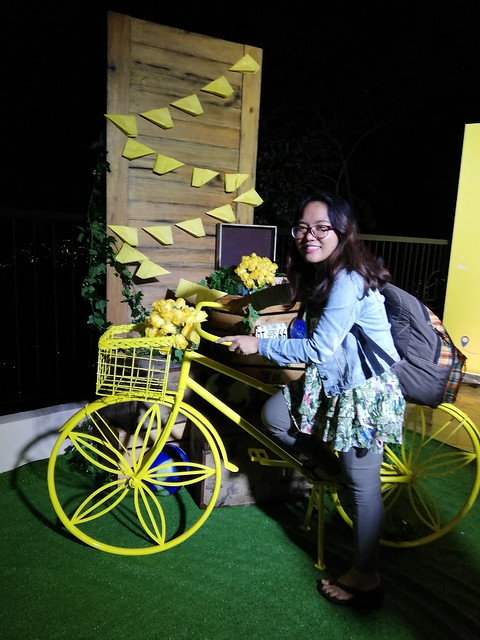 The night started with a great buffet dinner. There was even an open bar!

If I get a chance to visit Balay sa Busay one of these days, I would definitely treat myself there. The food was absolutely delicious. On top of that, you get to enjoy it with the beautiful city night views.

I was so happy that I was grouped with Marco, CJ, Migz, and Lou. We were all very competitive in every game. The first round was solving a jigsaw puzzle for only a few minutes. The first group to finish it will get the most points. In a normal setting, it would have been a pretty easy puzzle but given the circumstances we were in, it was so hard, we ended up scrambling all the tiles like we were lost chickens. It was so hilarious! We solved the puzzle, but we didn’t get many points because we were not able to finish it first!

But it was definitely a good start! 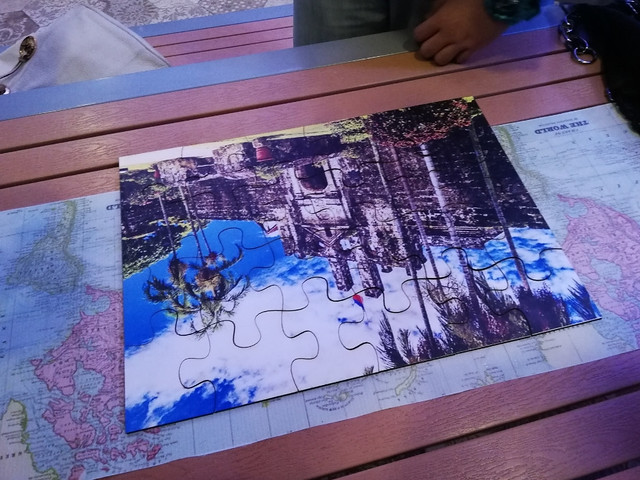 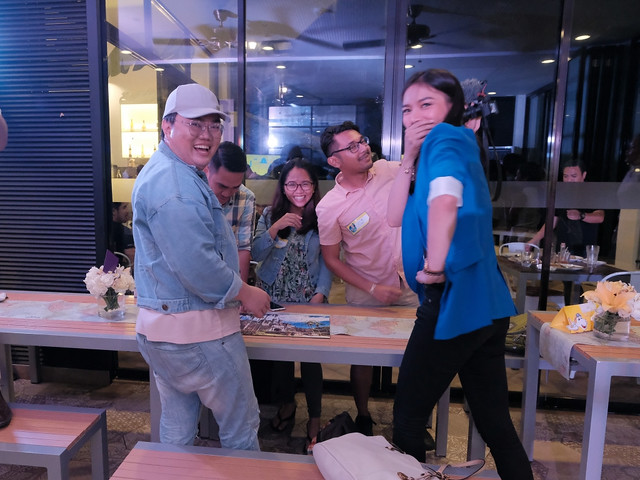 Right after we have assembled all the tiles, the complete picture was that of Fort San Pedro  – a military defense structure in Cebu during the Spanish occupation in the Philippines. Then, we were asked to name our group according to the place portrayed in our jigsaw puzzles. It was Marco who suggested we name our group CEBeautiful. We just added ‘with a heart’ for more flair. Uhuh. 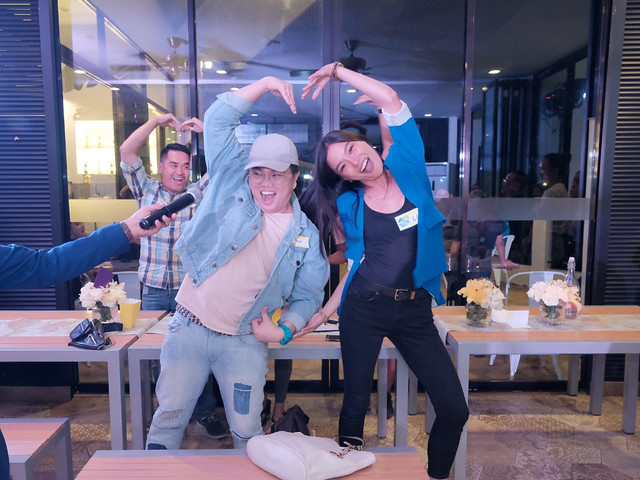 It was during the second game when we finally became 100% player mode. We were then given whiteboards and pens to write our answers on. This is where our team got the most points. I was so proud that we answered almost every question that was asked even in the difficult round. All of the questions were travel-related and I was so thankful to be in a group of well-traveled people, especially Marco. We even joked he’s a local in Japan because he knew everything about Japan. His knowledge about the places he has visited definitely gave our group an advantage. Haha! 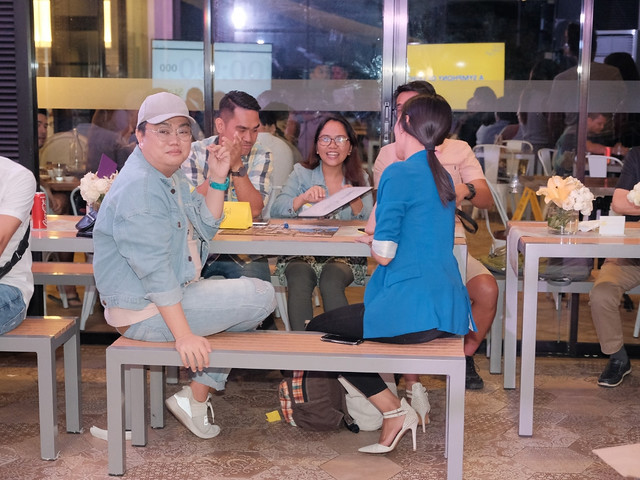 But the night was definitely not over. There were a few more games after that. Just when we wracked our brains during the 2nd game, we then had to do several games after that involved our bodies. Yes, you read that right. There was this game where I had to butt-spell the word ‘Boracay’. Damn.

But my group guessed it correctly. Thank you, guys. 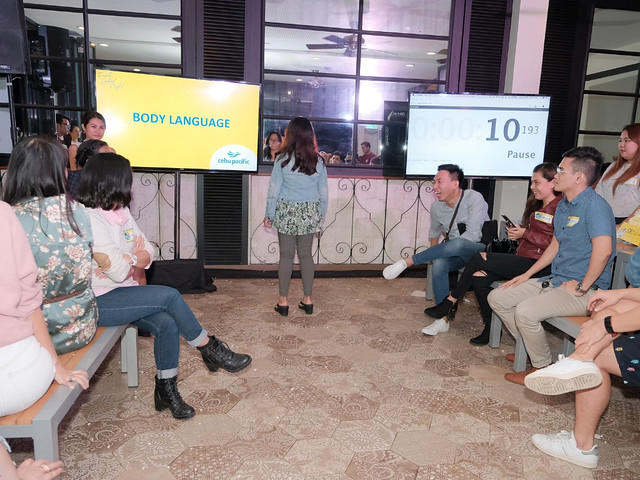 It was by far the most fun event I have been to this year. Not even kidding. After several weeks of traveling around the country, it was good to be with friends for a night of giggles and laughter. 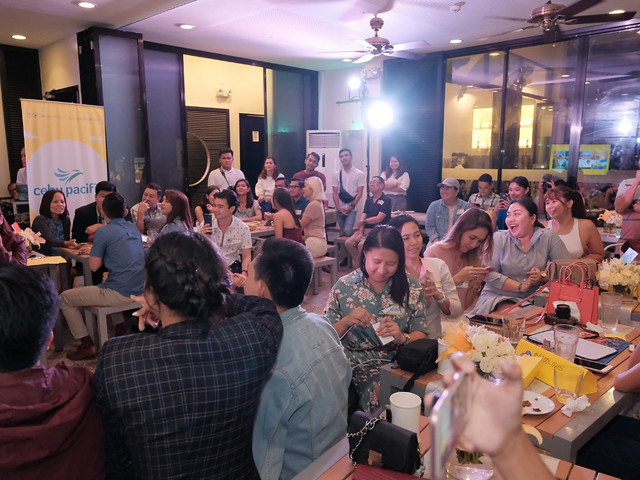 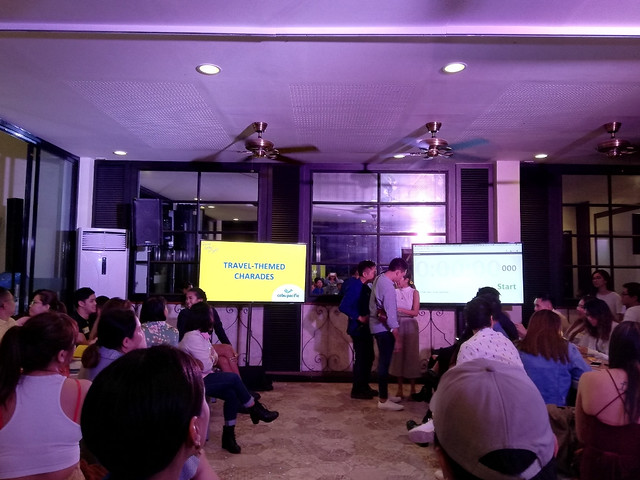 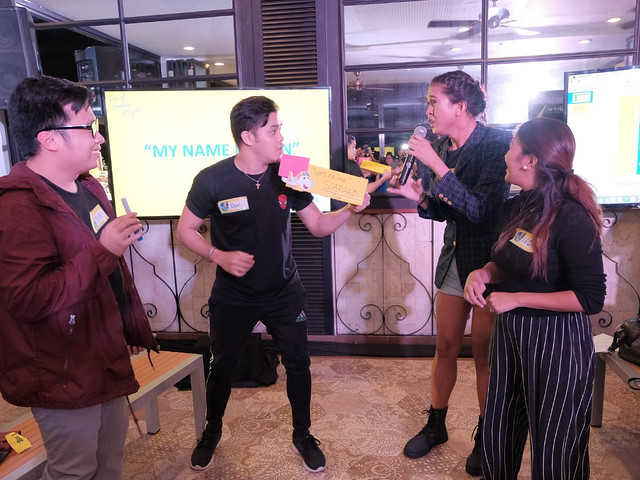 We are going to Koreaaaaa!

And just when I thought I’ve had enough fun, Cebu Pacific Air surprised us all with amazing prizes. We were all given round trip tickets to different destinations. The destinations were up for grabs to whoever can grab it first. When the final points were posted right in front of us, everyone was literally shouting. Our team got 2nd place and we chose Incheon as our destination! 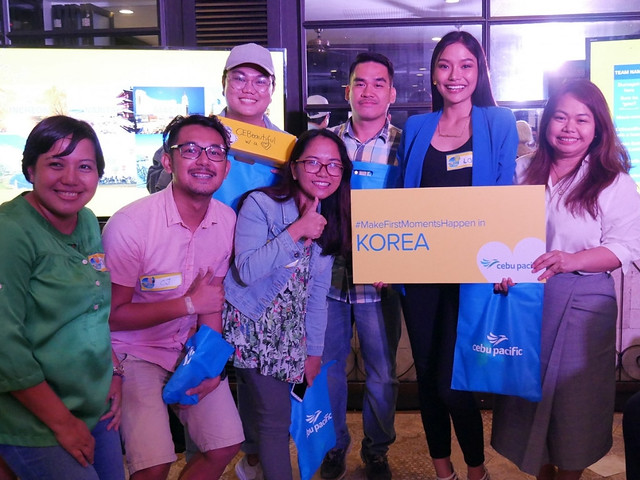 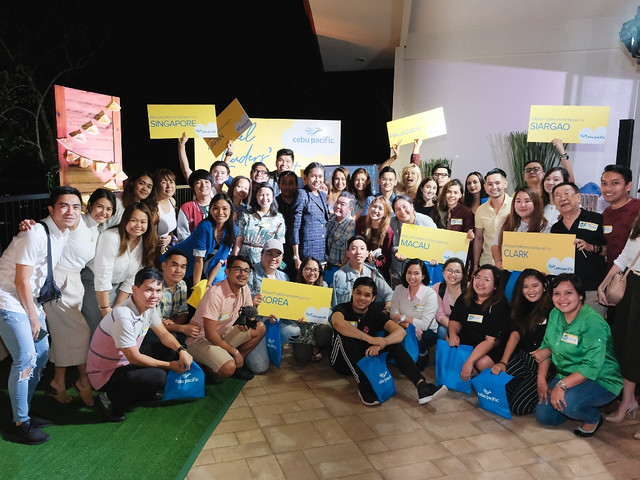 I had so much fun during the Travel Leaders’ Night and I’m thankful to be part of the first batch to join it. Thank you, Cebu Pacific Air for that fun-filled night.

And of course, for making traveling affordable to Filipinos, making it a lot easier for us to #MakeFirstMomentsHappen wherever we want to go!