This year’s theme for Gabii sa Kabilin, Balangay, sparked a specific childhood memory for me. I was probably 9 or 10 years old when I questioned my Dad, “Why do we have to read the book of Numbers in the Bible? What’s in it for us?”

At that age, I just couldn’t understand the importance of tracing our genealogy – of tracing our roots. There’s a myriad of reasons why people have this innate need to look back into the past. But as I have grown older, I have come to realize that this human desire of ours traces back to our need for connection.

An identity. A sense of home.

In school, we have learned so much about the Spanish, American, and Japanese colonization in the Philippines. However, we only know a few about what happened before that. Who were we before they arrived? How did we live? How was the Philippines during those times? And perhaps, what did it look like?

Thus the start of my quest to look back into the past when Gabii sa Kabilin 2018 started. Just like last year, I was welcomed by the streets of Cebu City with so much energy. It was still as festive as it has always been. This time, I made sure that I was going to see and experience new things this year. My friends and I didn’t follow a route just like what we did last year. We randomly picked the places we wanted to visit and see what surprise is in store for us.

Gabii sa Kabilin or Night of Heritage is a night where you get to have access to any participating museums and heritage sites with just one ticket. For Php 150, not only will you have access to these museums and heritage sites, you will get to take advantage of free bus transportation and horse-drawn calash or tartanilla. The aim of this annual event is to encourage the public to participate in understanding the history and culture of the Cebuanos.

Journey to the past

After the opening ceremony in Casa Gorordo Museum, my friends and I proceeded to the facade of the Ramon Aboitiz Foundation Incorporated building which is situated just across the street. There was a small performance, re-enacting the voyage of the balangay in 320 AD. During the re-enactment, the performers also prepared some charcoal embers as palina, a kind of ritual which involves bathing in smoke, to send people on a safe journey. 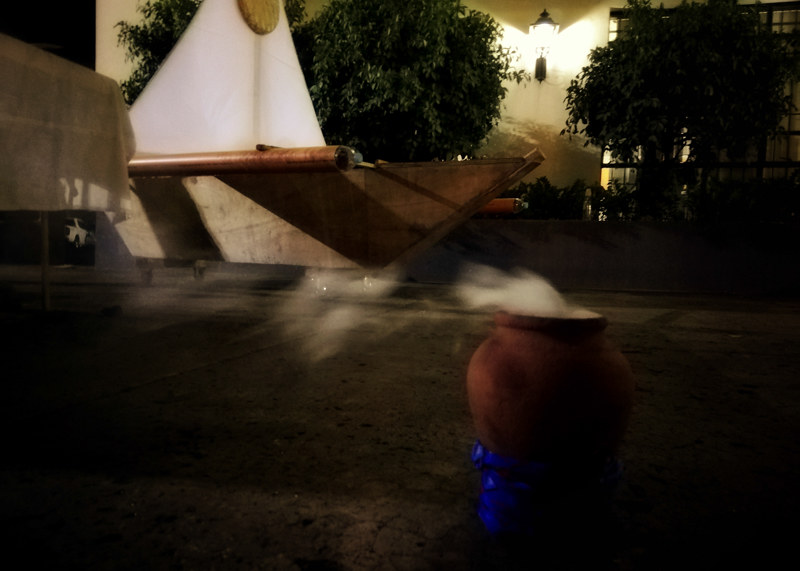 Balangay is a sailboat that was used by early migrants to settle in the Philippines. Onboard these beautifully crafted sailboats were our ancestors who used this boat as a means of communication and transport. It is considered the oldest watercraft found in the Philippines.

At this point, I thought of how brave our forefathers must have been. I imagined how advanced their seamanship skills must have been considering the ancient technology of those times. Braving the rough seas is one of the things that I am always afraid to do out of my fear of the depths, but knowing the maritime achievements of our ancestors struck a chord in me and made me realize; I have that brave blood in me.

It gave me a new sense of pride that as a Filipino, I can trace myself back to a generation of explorers who braved the unknown despite the presence of danger.

A Look Back to the Past

We then went straight ahead to The Heritage of Cebu Monument. It’s a group of sculptures made of concrete, bronze, and steel that shows the historic events and edifices in Cebu. The sculptures featured in this monument are the Basilica Minore del Santo Nino, the Magellan’s Cross, Saint John the Baptist Church, Cebu Metropolitan Cathedral, and a Spanish Galleon. 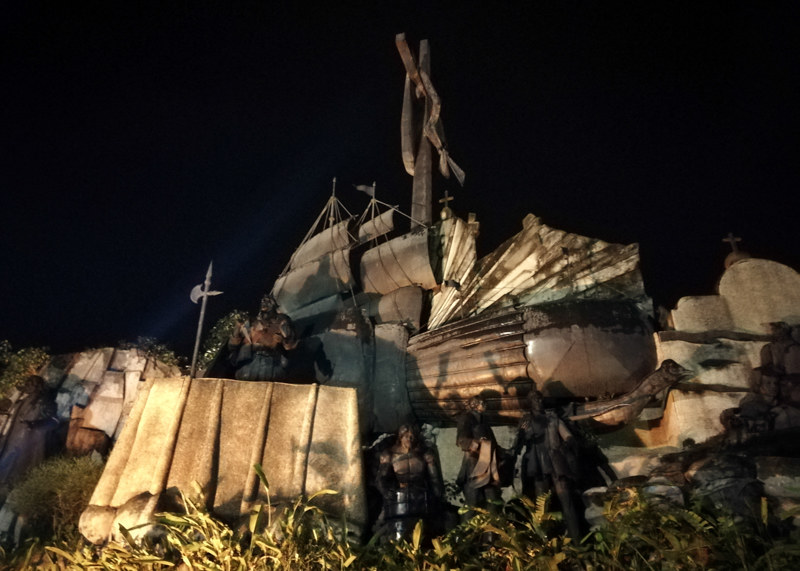 Meanwhile, the events portrayed in the sculptures were the procession of the Santo Niño, the battle between Lapu-Lapu and Ferdinand Magellan on the shores of Mactan, a Roman Catholic mass, and the baptism of Rajah Humabon – the Rajah of Cebu at the time of Magellan’s arrival in the Philippines 1521.

I have been to this beautifully-sculpted monument in the Parian District a hundred times. But I always love to come back here every Gabii sa Kabilin because all the lights are beautifully lit up and the surrounding communities are festive and merry.

They say that the Parian District of today is no longer the same as before. I’ve heard old people saying this part of Cebu used to be of the best places to visit. After all, it used to be the center of trade and has been the residence of the affluent families in Cebu.

The city girl in me could not imagine Parian District as the center of social life in the past. It’s funny how time can really change things.

This leads me to our next destination – the Jesuit House of 1730. Just a few blocks away from our previous location is an old Jesuit house on Zulueta Street. It used to be the residence of Jesuits before they were expelled from the Philippines. After that, it has been passed down to several owners from Don Jose Alvarez and now to Jaime Sy. Sometime between those years, it was leased to Governor Sergio Osmena who used the house as some kind of a meeting place. 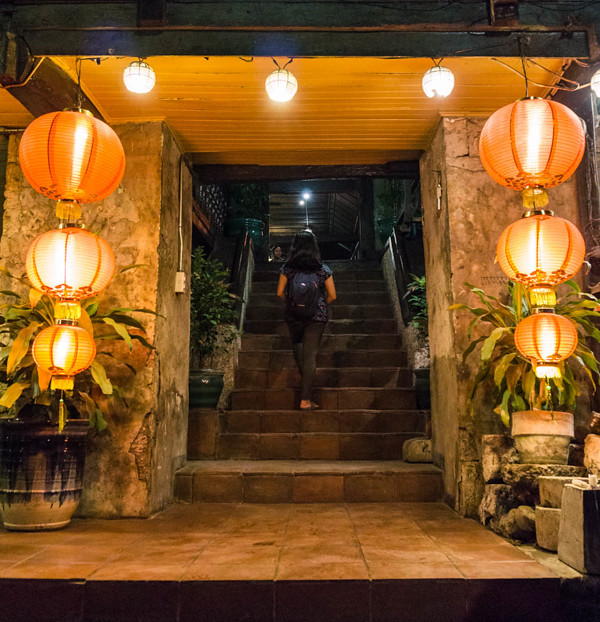 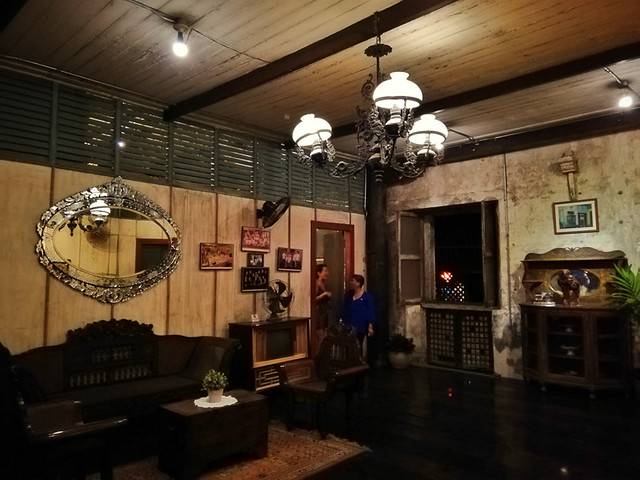 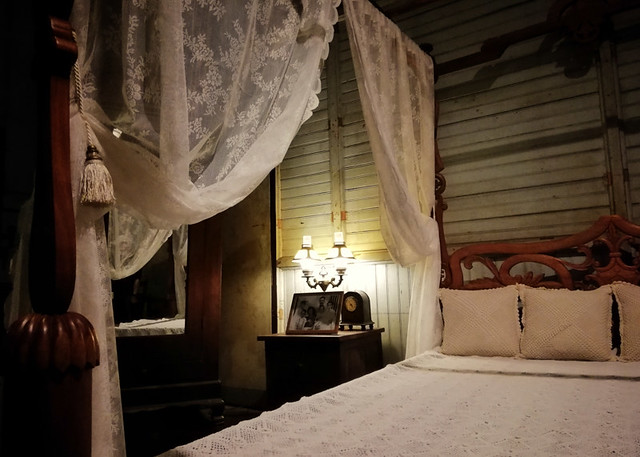 This is where I got most interested. The tour guide happened to be very good at retelling the historic events of this house as well as the rest of the old structures in the Parian District. My friends and I surveyed each room of this old house which literally felt like going back to the past. The Jesuit House is hidden subtly in this part of the Parian district that one can only wonder about the rich history and past inside the walls of the house. 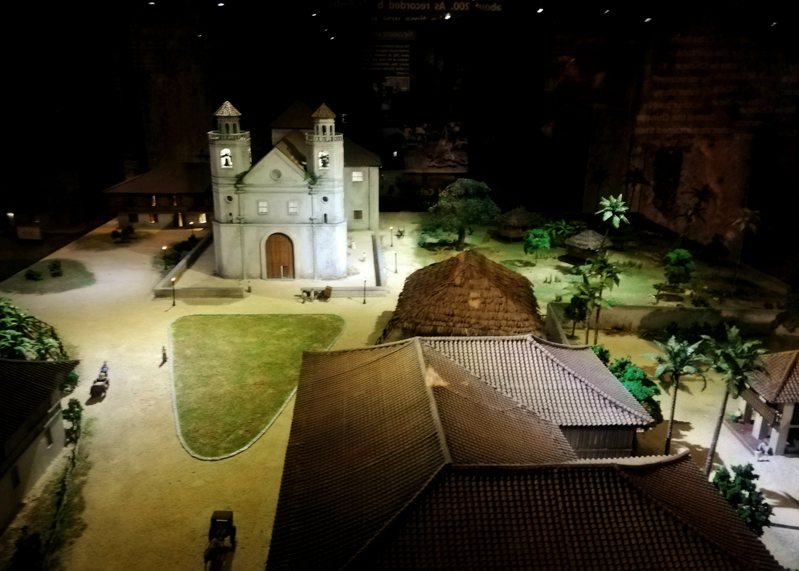 There was free ice cream right at the facade of The Jesuit House and the kid in me immediately rushed to the kiosk to get one. While eating the ice cream, we thought, “So, where to next?”

What a hard question. 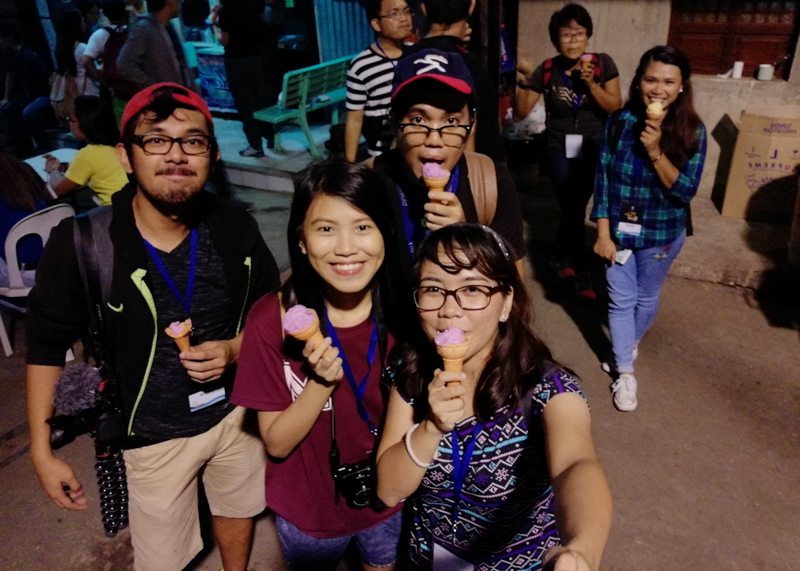 We decided to just walk. After all, the streets were closed and the people were walking freely. We passed by the University of Southern Philippines Foundation where there were performances, and then the Archdiocesan Museum of Cebu where there was also a theatrical performance. Then we walked even more and passed by the historic Colon Obelisk. 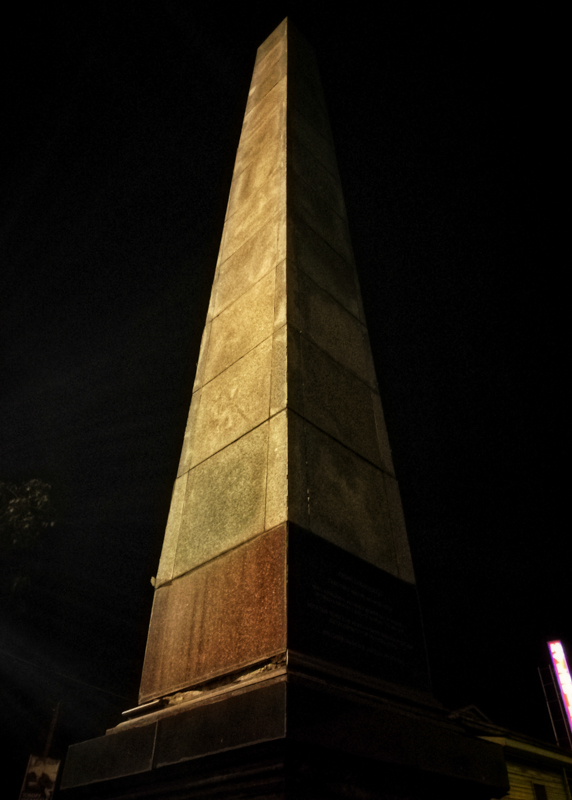 Years of living in Cebu City but I never had any decent picture of this significant structure. It just happened to be situated at one of the busiest corners of the city. Thankfully, I got a chance to finally get a good shot of the obelisk in this year’s Gabii sa Kabilin.

I’m glad to have a single picture of this significant marker of Colon Street – the oldest street in the Philippines.

After that, we proceeded to the Sugbu Chinese Heritage Museum for a while. The museum is currently under renovation so we only took pictures outside and some of my friends ordered Chinese food right outside the museum. 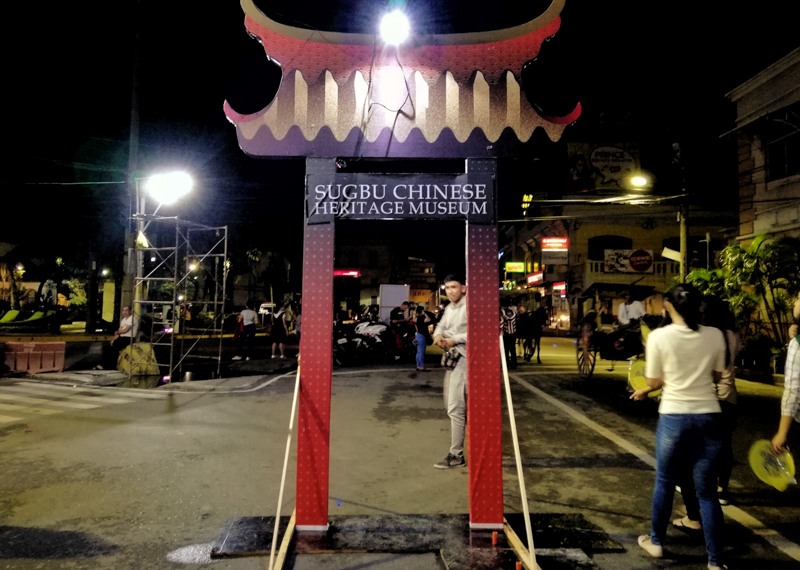 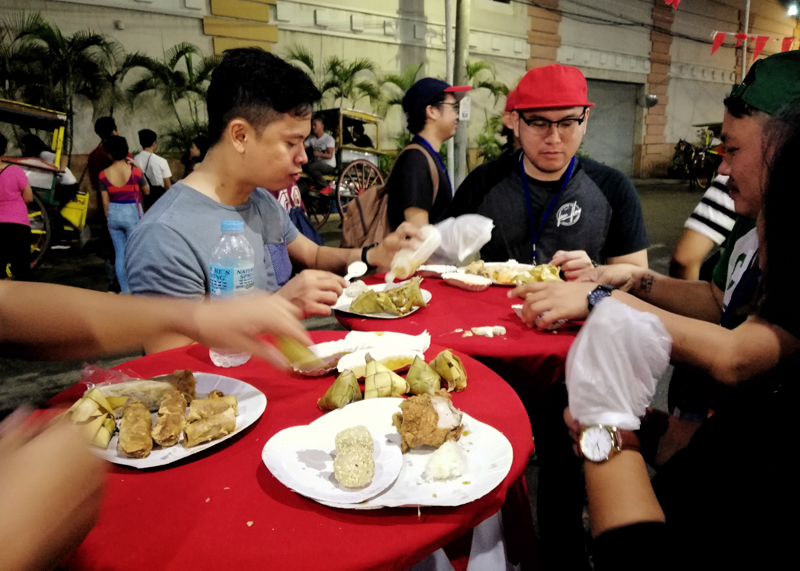 Of Tartanillas and Hilarious Bus Rides

Several minutes right after we arrived at the Sugbu Chinese Heritage Museum, we were unsure where to go next. While looking at the map, the nearest participating destination is Fort San Pedro. We decided to just go and see what we can do there. And of course, we couldn’t just let the night pass without riding a tartanilla! This horse-drawn carriage used to be one of the finest modes of transportation in the old Cebu. You simply can’t skip this exciting ride! 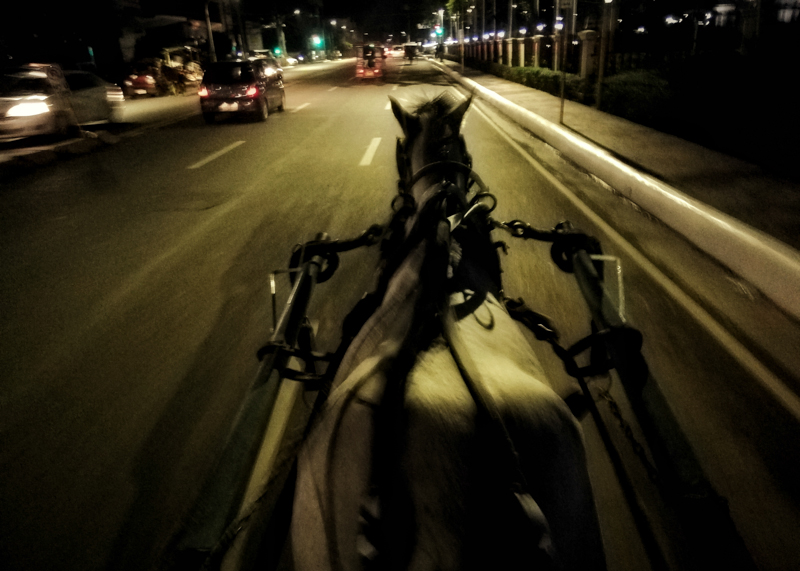 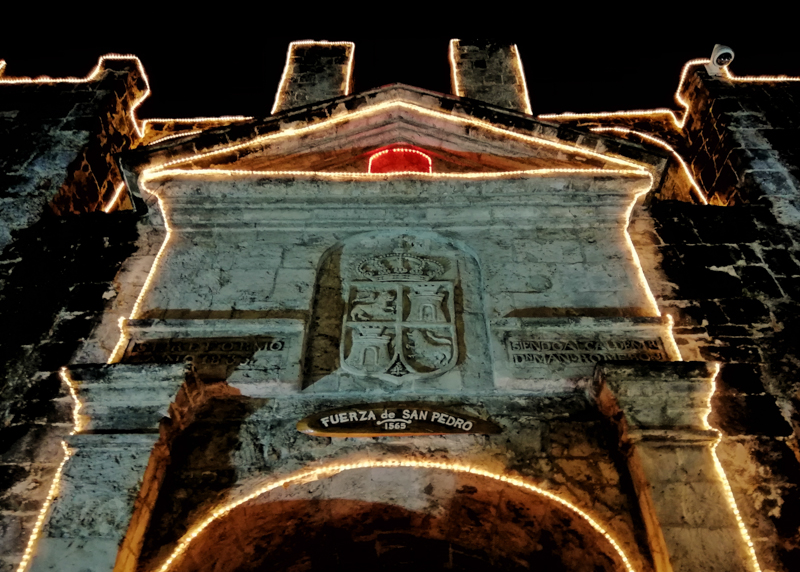 We strolled around Fort San Pedro for a good few minutes when all of us decided to go somewhere else. There was a bus right outside the fort heading to Museo Sugbo and Mandaue City so we decided to just board it. Last year, I was not able to head to the other participating sites outside Cebu City so this was definitely a first. 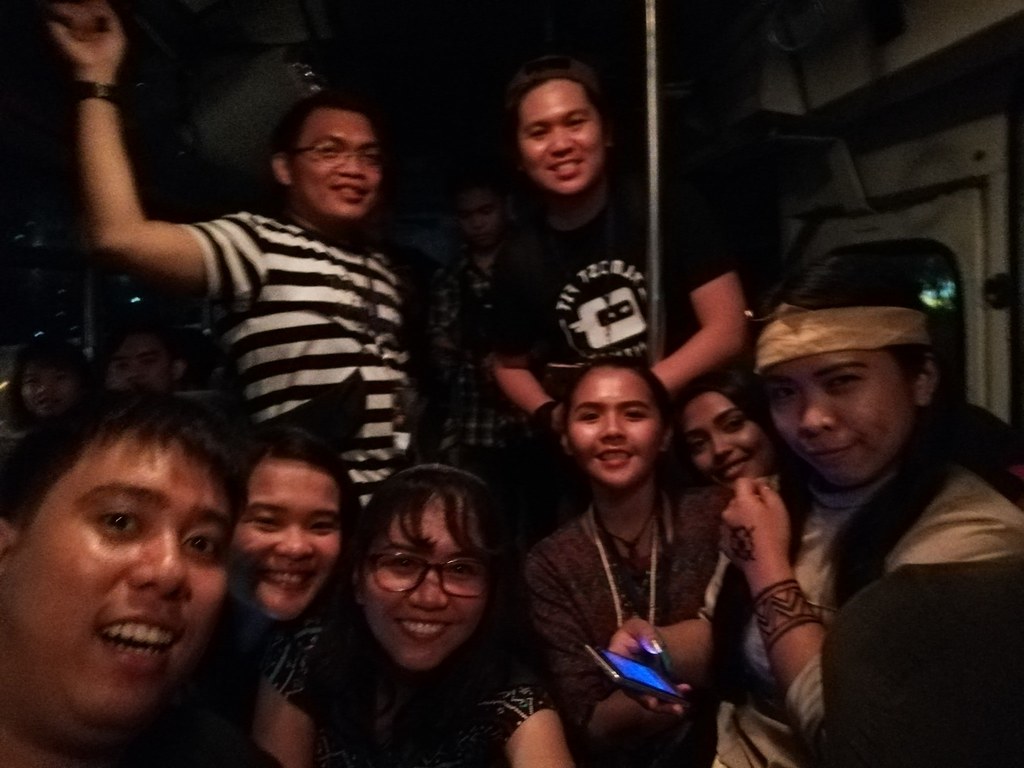 Inside the bus provided by the city government were participants and performers.  We were all crammed inside, laughing and giggling with strangers. It was one hilarious ride!

A Loud Welcome in Mandaue City

We didn’t know what to expect in Mandaue City. So imagine our surprised faces when we were welcomed with the loud banging of drums the moment we disembarked the bus! Right in front of us were the reigning queens of Mandaue and street dancers. My friends definitely enjoyed dancing along with the performers. 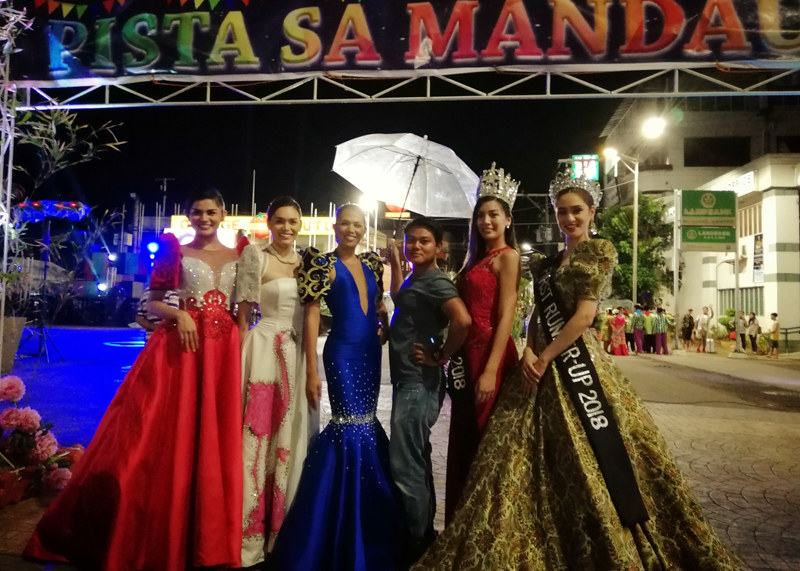 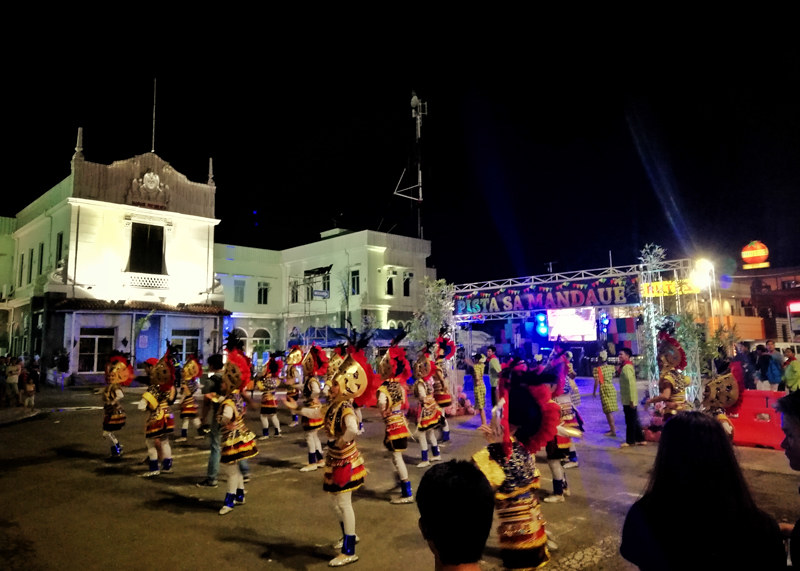 I stayed put at the sides because for the life of me, I couldn’t dance to save my life.

Our energies were literally drained after all that merry dancing and laughing in Mandaue City. When we boarded the bus going to Cebu City, I was already bone-tired. We dropped by Museo Sugbo for a few minutes to just look around before we finally bid goodbye. 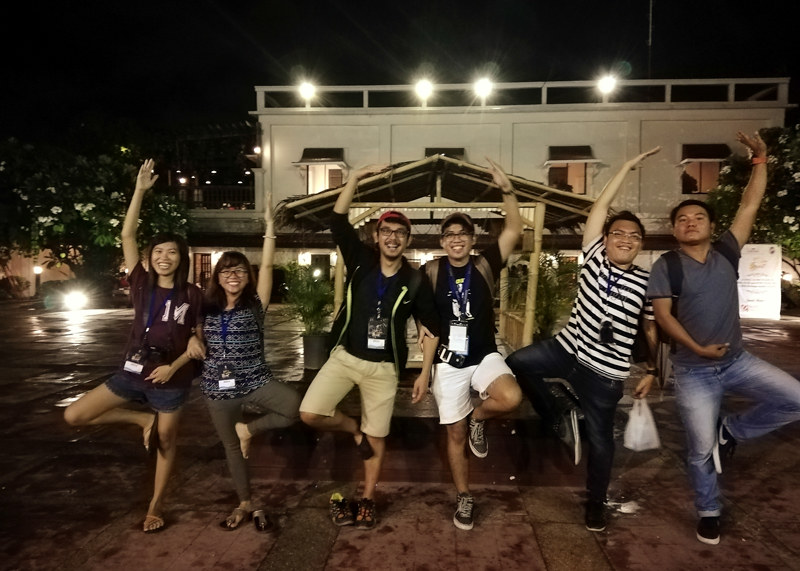 It was almost twelve midnight and two of my friends and I went to our last destination – the Magellan’s Cross. 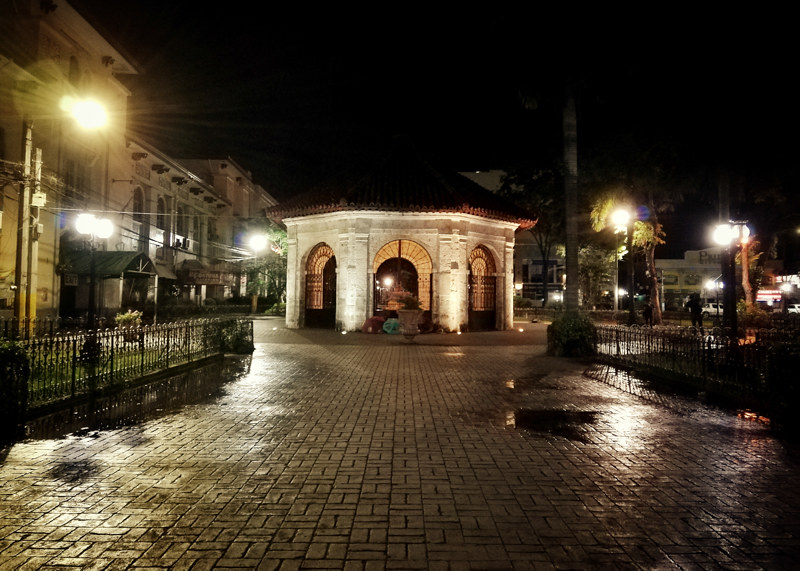 There was no one else around. It was so quiet – so different from normal days. I took the chance to take a good shot of the Magellan’s Cross. 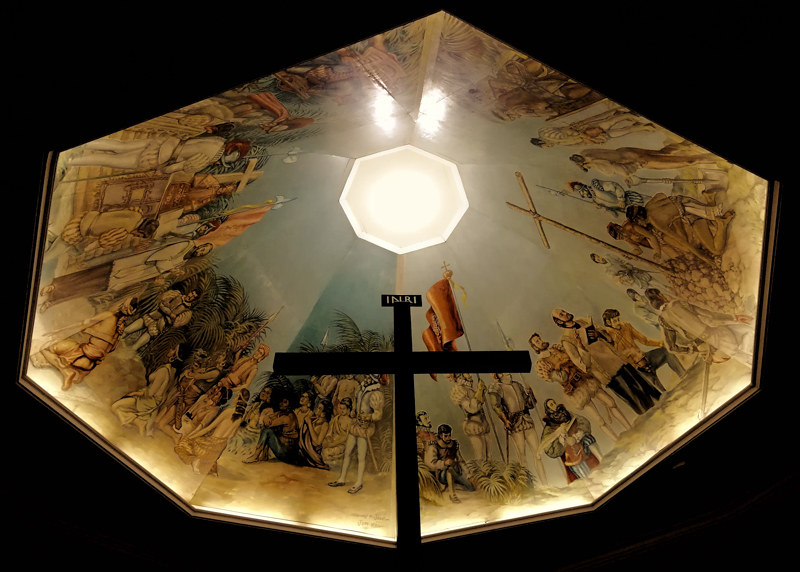 The cross that changed the Philippine history.

It is only when we trace our roots that we get a sense of direction to our future. Knowing where we came from and understanding how our ancestors lived gives us a guide on how we should live our lives.

For me, that’s what the balangay represents for us today. To remind us of what we lost from years of colonialism; that we used to have this fearless approach to life and to face the unknown.