Two years ago, my best friend and I’s NYE experience in Indonesia was a bit of a culture shock. This time, we decided to see what Malaysia has in store for us. I thought it would be nice to spend it in the food capital of the country – Penang.

Penang is all about food and visiting this part of the world means you can’t be on a diet. In fact, we were constantly eating the moment we checked in to our Airbnb up until we boarded the plane to our next destination. Who cares about that extra pounds when the food is absolutely amazing!

We were staying in George Town and I heard NYE celebrations in this colorful city is interesting. That morning, I bought a dress that I don’t usually wear but I bought it anyway because it felt good wearing it. You see, I rarely dress up and I don’t even feel that confident wearing a dress. But that day, I really liked looking at myself. I haven’t felt that great in a long time.

By nightfall, we dolled up and headed out to the streets. Mind you, the dress I was wearing clearly accentuated my breasts. I was also not wearing a bra. To hell with bras!

Believe it or not, I have always been ashamed of my figure because I’m a small person with a large bust. Growing up, I would try to hide it because I didn’t want any unwarranted attention from men. I’ve had this fear that wearing revealing clothes can be mistaken for leading men on. That may sound like I’m just being cautious but that kind of mindset is like a poison slowly killing yourself. You start to feel extremely uncomfortable when somebody stares at you. You start hating your body and without knowing it, you slowly envision a poor self-image of yourself. So lately, I’ve been trying to be more adventurous by wearing things I usually don’t wear. 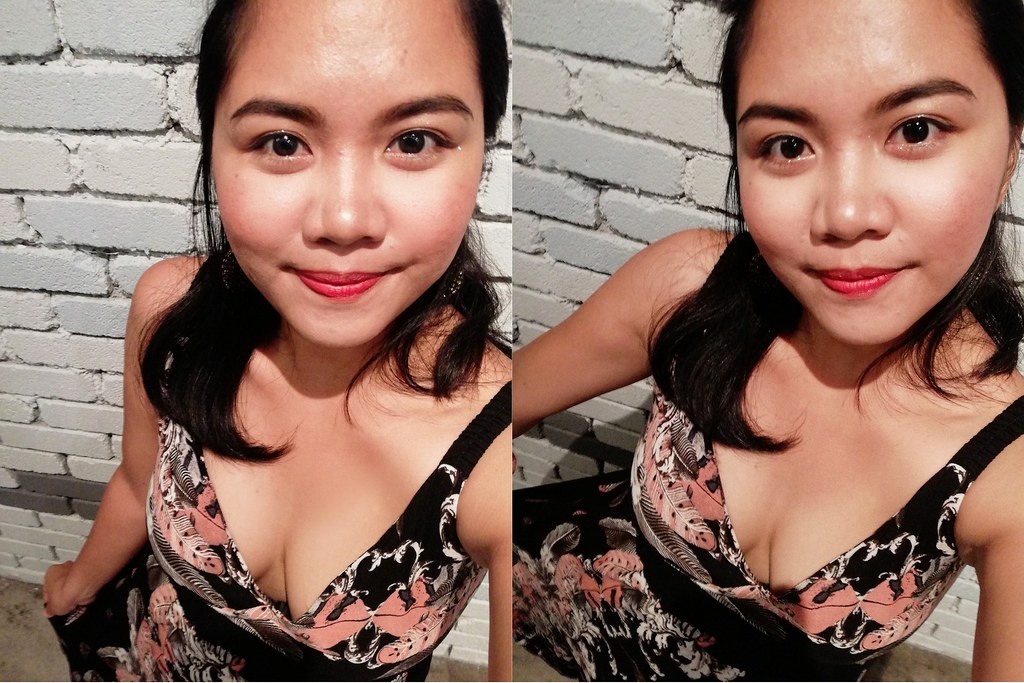 Anyway, we just walked around George Town to look for fun. It’s worth noting that George Town has a fun and eclectic nightlife scene. There were dozens of street shows and parties in every street we passed by.

My friend and I went inside a food bazaar and I can see guys were staring at me because of my outfit. It was uncomfortable because they were staring at me the whole time I was eating. But because I didn’t show any interest at them, they didn’t approach our table and proceeded to mind their own business.

At one point, a guy suddenly approached us and started making small talk. He then tried to ask for our number or social media profile. We politely declined and he said, “It’s okay. Enjoy your vacation in Penang, lovely Filipinas!” He went off with a smile on his face. We ran into him again that night and he just waved at us. 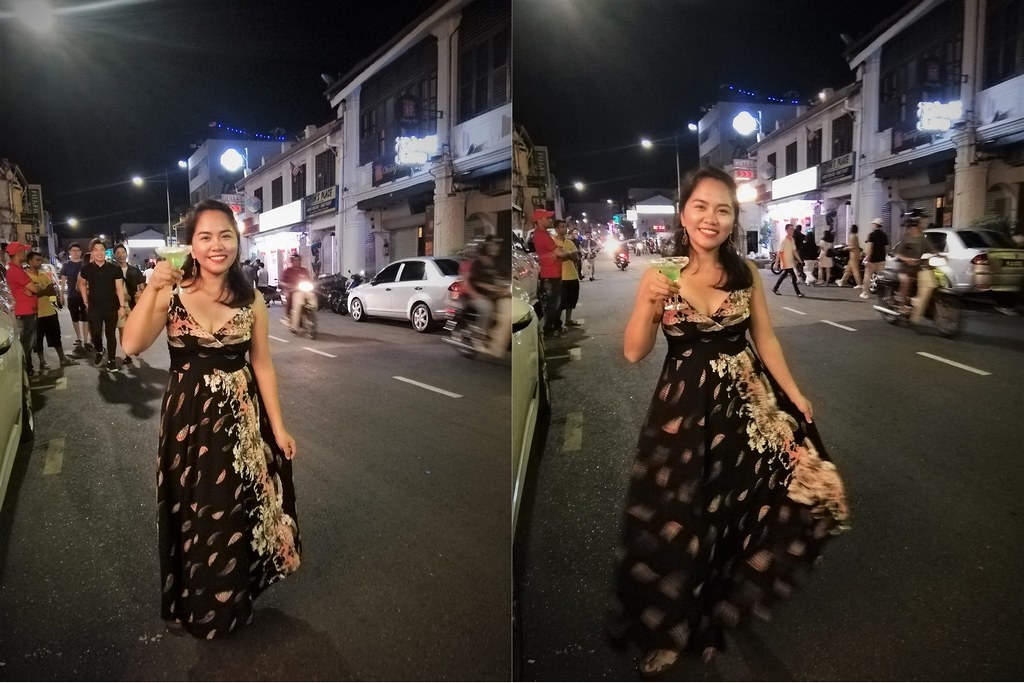 A few hours before midnight, we started looking for a good spot to just chill and wait for the new year countdown. We found a bar with a good vantage point of The Komtar Tower. We were sipping margaritas and even then, I could still see men inside the bar staring but didn’t bother us because we weren’t showing any interest. To be honest, I just don’t like meeting anyone at this point in life. LOL.

After the new year countdown, we immediately left and walked back to our Airbnb. We were being extra careful the whole night. As a female traveler, I know that I should always be vigilant. We didn’t drink too much alcohol because that leads to poor decision-making and accidents. We also avoided the parties and sketchy streets. Still, anything can happen anytime.

As we were approaching our Airbnb, we suddenly felt cold, sweaty hands touching our shoulders. My friend and I immediately put ourselves in a defensive position because no one else was on the street and it was way past midnight. We didn’t notice that a fucking old Chinese guy was tailing us. Luckily, we were still two blocks away from our Airbnb. I don’t want to think what could’ve happened if he managed to follow us right at the doorsteps.

We told him to stop touching us and he backed off a little bit but continued to follow us anyway. At this point, I told my best friend that we should go to a nearby coffee shop if he still won’t go away. We started walking as fast as we can and as we were aproaching the last block towards our Airbnb, he managed to grab us again and tried to put his arm around our shoulders. My friend immediately blurted out, “If you touch us again, we will call the police.” And to that, he sped off.

I didn’t plan on writing about this because it wasn’t exactly a big deal for me. I’ve experienced far worse and as much as possible, I don’t want to uncover that part of my life anymore. But I realized that this particular incident was rather interesting. It made me realize that there are indeed two types of men in the world.

Remember, there were a bunch of men who stared and even approached us that night, but why did they not force themselves on us? Why did we not experience unwelcome sexual advances from them?

Because they understood that when women say no, it’s NO.

This incident didn’t spoil the fun I had in Penang. This will also not make me dress more ‘modestly’ just to be ‘respected’ or not get raped. I particularly liked what Miss Universe 2019 Zozibini Tunzi said about this. When she was asked about the emotional, physical, sexual, and economic abuse that women in South Africa face, she answered, “We have absolutely no reason to keep smiling because South African women are dying every day, and mostly, people are doing nothing about it. I think it’s time that we stop asking women what to do and start asking perpetrators to do better, to be better.”

So long as I am not disrespecting the dress code and culture of a country, I will continue wearing whatever makes me feel good about myself. 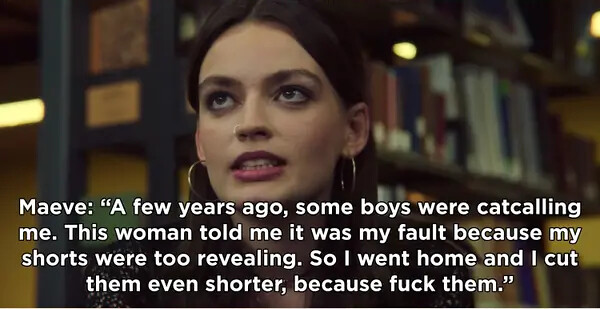